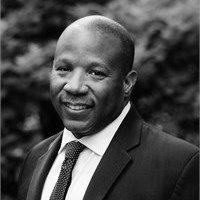 Dr. Robert Livingston is a social psychologist and a leading expert on the science underlying bias and racism in organizations. For two decades, he has served as a diversity consultant to scores of Fortune 500 companies, public-sector agencies, and non-profit organizations. Prior to joining the Harvard Kennedy School in 2015, he held full-time faculty positions at the University of Wisconsin-Madison, Northwestern University’s Kellogg School of Management, and the University of Sussex, where he was Professor and Chair of the Organizational Behavior area as well as the founder and faculty director of Centre for Leadership, Ethics, and Diversity (LEAD).

His research ranges from micro-level experimental investigations of the psychological and physiological processes that underlie implicit bias (e.g., stereotyping, prejudice)—to more macro-level examinations of discrimination in society and the workplace, particularly in upper-level leadership positions. For example, his research on the “Teddy Bear Effect” finds that Black CEO’s, but not White CEOs, benefit from “disarming mechanisms” such as babyfaceness, which make them appear warmer and less threatening. He also conducts research on “intersectionality” exploring qualitative differences in the nature of social disadvantage facing leaders from distinct groups. This work suggests that Black men tend to be stigmatized, whereas Black women tend to be marginalized, and White women tend to be subordinated.

Dr. Livingston’s work has been published in top-tier academic journals such as the Journal of Personality and Social Psychology, Academy of Management Journal, Psychological Science, Personality and Social Psychology Bulletin, and Leadership Quarterly. It has also been featured in popular press outlets such as the New York Times, Wall Street Journal, Financial Times, BBC, Newsweek, USA Today, MSNBC, and Harvard Business Review. His article “How to Promote Racial Equity in the Workplace” was the winner of the 2020 Warren Bennis Prize, awarded to the best article on leadership published in Harvard Business Review each year.

His groundbreaking approach to combatting racism is detailed in his book The Conversation: How Seeking and Speaking the Truth about Racism Can Radically Transform Individuals and Organizations published by Penguin Random House in February 2021. It was selected from among 600 entries as one of six finalists for the Financial Times & McKinsey Best Book of 2021 Award.

Livingston, Robert. The Conversation: How Seeking and Speaking the Truth About Racism Can Radically Transform Individuals and Organizations. Currency, 2021.

Outside Professional Activities For Robert Livingston