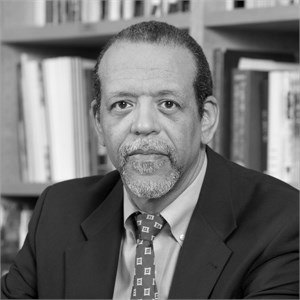 Ronald F. Ferguson is an MIT-trained economist who focuses social science research on economic, social, and educational challenges.  He has been on the faculty at Harvard’s John F. Kennedy School of Government since 1983, after full time appointments at Brandeis and Brown Universities. In 2014, he co-founded Tripod Education Partners and shifted into an adjunct role at the Kennedy School, where he remains a faculty affiliated at the Malcolm Wiener Center for Social Policy and faculty director of the Achievement Gap Initiative (AGI).

During the 1980s and ‘90s Ron focused much of his attention on economic and community development. That work culminated in the social science synthesis volume Urban Problems and Community Development (1999), which remains an important text in graduate policy courses.

By the late 1980s he had begun to study education and youth development because academic skill disparities were contributing to growing wage disparity. During the 1990s and early 2000s, his writings on the topic appeared in publications of the National Research Council, the Brookings Institution, the U.S. Department of Education, and various books and journals. In December 2007, Harvard Education Press published his book Toward Excellence with Equity: An Emerging Vision for Closing the Achievement Gap. A February 2011 profile of Ron in the New York Times wrote, “there is no one in America who knows more about the gap than Ronald Ferguson.”

For the past several years, Ron’s focus as AGI director has been an initiative first entitled the Boston Basics. Now renamed simply The Basics, the project has moved out of Harvard into a nonprofit organization, The Basics, Inc. Beginning in 2016, implementation has spread to more than three-dozen other cities in The Basics Learning Network. The Basics Strategy takes a socio-ecological saturation approach, collaborating with many partners to reach extended families with with five The Basics Principles of caregiving advice for parenting infants and toddlers.

Also focused on parenting, Ron and co-author Tatsha Robertson have written The Formula: Unlocking the Secrets to Raising Highly Successful Children, published in February, 2019. Based on the life stories of extremely successful young adults, as told by them and their parents, the book reveals on eight principles or parental roles that appear repeatedly throughout the stories of families from a wide range of racial, ethnic, and income-level backgrounds.

Ron holds an undergraduate degree from Cornell University and a PhD from MIT, both in economics. He is happily married and the father of two adult sons.

Strategies and Policies for Educational Excellence with Equity

Outside Professional Activities For Ronald Ferguson