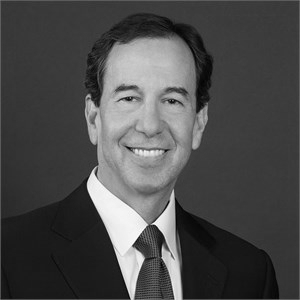 Ronald Heifetz is among the world’s foremost authorities on the practice and teaching of leadership. He speaks extensively and advises heads of governments, businesses, and nonprofit organizations across the globe. In 2016, President Juan Manuel Santos of Colombia highlighted Heifetz’s advice in his Nobel Peace Prize Lecture.

Heifetz founded the Center for Public Leadership at Harvard Kennedy School where he has taught for nearly four decades. He is the King Hussein bin Talal Senior Lecturer in Public Leadership. Heifetz played a pioneering role in establishing leadership as an area of study and education in the United States and at Harvard. His research addresses two challenges: developing a conceptual foundation for the analysis and practice of leadership; and developing transformative methods for leadership education, training, and consultation.

Heifetz co-developed the adaptive leadership framework with Riley Sinder and Marty Linsky to provide a basis for leadership research and practice. His first book, Leadership Without Easy Answers (1994), is a classic in the field and one of the ten most assigned course books at Harvard and Duke Universities.  Heifetz co-authored the best-selling Leadership on the Line: Staying Alive through the Dangers of Change with Marty Linsky, which serves as one of the primary go-to books for practitioners across sectors (2002, revised 2017).  He then co-authored the field book, The Practice of Adaptive Leadership: Tools and Tactics for Changing your Organization and the World with Alexander Grashow and Marty Linsky (2009).

Heifetz began his focus on transformative methods of leadership education and development in 1983. Drawing students from throughout Harvard’s graduate schools and neighboring universities, his courses on leadership are legendary; his core course is considered the most influential in their career by Kennedy School alumni. His teaching methods have been studied extensively in doctoral dissertations and in Leadership Can Be Taught, by Sharon Daloz Parks (2005).

A graduate of Columbia University, Harvard Medical School, and the Kennedy School, Heifetz is both a physician and cellist. He trained initially in surgery before deciding to devote himself to the study of leadership in public affairs, business, and nonprofits. Heifetz completed his medical training in psychiatry, which provided a foundation to develop more powerful teaching methods and gave him a distinct perspective on the conceptual tools of political psychology and organizational behavior. As a cellist, he was privileged to study with the great Russian virtuoso, Gregor Piatigorsky.

Leadership from the Inside Out: The Capacity to Lead and Stay Alive–Self, Identity, and Freedom

Leadership from Inside Out: Self, Identity, and Freedom–with a Focus on Anti-Black Racism and Sexism

Outside Professional Activities For Ronald Heifetz