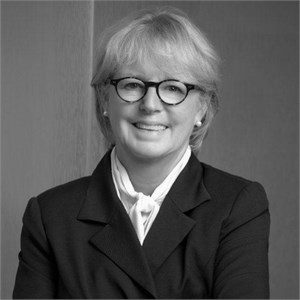 Sheila P. Burke is Adjunct Lecturer in Public Policy. She served as Executive Dean of the school from 1996 – 2000. Previously she had been Chief of Staff to former Senate Majority Leader Bob Dole (1985 – 1996), a professional staff member of the Senate Committee on Finance (1979 – 1982), and Deputy Staff Director of that committee (1982 to 1985). She is a member of the National Academy of Medicine, National Academy of Sciences, and a fellow of the National Academy of Public Administration and the American Academy of Nursing. She serves on the adjunct faculty at Georgetown University and is a Distinguished Visitor at the O’Neill Institute for National and Global Health Law, Georgetown Law Center. She serves on several boards including the Commonwealth Fund, Abt and Ascension Health Care and serves as a Regent for the Uniformed Services University for the Health Sciences and on the Board of Visitors for the School of Nursing and Health Administration at Georgetown University. She served as a member of the Medicare Payment Advisory commission (MedPAC) (2000-2007), the Kaiser Family Foundation (1999-2008), serving as Chair from 2005 – 2008. Burke, who also serves as a Senior Public Policy Advisor at Baker Donelson in Washington, D.C., is married and has three children. Burke holds an MPA from the Kennedy School, a BS in nursing from the University of San Francisco, and worked as a staff nurse at Berkeley, California.