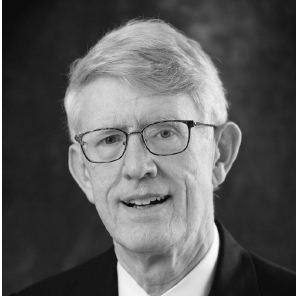 Thomas Glynn is an adjunct lecturer in public policy. From 2012 to 2018 he was the CEO of the Massachusetts Port Authority which includes Logan International Airport, Hanscom Airport, Worcester Regional Airport, and four Maritime businesses in the Working Port of Boston including a Cruiseship port, a Container terminal and an Autoport. Massport also has significant real estate portfolios in the South Boston Seaport and East Boston Waterfront.

From 1989 to 1991 Glynn was the General Manager of the Massachusetts Bay Transportation Authority which included subway, trolley, bus, paratransit and commuter rail services for Greater Boston.

Glynn has also served in a variety of other public service jobs – Deputy Secretary of Labor in the Clinton Administration, Deputy Commissioner of Welfare under Governor Dukakis and Executive Director of a White House Task Force on Youth Employment in the Carter-Mondale Administration.

In the nonprofit sector Glynn served from 1996 to 2010 as Chief Operating Officer of Harvard affiliated Partners HealthCare and from 1991 to 1993 as CFO of Brown University. Glynn is a fellow of the National Academy of Public Administration. He has a BA from Tufts University and a PhD from Brandeis University where he wrote his dissertation on Implementation. Glynn taught for four semesters at the Harvard Kennedy School in academic years 2010-2011 and 2011-2012.

In addition to his teaching duties, Glynn is the CEO of the Harvard Allston Land Company which is the unit responsible for developing the 14 acre Enterprise Research Campus in the Allston neighborhood of the City of Boston, Massachusetts.