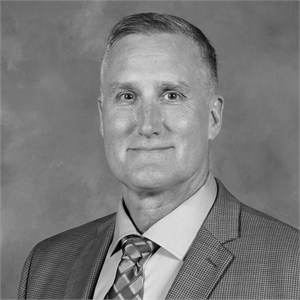 Bill Rapp is a Lecturer in Military Affairs in the Belfer Center at Harvard Kennedy School, the Faculty Chair of the Senior Executive program in National and International Security, and the Faculty Chair for the National Security Fellows program.  He joined the faculty at HKS in 2017 after serving more than 33 years as an active duty Army officer, retiring as a Major General.  During his career, he served over five years in Germany, a year in Japan, and three and half years in Iraq and Afghanistan.  He commanded an airborne engineer company in the First Gulf War, an engineer brigade in Iraq in 2005-6, and was Deputy Commander (Support) for US Forces in Afghanistan in 2011-12.   He was the Army’s senior liaison to the U.S. Congress, Commandant of the United States Military Academy, and most recently served as the Commandant of the U.S. Army War College in Carlisle, Pennsylvania.  His research interests include civil-military relations and organizational leadership.  A graduate of West Point in 1984, he holds a Masters in Strategic Studies from the US Army War College and a Masters and PhD in Political Science from Stanford University.

Senior Executives in National and International Security
Combines world-class experts and an outstanding curriculum to provide a stimulating environment to think deeply about the most pressing national and international security challenges.