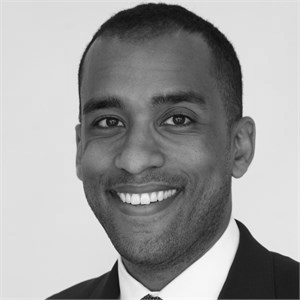 Yohannes Abraham is an Adjunct Lecturer in Public Policy at the Harvard Kennedy School, where he previously served as a Residential Fellow at the Institute of Politics.

Prior to Harvard, Abraham served as Senior Advisor at the Obama Foundation, helping to set up the new organization as interim Chief Operating Officer. Before joining the Obama Foundation, Abraham served in the White House as Senior Advisor to the National Economic Council and  Deputy Assistant to the President and Chief of Staff of the Office of Public Engagement and Intergovernmental Affairs. In his role as Senior Advisor Valerie Jarrett’s top aide, he oversaw the team tasked with engaging state and local governments, the private sector, organized labor, and advocacy groups across the spectrum to inform and promote President Obama’s policy priorities. These roles placed him in the middle of many of the second term’s priority legislative, confirmation, and communications battles.

Abraham first began working for then-Senator Obama during his Iowa Caucus campaign in 2007. He went on to serve as Senator Obama’s Virginia Field Director in the 2008 general election. During President Obama’s first term, Abraham served in the White House Office of Legislative Affairs and as National Political Director of Organizing for America. Abraham was then one of the first staffers selected to help set up the Obama-Biden 2012 re-election campaign.

A native of Springfield, Virginia, Abraham received his BA from Yale College. He received his MBA with high distinction from Harvard Business School, where he was a Baker Scholar. He resides in Alexandria, Virginia and sits on the Democratic National Committee's Rules and Bylaws Committee.