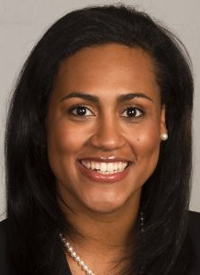 Jeita Deng is associate dean and chief financial officer at Harvard Kennedy School. Jeita has been a financial professional in the public and nonprofit sectors for over a decade. Since 2012, she has worked at HKS, first as the associate director of finance and most recently as its chief financial officer. Prior to joining HKS, Jeita served as the budget director for the House Committee on Ways and Means for the Commonwealth of Massachusetts. In 2013, Jeita was appointed by Governor Deval Patrick to the Commonwealth’s Debt Affordability Commission. Outside of her role at the Kennedy School, Jeita is a freshman proctor at Harvard College, serving as a residential and academic advisor to first year students. She also has a long history of service on several nonprofit boards in Massachusetts with a particular focus on educational institutions.