Executive Director, Programs of the Ash Center for Democratic Governance and Innovation 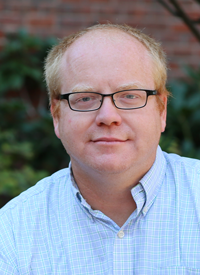 As executive director for programs for the Ash Center for Democratic Governance and Innovation, Tim Glynn-Burke works closely with Ash Center faculty and staff on research and publications; practitioner networks, training, and other engagement initiatives; public events and programming; communications and dissemination; student support and co-curricular opportunities; and research fellowships. Since joining the Ash Center in 2006, Tim has held a number of roles including associate director for democratic governance and student programs and research associate for innovation in government. He is a contributing author with Stephen Goldsmith and Gigi Georges on The Power of Social Innovation: How Civic Entrepreneurs Ignite Community Networks for Good (2010) and co-author on a series of three occasional papers from the Ash Center titled Improving the Local Landscape for Innovation (2013). Tim received his MS in public affairs from the John W. McCormack Graduate School of Policy and Global Studies at the University of Massachusetts Boston in 2006, when he studied international relations with a focus on democracy promotion in U.S. foreign policy. He has enjoyed public service roles in the areas of affordable housing, youth development, and community relations, and received his BS in public health from the University of North Carolina at Chapel Hill in 1997.