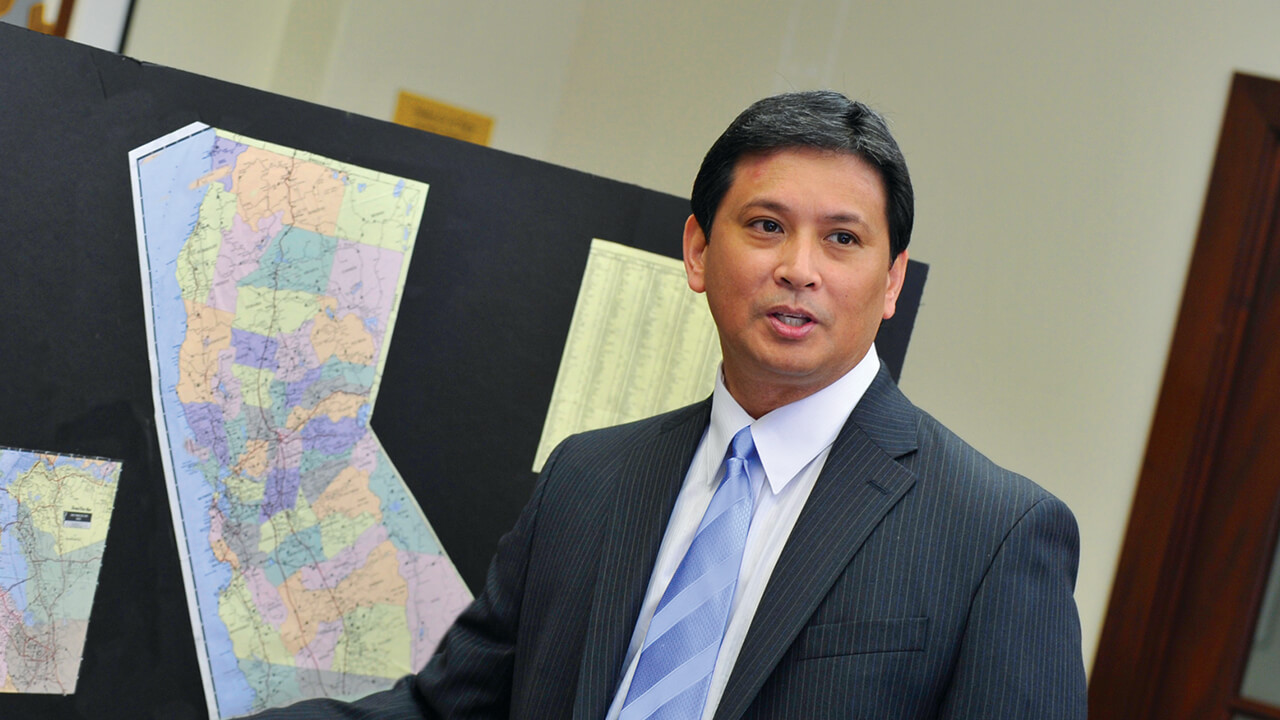 Angelo Ancheta MC/MPA 2000 and the power of drawing lines

California’s civic experiment placed the power of redistricting in the hands of citizens.

IN 2008 AND 2010, Californians voted to establish the California Citizens Redistricting Commission—a citizen-run, independent commission that would redraw district boundaries for both state and congressional elections. In acknowledgment of its success, the commission was recently given the 2017 Roy and Lila Ash Innovation Award for Public Engagement in Government by the Ash Center for Democratic Governance and Innovation. HKS Magazine spoke to Angelo Ancheta MC/MPA 2000, who served on the 14-member commission.

Q: How was the commission selected?

We were selected through a multistep process that guaranteed a balanced, independent body that represented the state’s demographics. We were drawn from a variety of professions. It’s a highly educated group with extensive experience in and out of government. Only a couple of us had direct experience with redistricting, but several had been involved in local government and understood the process. Some had worked on electoral reform; some had been involved in city planning.

Q: What were the advantages to a citizen-run redistricting?

One major advantage was that we were not incumbents trying to protect our own districts. That’s the problem with so-called normal redistricting. You have incumbency protection as a value. None of us were incumbents, and none of us were beholden to an incumbent or to a party or to a particular map.

Q: What was the most important element in the commission’s success?

Probably the shared values and teamwork. Redistricting is renowned for being behind closed doors—legislators working on maps and cutting deals. We were all committed to public hearings—to opening up the process—so if folks wanted to come in and present maps or just talk about their concerns, there was an open door. We wanted as much as possible to rely on public testimony to figure out what the best maps were. Those values were really important and drove a lot of the problem solving.

Q: What were some of the commission’s most difficult challenges?

Like any process, particularly when it comes to drawing maps, you get a lot of differences of opinion, and some of the opinions, while not overtly partisan, were rooted in partisan concerns. Not everything was unanimous, but we tried as much as possible. The commission came into existence because the voters didn’t like the previous process. This was an experiment that we all wanted to succeed.

Q: Any public feedback on the commission’s work?

We didn’t do extensive public opinion polling after drawing the maps, but one of our maps was challenged and was placed on the ballot for the public to weigh in on. The public overwhelmingly approved the map, which is a clear indicator that it supported our work. While members of the public may not be aware of every line that has been drawn, they know that gerrymandering can be a really big problem. California is not the first state to create a redistricting commission, but I think we came up with a good system that other states may want to emulate.