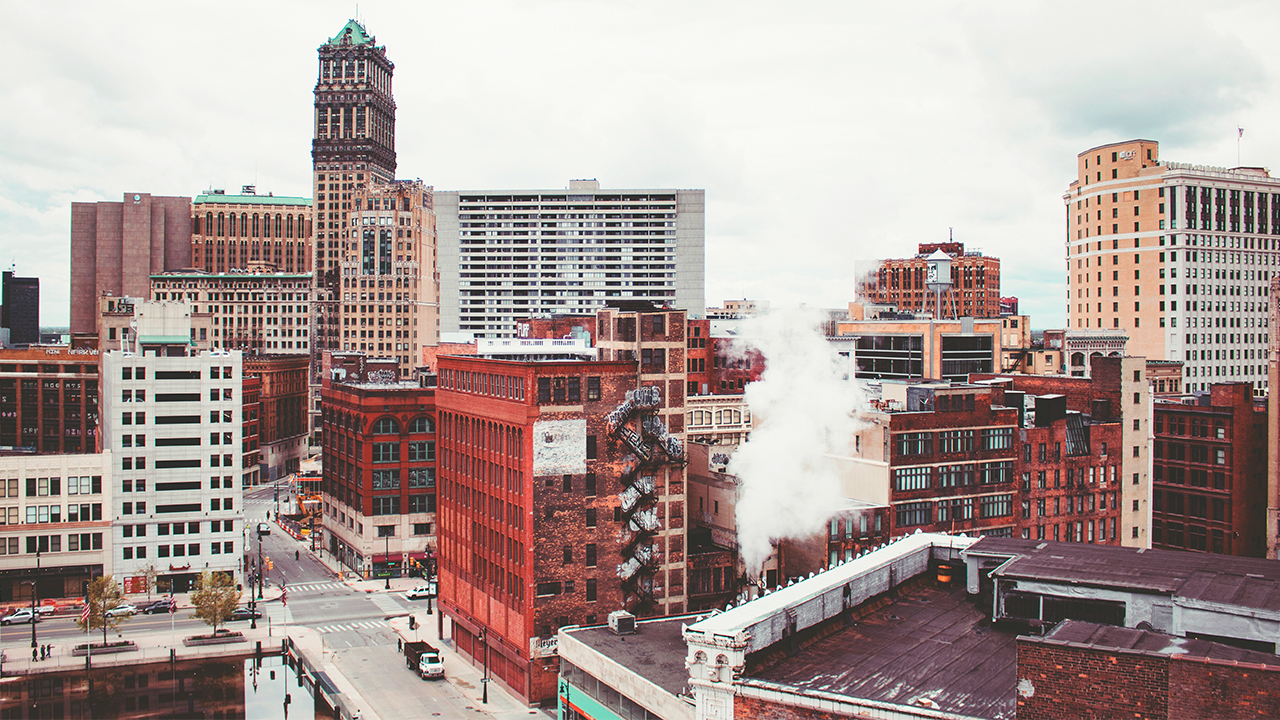 Fayrouz Saad MC/MPA 2015 is a champion for her hometown.

Abandoned buildings, distressed neighborhoods, and crime: these are the images that many Americans conjure up when they think about the city of Detroit. With the largest municipal bankruptcy case in US history and a population that declined by 25 percent between 2000 and 2010, Detroit has suffered the effects of many structural changes to its economy, including the shrinking of the automobile industry.

But where others see despair, Fayrouz Saad MC/MPA 2015 sees opportunity. An unabashed champion of her hometown, Saad is now making a difference in Detroit thanks in no small part to a class she took at the Kennedy School. The course, Policymaking in Urban Settings (taught by James Carras MC/MPA 1980), offered her insight into economic development and the impact of discrimination on housing and employment. Perhaps more important though, was an assignment to write a policy memorandum for a mayor of her choosing that outlined recommendations based on what she had learned in class.

“Of course, I chose the mayor of Detroit,” says Saad. “Given my experience and passion, I started to wonder why Detroit didn’t have an office of immigrant affairs, someone who engaged with immigrants on behalf of the city.”

The daughter of Lebanese immigrants, Saad had long been politically active: before coming to the Kennedy School for the mid-career program, she had worked at the local, state, and federal levels on issues that affected immigrants like her father, who owns a halal butcher shop.

“I watched my parents and saw the success my dad was able to have in Detroit as an immigrant and as a small business owner, and I wanted others to have that success,” says Saad. “As an Arab-Muslim-American, I feel—especially nowadays—that I want to represent and empower immigrant communities. These communities are already marginalized and struggling, but they have so much potential. They’re willing to take risks and are so devoted to their neighborhoods.”

She turned in a policy memo that outlined steps the mayor could take to better serve Detroit’s immigrant population, which numbers approximately 400,000. Meanwhile, she became known among her classmates as the “Detroit Cheerleader” because she frequently discussed the positive aspects of her hometown.

Because of these conversations, several of her classmates mentioned they would be interested in learning more about the city. Another classmate, Nada Zohdy MPP 2015, who is also from Detroit, told Saad about the Dubin Leadership Service Seminars at the Kennedy School’s Center for Public Leadership (CPL). This program provides funding for students to plan a trip within the United States with other students to study an important regional policy issue and to learn from practitioners in the field.

“After I did my policy memo, I applied to this program to take students to Detroit to learn about leadership challenges and opportunities in Detroit in three policy areas—1) economic development, 2) public-private partnerships; and 3) social entrepreneurship—and we were accepted,” says Saad. “It was great because everything was funded. I was so surprised at the number of people who applied to come— altogether, around 20 people went on the trip, which took place between finals and graduation.”

Saad received positive feedback on the visit. “It went so well! We were there for six days and had a number of policy meetings with people, from the mayor to business leaders to grassroots organizations,” she said. “The theme of the trip was economic development, community development, and public-private partnerships.”

The trip proved to be fateful. “We were meeting with the mayor [Mike Duggan] and I asked him a question about immigrant integration,” says Saad. “He talked about some of the things he was doing, and I asked if anyone was working on them. And he then asked me if I would want that job! I was very surprised, but I said I would be interested. About a month later his staff called, I interviewed, and here I am!”

In her role as director of immigrant affairs for the city of Detroit, Saad works to help new and existing immigrants achieve economic prosperity.

“I connect immigrants with different programs to help get them on the pathway to success. Programming is the biggest piece of what I do: figuring out the strategy for the office, how the different economic development programs fit in, and how the immigrant community’s needs fit into what we’re doing overall,” she remarked.

Saad says the biggest challenge is finding time to do everything she wants to do. “I don’t want to feel like I’m neglecting anyone. These communities are so important, so I have to make sure I’m setting priorities and meeting goals.”

Saad says, “I wouldn’t be here right now if it weren’t for Harvard Kennedy School. I had thought about moving back to Detroit before, but I couldn’t figure out how or in what capacity.”

Fortunately, Saad’s passion for Detroit and her decision to take the Policymaking in Urban Settings course combined to launch her career—and a new era for immigrants—in Detroit.