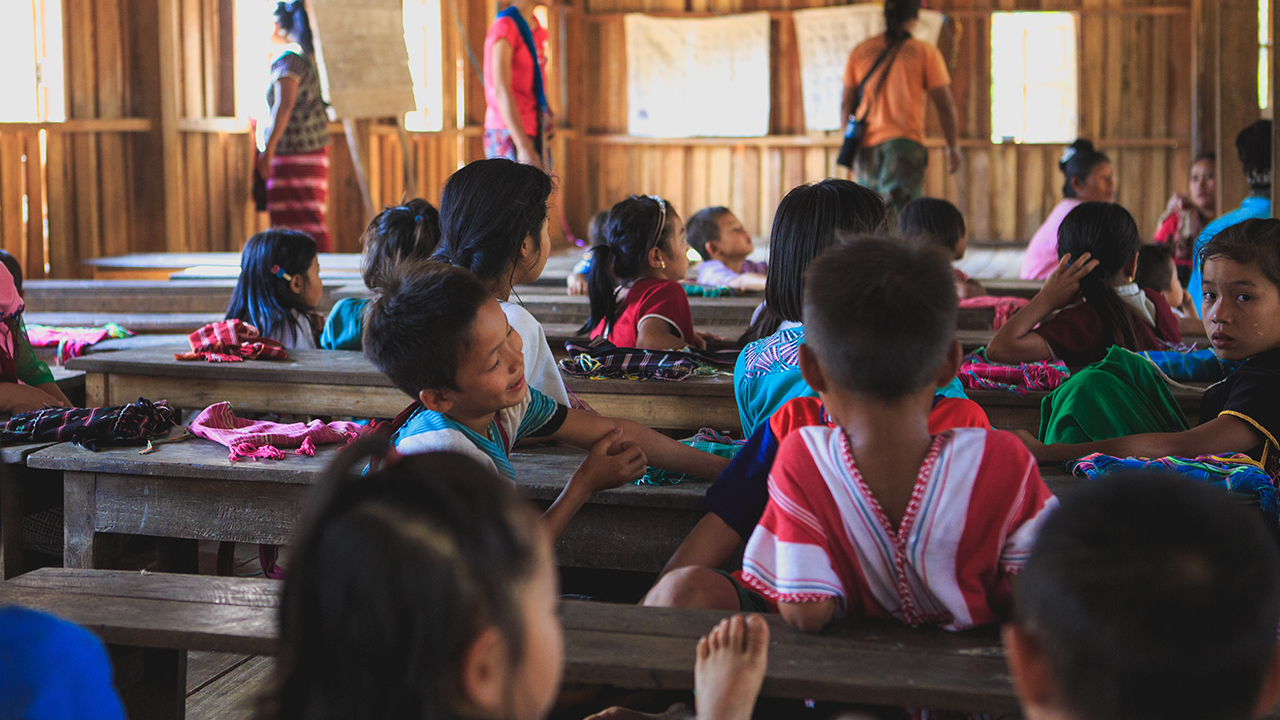 Avnish Gungadurdoss MPA/ID 2012 was born on the small African island of Mauritius to a family that saw the big picture.

“My father raised me to work hard for opportunities so I could understand their value,” he said. But growing up, he became increasingly aware of the devastating scale of poverty around the globe, and inequalities meant that hard work did not necessarily translate into opportunity.

He turned that awareness into action. Today, Gungadurdoss works to alleviate poverty as managing partner and co-founder of Instiglio, an organization that works with governments and international donors around the world to tie their funding of social programs to rigorously measured outcomes in low-income countries – an endeavor that was conceived at Harvard Kennedy School.

“I was always passionate about poverty alleviation, but my early experience left me disillusioned with the impact – or lack of it – that I saw in international development efforts,” he said. “I felt compelled to help improve the rules of the game.”

After working in Rajasthan, India with the Poverty Action Lab, Gungadurdoss applied to the MPA/ID Program at HKS to develop skills that would help him make a difference. “I enrolled in the MPA/ID Program to bridge rigorous academic theory and practice,” he said. “HKS really challenged me to expand my horizons and empowered me to take action.”

He recalled talking with classmates over lunches in the JFK Jr. Forum about his frustration with the lack of accountability and results in international development. His classmate Michael Eddy MPA/ID 2012 brought up social impact bonds (SIBs), a “pay-for-success” concept where governments pay for actual improved social outcomes, not just the execution of a project; investors provide the capital upfront. They wondered: why can’t this model be applied to international development? They resolved to launch an organization to refocus development programs on results.

Gungadurdoss, along with Eddy and Michael Belinsky MPP 2012, teamed up to create a business plan for implementing SIBs to public innovation in international development. Their idea was put to the test before long.

“We saw an ad for the Accenture Public Sector Innovation Award at the Harvard Innovation Challenge. We submitted our plan; as it happened, we won,” Gungadurdoss said. “It went from something promising to something real.” Instiglio was born.

Along with the prize money, they were awarded a three-month residency at the Harvard Innovation Lab to develop their model. When it came time to put it into action, the Instiglio team mined their network to identify potential markets and collaborators.

An introduction by an MPA/ID classmate landed Instiglio in the living room of Sergio Fajardo, the governor of Antioquia in Colombia, to pitch their endeavor. It was the break they needed. Their first project focused on reducing school dropout rates in the region – 19 percent of children dropped out of school before the age of fifteen.

Fast forward four years and Instiglio has worked with more than 30 leaders in 10 countries to change the practice of social spending. They have developed and implemented a series of results-based financing tools to foster the emergence of high-quality services in low-income countries.

For example, Gungadurdoss is working again in Rajasthan, India, where he is spearheading a project to increase the number of girls enrolled in school; some 40 percent drop out before reaching the fifth grade. It is the first of its kind to apply the development impact bond (DIB) model to education. With DIBs, a donor pays for successful performance outcomes, rather than the government.

“Our goal is to build momentum with the experimentation and adoption of this pilot model in international development,” he said.

Instiglio is now partnering with HKS Senior Lecturer in Public Policy Dan Levy, faculty chair of the school’s SLATE teaching and learning initiative, to develop a case study that examines how this project is introducing a new model of social service delivery.

How did his HKS experience shape the trajectory of Instiglio? Gungadurdoss cited many of the skills he honed at HKS as invaluable, including technical skills, but also the soft skills of negotiations, leadership, and change management.

“I learned how valuable non-technical skills are in the real world,” he said. “Without them, you can’t shift your audience’s thinking.” And what advice would he give new students? “Approach the curriculum with an eye to developing self-awareness and introspection. Value your interactions with classmates. See connections, broaden them.”

Of his continuing journey with Instiglio, Gungadurdoss said “it’s a complex process, and it never stops challenging me. I am truly grateful to HKS for all it has offered – and all it continues to offer.”