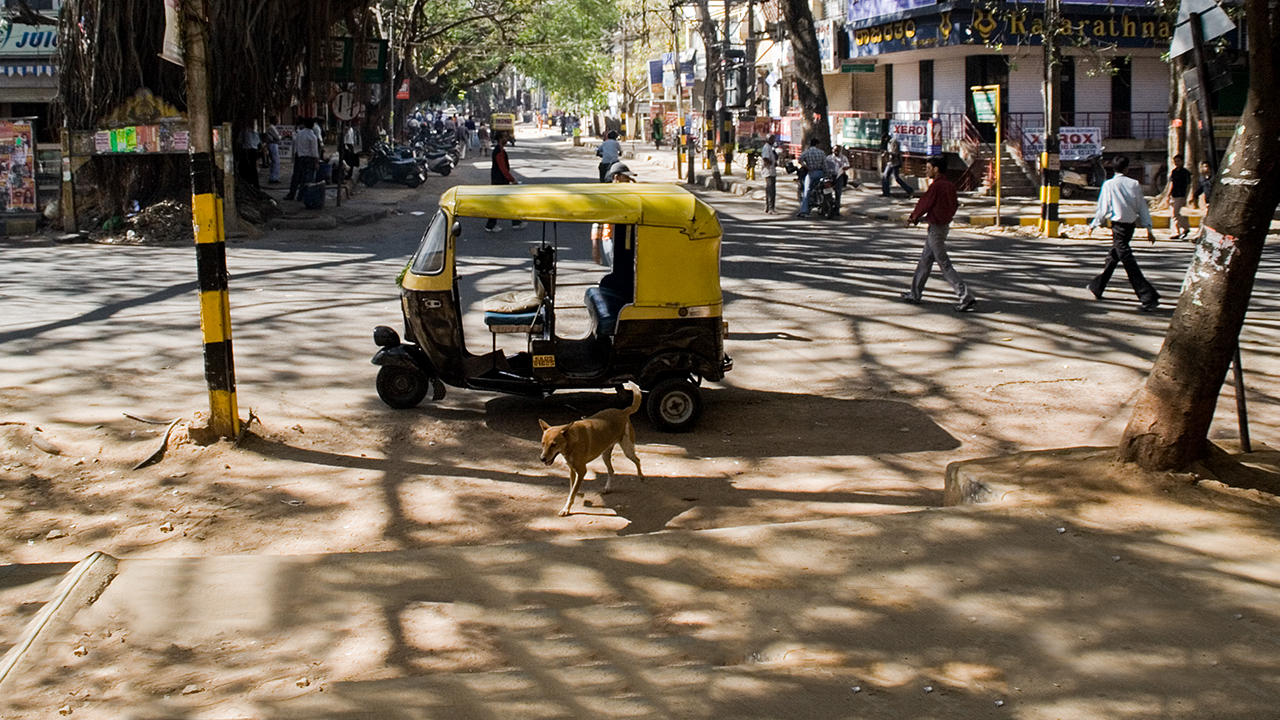 Expanding human capital from the ground up

Ramaswami “Balu” Balasubramaniam MC/MPA 2010 ensures all stakeholders have a voice in policy.

“So long as the millions live in hunger and ignorance, I hold every person a traitor who, having been educated at their expense, pays not the least heed to them!”

A renowned Hindu monk named Swami Vivekananda spoke these words in the late 19th century. More than a hundred years later, Ramaswami “Balu” Balasubramaniam MC/MPA 2010 and Mason Fellow heard this quotation for the first time and took it as inspiration for his life’s work.

Balu’s awakening at the young age of 17 was provoked by chance. He grew up in a typical middle-class family in Bengaluru (earlier known as Bangalore), India, and enjoyed what he described as the usual Indian middle-class aspirations: to be admitted to engineering or medical school, to go abroad, and to build a life. Indeed, that’s what happened to his entire family, all of whom now live in the United States. But Balu was different. He was accepted to an engineering school, and even though it was his second-choice university, he was excited to start learning about information technology. An Indian tradition called ragging, though, set him on a different path. Ragging is a brutal form of hazing that has permeated universities in India since the British colonial era but is now banned by law. During his first day of engineering school, Balu was so intensely hazed that he didn’t have the courage to go back for his second day.

His former engineering school happened to be located next to an ashram (a holy Indian religious institution) that promoted the work of Swami Vivekananda, whose teachings focused on inclusiveness, spiritual wellbeing, and improving human welfare. Lacking a place to go for his second day of school, Balu visited the holy site and was hooked. “Swami Vivekananda changed my life,” he says. “His books— A Call to the Nation and To the Youth of India—emphasize that education isn’t for you, but is a means to put yourself to good use for others.”

He did this in spades. Shortly after learning of Swami Vivekananda’s message, Balu recalibrated his thinking and was admitted to medical school. Soon, as a young doctor in training, Balu led a group of medical students in founding the Swami Vivekananda Youth Movement (SVYM), designed to provide compassionate medical care to people in need, especially in rural parts of India. Based near Mysuru (earlier known as Mysore), the organization has grown to have a positive impact on more than two million Indians annually. SVYM now works at the grassroots and policymaking levels—and everywhere in between—to achieve improvements in the health, education, and prosperity of Indians nationwide.  The organization has been recognized with numerous awards and honors, including the 2015 Best NGO in India Award, from the Resource Alliance; the Excellence in Primary Health Care Award, from the World Health Organization (WHO); and the Civil Society Award, for outstanding work in the field of HIV/AIDS,  from the Joint United Nations Programme on HIV/AIDS (UNAIDS).

SVYM did not scale up overnight. “I received my master of philosophy degree in hospital administration and health systems management in 2001 and a public health degree in 2002, and I started to experiment with management. I thought, ‘I’ve led this organization for a long time, and I need to think about the future and about others taking over. And I heard about the Mason Program at the Kennedy School, and I thought it could fill in gaps in my knowledge.” He wasn’t disappointed. “The Kennedy School not only gave me the answers I was looking for; it also gave me the framework to ask the right questions. Questions like: How should one look at development? Is development just income growth? Or is it more than that?”

Today, he has formulated his own paradigm of development whereby, he says, “economic growth is not, in fact, growth at all. I look at it this way: How do you expand human and social capital? Doing this will, of course, have economic consequences. Building people in the four dimensions of human capital—that is, their physical, cognitive, emotional, and spiritual capacities—and enlarging their social network will enable them to create and absorb economic growth too. I believe that social development should result in economic consequences rather than hoping that economic growth will result in social development.

In keeping with this model, he says policy should not be imposed from the top down but instead should bubble up from the bottom. To achieve this goal, he started the Grassroots Research and Advocacy Movement (GRAAM), whose website notes that development must be evaluated from social, cultural, and political dimensions. As a public policy organization, GRAAM researches how to incorporate citizens’ perspectives with policies based on evidence, and how best to ensure that all stakeholders have a voice. When he returned to Mysuru following his time in Cambridge, this concept felt new, but now five years later, he says “GRAAM is known as a highly respectable policy think tank in India.”

Balu’s drive to give back includes service to his Harvard Kennedy School community. Last spring, he was elected to the School’s Alumni Board of Directors, which works to strengthen connections among HKS alumni across the globe by supporting alumni, current students, and the School. He says he ran for the board because “the Kennedy School gave new meaning to my life. So I give the School my time and passion because I believe in what the School gave me.” He also hopes to add to the board his perspective as someone from Southeast Asia, and to find potential students who could benefit from a Kennedy School education.

He says his biggest challenge in running SVYM is finding the means and talent to sustain its work. “It’s a huge operation, with 600 people working there. It is difficult to find the resources in today’s India, which has a climate that is increasingly not supportive of nonprofits,” he says. His hope is that he will be able to introduce potential new students to the idea of coming to the Kennedy School to study. He also hopes people will understand that the world of public service is not just politics and policymaking, but ensuring that every last citizen in any country today has a voice in how policies concerning their lives are made and implemented. Fighting “voice-poverty” for Balu is as important—or even more important, he says—than fighting “income poverty.”

In addition to leading SVYM, Balu speaks and teaches internationally about adaptive leadership (a topic he learned about at the Kennedy School) and other subjects. He also writes prolifically and continues to teach at Cornell University, where he served as the Frank H. T. Rhodes Professor from 2012 to 2014. Today, he leads a modest life with his wife Bindu and son Aniruddh in Mysuru. He says he is simply “an instrument doing God’s work. I call it God, you call it what you want—and I have placed my hand in God’s hand. My entire understanding of spirituality is my ability to see God in man. This is what religion and spirituality is all about. And this is what made my life.”