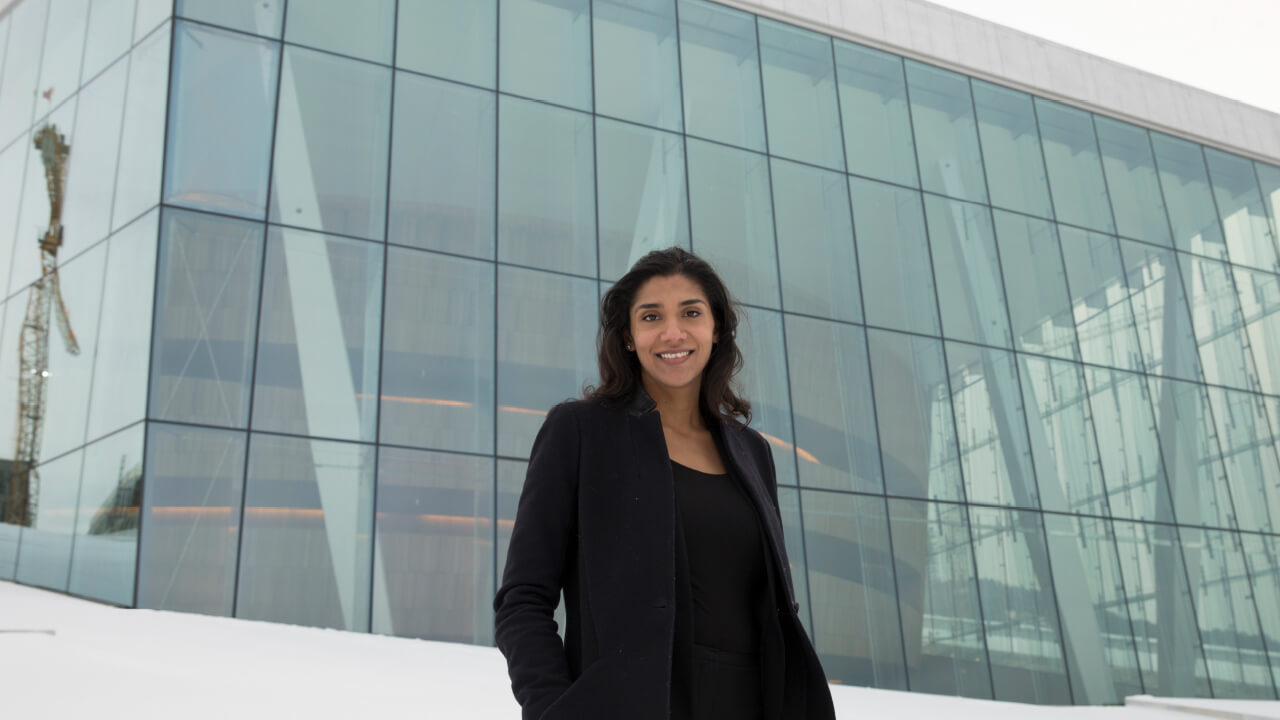 AFTER HER FRESHMAN YEAR at Harvard College, Jinu Koola MPA/ID 2012 traveled. Her parents had emigrated to the United States from India, but until that point her world was limited to the places of her childhood: Wyoming, Indiana, and Illinois. She spent the first half of that summer teaching art to schoolchildren in a rural village in the Himalayas; then, as a Kawarmura Fellow, she flew directly to Japan for a five-week immersion in the country’s economy, history, and culture. The group visited shining factories and offices at Toyota and Sony and met with members of the Japanese Diet.

“The whiplash I felt going between India and Japan was the most astounding thing,” says Koola. “Obviously I already understood that these two countries are very, very different, but having them juxtaposed in that way made my head spin.” Koola changed her major from premed to social studies, suddenly engaged by the questions that would propel her career: What are the factors that drive development? Why do some countries emerge from poverty, while others are left behind?

That focus took Koola to the World Bank as an economic researcher and around the world with Innovations for Poverty Action, where she worked in South Asia and sub-Saharan Africa on issues such as safe water access, education, and HIV/AIDS. Aware of the MPA/ID program since her undergraduate days, she enrolled at Harvard Kennedy School in 2010. “What I valued most about the program was learning how to learn,” she says. “How to ask the right questions. How to remain curious and adaptable. And how to find solutions with imperfect information. It gave me the confidence to move in any number of directions and grow into new roles.”

And Koola did just that, becoming the U.S. Treasury’s financial attaché to India three years after graduation. “To live and work in India is something I had always wanted to do,” she says. “It was a dream opportunity, but not one I could have anticipated.” A dozen or so attachés are posted to strategic countries around the world, she explains, gathering information about their economies and deepening bilateral relationships with finance ministry and central bank officials to better inform policy decisions.

“What I valued most...was learning how to learn.”

“Our role was to identify issues that India cares about and the U.S. Treasury might have expertise in, from capital markets to tax reform to banking regulation, while approaching the relationship with humility,” Koola says. The U.S. municipal bond market, for example, is the largest in the world and a significant source of financing for infrastructure. “That was a win-win, because it was a market that India wanted to develop and an area in which we had some useful expertise.”

Koola continues to move in new directions—both literally and figuratively—having recently relocated from New Delhi to Oslo to join the Government Pension Fund of Norway. As a senior economist for the fund’s newly created Strategy Research Team, she will focus on the investment potential of emerging markets for a sovereign wealth fund with just over $1 trillion in assets under management. “It’s a great mix of finance, macroeconomic issues, and the work I’ve been doing in emerging markets,” she says. For Koola, driven by the same curiosity that inspired her travel to India and Japan, the world continues to open up.