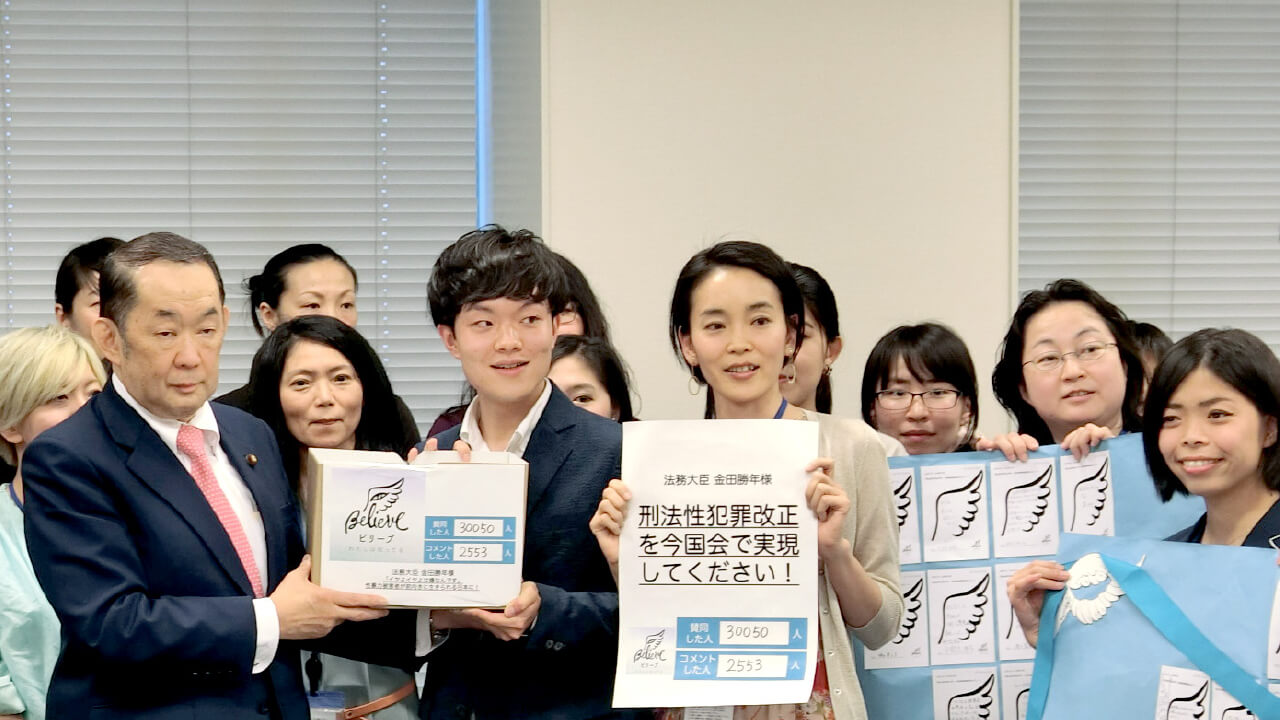 KANOKO KAMATA, who recently helped change Japan’s 110-year-old sex crime laws, is not resting on her laurels. The community organizer, who is spending a year at Harvard’s Weatherhead Center, believes that that long-awaited achievement is just the beginning. Although Kamata and her fellow activists succeeded in reforming the law to lengthen prison sentences and to include male victims, much more remains to be done.

“To get a conviction of rape in Japan,” says Kamata, who is herself a survivor of assault, “the victim still has to prove that the perpetrator used physical force or threatened the victim, but normally, perpetrators don’t use physical violence. They use their status as a boss, a teacher, a coach — those kinds of hierarchical relationships—to exploit the victims. In Japan, that is still not understood.”

Kamata’s understanding of gender equality underwent a dramatic shift when she came to the Kennedy School. “In Japan, there’s little awareness that women are discriminated against and are not equal,” she says. “We think of Japan as a gender-equal country, which is very odd since it ranks near the bottom on the gender gap index. I didn’t think gender inequality existed in Japan.”

“I hope we too can create an environment where finally survivors do not blame themselves.”

In Senior Lecturer in Public Policy Marshall Ganz’s community organizing class, Kamata gained skills that would serve her well in her future work. Following graduation, she returned to Japan not only with greater clarity around the meaning of gender equality, but also with a deep resolve to help her country’s women find their voices. In 2013, after years in the private sector, she cofounded Community Organizing Japan, which trains nonprofit organizations, labor unions, and youth in community organizing.

In 2015, she started Chabujo, a gender-issue-based organization that encourages women to raise their voices by acting out behavior symbolic of Japan’s patriarchal society. They take turns turning over a table, an act long practiced by men in traditional Japanese households to show anger.

At the same time, learning that Japan’s Minister of Justice was revising sexual assault laws, Kamata and her fellow activists set out to reform them. In Japan, discussions about sexual assault simply don’t happen, she says, but as she began to open up to her friends about her own experience, she discovered others who had also been sexually assaulted. They lobbied politicians, held public demonstrations, and collected more than 54,000 signatures calling for change. Last spring, the law unanimously passed.

“Until we started talking to them about it,” Kamata says, “the lawmakers didn’t really understand the reality of what was going on. People don’t talk. Hearing our stories, they felt a responsibility to do something. Their response gives me great hope that Japan is making progress in becoming a true democracy.” When the law comes up for revision, in 2020, Kamata and her fellow activists will push for further reform to bring Japan’s policies closer to international standards.

Midway through her year at the Weatherhead Center, where she is researching grassroots leadership development, Kamata is watching with keen interest the fallout from the recent flood of public allegations of sexual assault here in the United States. She is encouraged by the number of women who are speaking out. “The #MeToo movement is saying it is okay to speak up,” Kamata says. “I know many survivors in the United States have kept silent because of deep hurt, self-blaming, and shame. While few Japanese women have joined this campaign so far, I hope we too can create an environment where finally survivors do not blame themselves and do not internalize their pain.”