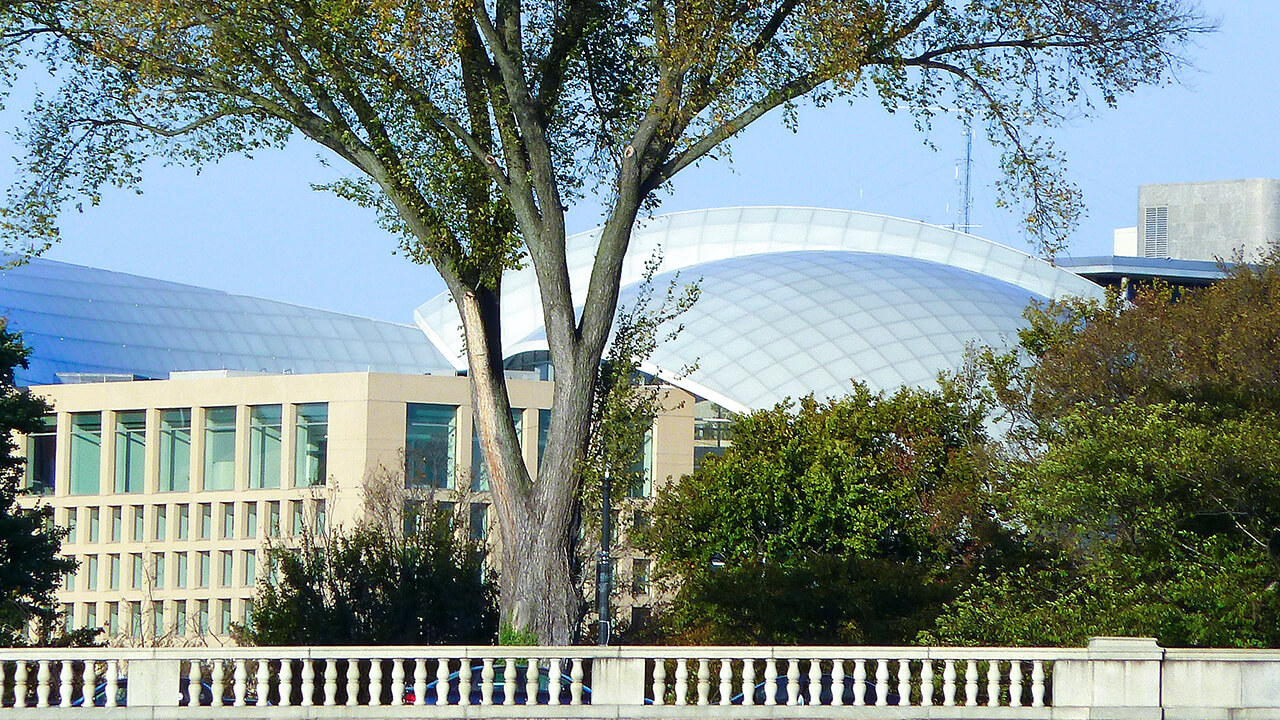 Lindborg has been dedicated to the practical pursuit of peace for 25 years.

Harvard Kennedy School(HKS) alumna Nancy Lindborg MC/MPA 1992 will receive the Elisabeth B. Weintz Humanitarian Award from the Harvard Humanitarian Initiative (HHI) at a ceremony tonight at the Harvard Art Museums. She will also give a lunchtime talk on “Building Peace in a Turbulent World,” which is sponsored by the Women and Public Policy Program, the Carr Center for Human Rights Policy, and the Future of Diplomacy Project, all at HKS.

Lindborg has been dedicated to the practical pursuit of peace for 25 years. Since February 2015, she has been the president of the United States Institute of Peace (USIP), an independent, federally funded organization created by Congress in 1984 to mitigate and resolve conflicts around the world.

Lindborg, who has previously served as a public policy consultant, regional director in post-Soviet Central Asia, chair of the InterAction Disaster Response Committee, president of Mercy Corps, and assistant administrator at the Bureau of Democracy, Conflict, and Humanitarian Assistance at USAID, says USIP seeks practical, evidence-based, and context-relevant ways to resolve and prevent violence. “We use tools like dialog, mediation, and negotiation to bring people together,” she says. She notes that working on peaceful solutions is not simply a job for diplomats in today’s fractured yet interconnected world. “At USIP, we spend time looking at how you build sustainable peace from both the ground up and the top down, working to get the right people in the room. We know there will be conflict, but there are ways to manage it.”

“Nancy has been an exceptional leader in the humanitarian community for decades,” says Michael VanRooyen, director of HHI. “Her tireless work building ‘positive peace’ in hotspots around the world addresses the elusive root causes of violence and conflict. For humanitarians and policymakers alike, she’s both an inspiration and a source of invaluable experience.”

Despite an increase in civil wars and internal conflicts, Lindborg remains optimistic. “I have been struck by the fact that, even though we’ve seen an uptick in violent conflict over the past half decade, this increase has occurred against a backdrop of 70 years of relentless progress, where rates of violent interstate conflict have essentially flatlined.”

An example of this occurred in Tikrit, a city about 90 miles northwest of Baghdad, where USIP facilitators worked with Shia and Sunni tribal leaders to chart a peaceful way forward after the Islamic State left the city. “A peace agreement was signed that included a way to vet people who wanted to return after fleeing the city. It’s notable that one-quarter of the displaced people in Iraq who ended up returning to their homes are from the Tikrit area,” she says. “This is because it was the tribal leaders who came up with a peace agreement that helped them avoid additional conflict,” says Lindborg.

Lindborg became interested in humanitarian work during a trek to Nepal with some friends after she finished her master’s degree in English at Stanford. During the trip, she received a job offer to teach English in Kathmandu, where she stayed for three years teaching and editing reports for aid agencies. “That was my first exposure to the humanitarian world,” she says. She was hooked.  To learn the skills she would need to effectively help people in conflict-riven areas, she decided to attend HKS. “At the Kennedy School, I gained a lot of insight into how policy is made and applied,” she says. “One of the things we do at USIP is to help translate policy to action and action to policy. This is exactly what I studied at HKS.”

She says USIP is unique. “The organization is an incredible fusion of aspects of the government and NGOs. We were founded by Congress as a result of legislation advocated for by the American people, and our champions on Capitol Hill were legislators who had experienced World War II, like Senator Mark Hatfield, who was one of the first Americans to go into Hiroshima. So this organization is an extraordinary expression of the United States’ commitment to peace.”

Lindborg loves her job, but says she worries about the safety of USIP’s staff. “We have teams living and working in some of the toughest places around the world, so we’ve invested a lot in training, in having a security group that tracks where our people are.” She knows, firsthand, how effective this team is. “I was on my way to the airport in Brussels last March when the bombs hit, at about 9 a.m. local time, so six hours earlier in DC. Within 20 minutes of the bombs, my team was on the phone with me checking in to make sure I was okay. We’re very invested in supporting our teams and minimizing and managing their risk.”

Lindborg notes that USIP’s work is essential to the national security of the United States, especially when one considers how unchecked grievances can become an excuse for violent extremism. “At USIP, we work closely with our U.S. governmental counterparts, so we are a part of the policy discussions, but we also have the kind of agility and close-to-the-ground attributes of an NGO.”

Lindborg says it is “blindingly clear that we need to think more about getting ahead of the conflict curve if we hope to address rising humanitarian and security challenges, so we’re not reacting after people’s lives have been torn apart. Working at USIP is a tremendous opportunity to focus on preventing and resolving full time—otherwise, we’re dealing with the ‘tyranny of the urgent.’”

The Harvard Humanitarian Initiative (HHI) is a University-wide academic and research center at Harvard University that brings an interdisciplinary approach to promoting understanding of humanitarian crisis as a unique contributor to global health problems and to developing evidence-based approaches to humanitarian assistance.

The Elisabeth B. Weintz Humanitarian Award was established by J. Frederick Weintz in 2015 to celebrate the memory, compassionate spirit, and transformative leadership of his late wife, known as Betsy. The award is to be bestowed annually upon a visionary public figure who has demonstrated superior leadership in a time of humanitarian crisis.