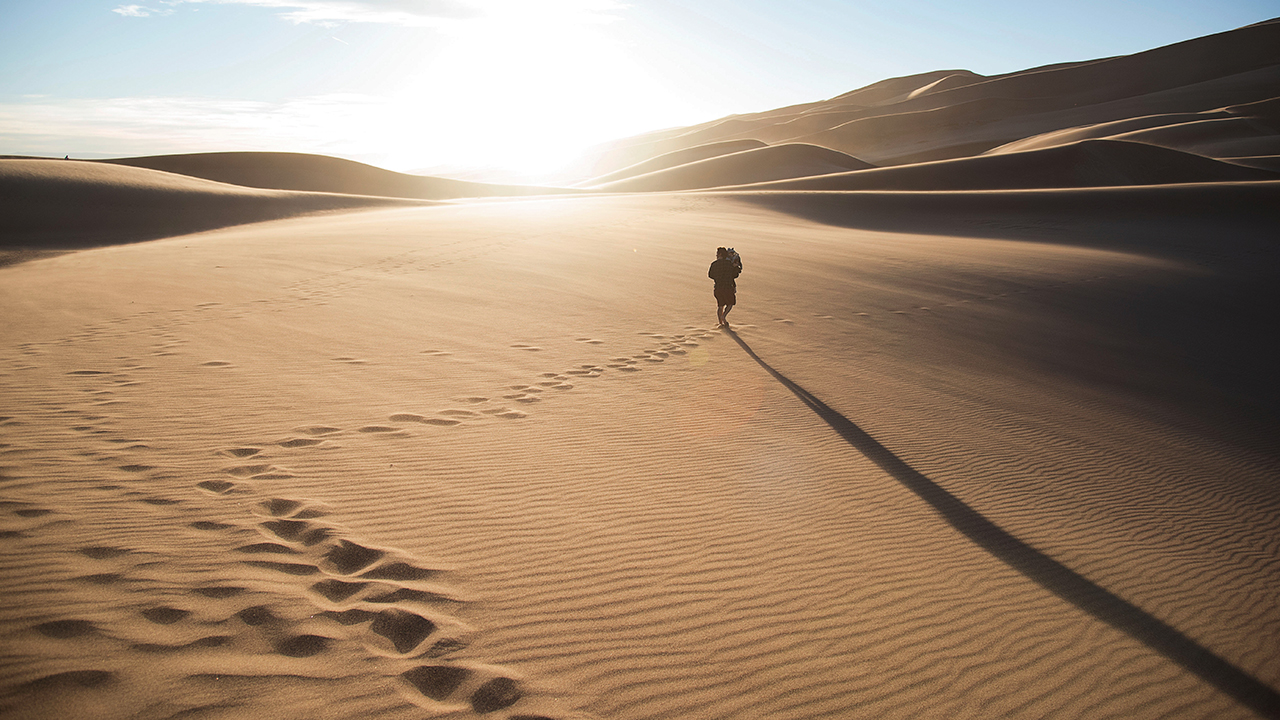 Bob Manson MPA 2004 puts his negotiation skills to work in the office and at home.

Bob Manson MPA 2004 is, quite literally, not someone who runs from a challenge. This HKS alumnus has completed 46 (forty-six!) marathons and finished one of the most gruelling races on Earth, the Marathon des Sables ultramarathon. Held in the Sahara desert, where temperatures can reach 120 degrees Fahrenheit, this 156-mile endurance test offers obvious physical and mental challenges. With the need to carry food and gear for the six days in the desert, the competition is not for the faint of heart.

Running is a constant theme in Manson’s life. Fourteen years ago, he was on a run with a friend in New York City on 9/11 when they stopped at the World Trade Center Plaza. Half an hour after they left, the first plane hit. “That day, I saw the worst of humanity and the best of America,” he says. His supervisor at the time insisted he spend the night with him at home in Connecticut, and Manson will never forget the sight of a person getting off the train in Darien and telling a woman her loved one did not make it. “It’s a day that is seared in my consciousness,” he says.

At the time of the attacks, Manson was awaiting word as to whether he would be admitted to the Kennedy School.  The Ireland native says, “I am a very firm believer in public service, and I wanted to challenge myself in as rigorous an intellectual environment as possible.” When he learned later that he had been admitted, he was ecstatic. “Many Irish households had two pictures hanging on the wall: one of JFK and the other of the pope. We just happened to have a library of books about the Kennedys!”

After receiving his bachelor’s in civil law at University College Dublin, he worked first for the Kennedy family in Hyannisport and then in Senator Ted Kennedy’s Washington, DC, office. So when he was in his first week at HKS and wandered through the Institute of Politics, he was struck to see John Kennedy’s adviser and legendary speechwriter Ted Sorenson, who was then serving as an IOP fellow.

“I was a new student so said ‘hello’ and he invited me to have a seat. I told him I didn’t want to take up too much of his time, but he said, ‘I’m new here too, why don’t we have a chat?’ We proceeded to have a two-hour discussion on everything! I was thinking, my dad isn’t going to believe what I’m doing right now. I said at the end, ‘Mr. Sorenson, my parents are coming to visit me next week and I would be honored if you would meet them.’ And he met with them the following week.”

His connection with Sorenson continued for many years; he even gave his son George the middle name Theodore (the Greek word for “Gift from God”). George was born in 2009 with Down Syndrome, and much of Manson’s public service since then has focused on raising funds for those with intellectual and other disabilities, especially the Special Olympics, founded by Eunice Kennedy Shriver. “Over the past few years I have raised close to €500,000 through my various endeavors,” he says. These efforts include his many road races and an Ironman triathlon.

Manson connects his desire to be fit with mental toughness. “Physical fitness translates into mental fitness,” says Manson. “In terms of focus it makes you far more disciplined about everything in your life.”

He is committed to his Dublin business, Pembroke Hall, which offers services such as flexible rentals of executive office suites. “Pretty much everything about the business is negotiation so learning those skills at the Kennedy School has proved very useful in my professional life.”  But most of all he is committed to his family and the causes he supports. “Sometimes those negotiation skills come in handy in a family setting also, particularly when training places a lot of demands on your time. Seriously though, that clarity of thought allows you the focus to cherish the things you value the most and they are my wife Suzanne and my children Alicia (10) Stephanie (8), and George (6).