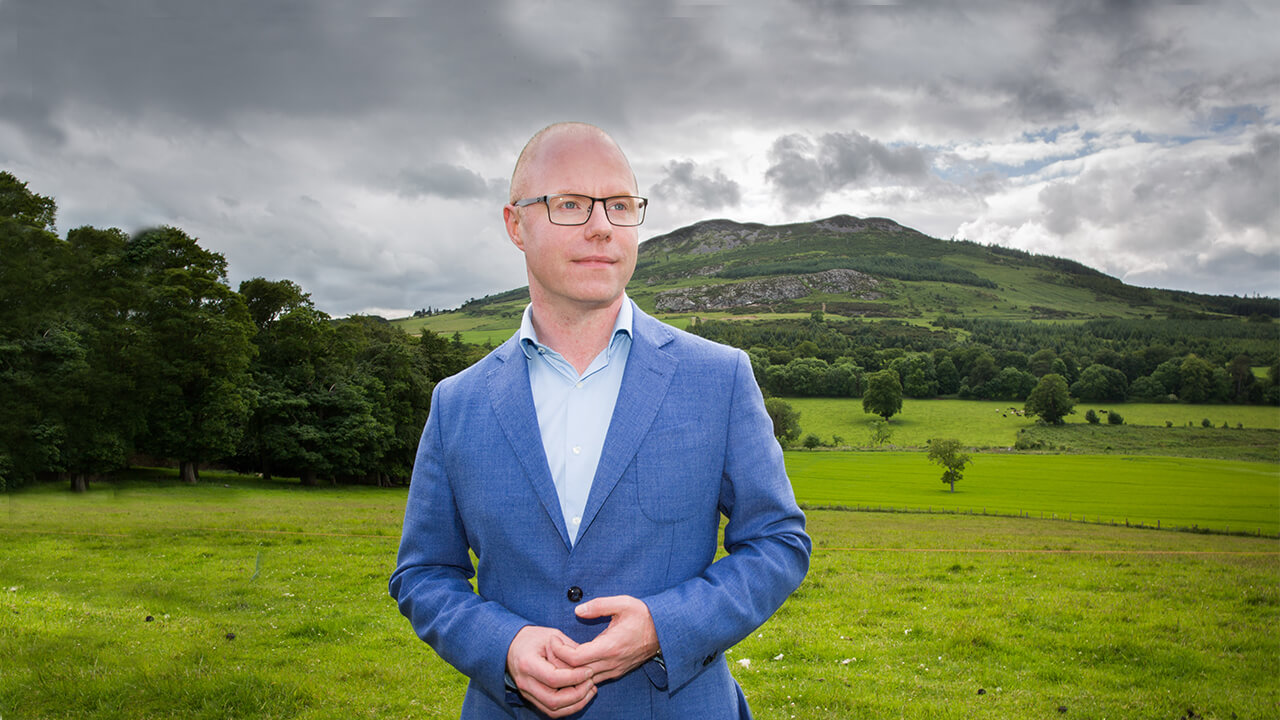 As a new member of the Fianna Fail party, Stephen Donnelly talks about the next step in his political career.

STEPHEN DONNELLY MPA/ID 2008 worked for several years in the private sector, first as a mechanical engineer and later as a management consultant with McKinsey & Co. In 2006 he enrolled in the Kennedy School’s MPA/ID program, drawn to its international development content and quantitative focus. The skills he gained would later help him navigate the very unexpected next step in his career.

Q: What made you choose a school of public policy?

It goes back to the Ethiopian Famine in 1984. I was nine years old in Ireland, and remember, as if it was yesterday, watching news reports of starving children. It had a profound effect on me. I thought, “this can’t be right, surely we’re not going to let this happen.” Social justice, human rights, and equality form part of my political identity, but it started with the horror of a nine-year-old seeing other children being allowed to starve and die in a world full of food.

Q: Did the Kennedy School influence your decision to go into politics?

Absolutely. After graduation, I went back to McKinsey, focusing on health care, institution building, and not-for-profit. In 2010 I was exploring a move to the Johannesburg office to work with African governments. But Ireland’s economy was crashing, and having run some numbers I was convinced the IMF would arrive not in Jo’burg but in Dublin. Few believed me, but then one Monday evening, there they were. The MPA/ID professors were phenomenal, as were my classmates, who taught me that if you want change, you’d better get up off your ass and make it happen. So I thought, “The IMF has just arrived in Ireland; you’d better try to help.” A friend suggested I run for Parliament, which I told him was a ridiculous idea. I’d never been involved in politics in my life. But I guess the idea grew.

Q: Why did you decide to form a new political party?

In 2014 my wife, Susan, and I were driving from Washington, DC, to New York after a classmate’s wedding. We have young kids, so we don’t get much time to think big thoughts (or small ones). But the kids were in Ireland, so we had a few days to ourselves and the great American road before us. I concluded that the then-government was taking the country in the wrong direction (a modern-day Thatcherism). I believed we needed a strong, pro-business, social democratic political party to help steer things in a better direction.

It was a disaster. The leadership team was dysfunctional and made one bad decision after another. I had hoped to create something fresh, outward-looking, and brave, but it quickly became the opposite. Ultimately, I couldn’t ask people to believe in something I no longer believed in myself. Having tried, and failed, to get it working, the only honest option left was to step down. That decision hurt people I care about. I chose to not air dirty laundry in public, to avoid damaging the party, but that meant party supporters never got an adequate explanation for my leaving, which they deserved. It was a difficult time.

Q: So where are you now?

After some time on the independent benches, I joined one of the established political parties, Fianna Fáil, which has a pro-business, social democratic view of the world. The U.S. equivalent would be joining the Democrats. I’m spokesperson on Brexit, which is a seismic event for Ireland. Like many others, I got into politics for simple reasons—to help people and to serve my country. Working on Brexit, and as a member of the Fianna Fáil team across the policy spectrum, I get to tick both of those boxes most days. It’s an incredible privilege.