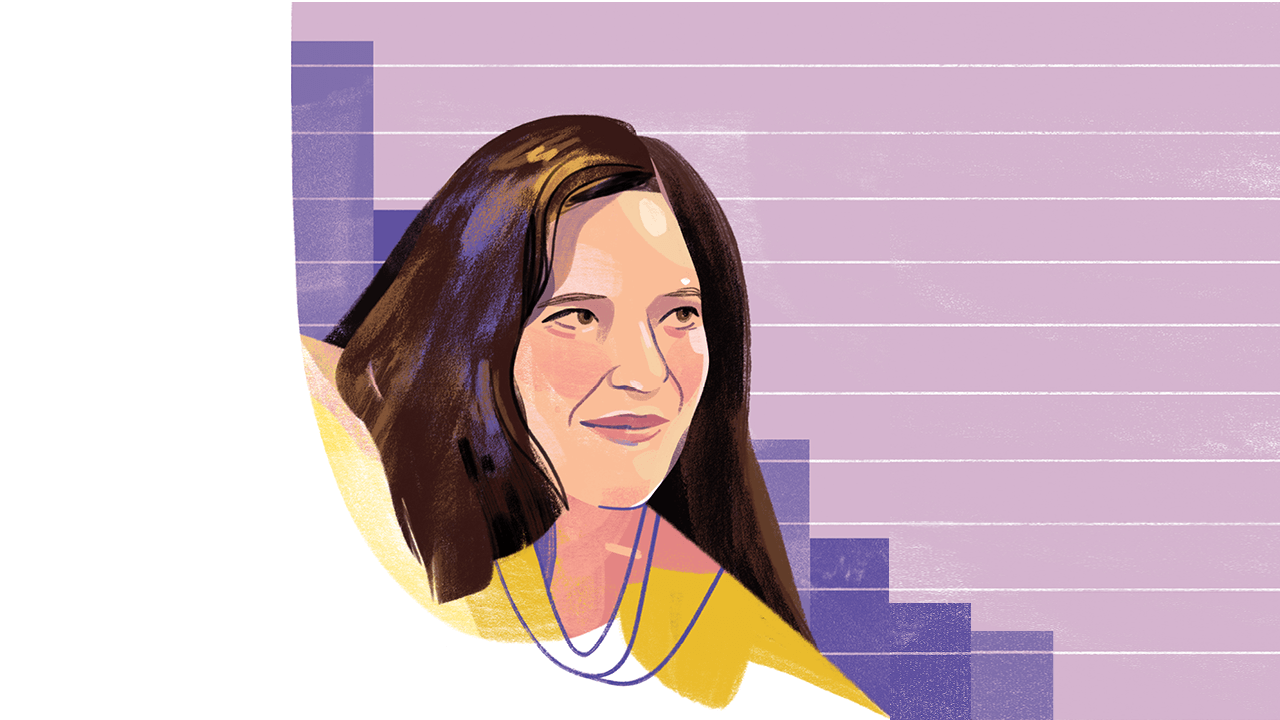 The eminent sociologist documented the barriers to dignity and justice erected by racial prejudice; she made a lasting contribution to her field, to the struggle for a fairer world, and to the innumerable lives she touched.

DEVAH PAGER, Peter and Isabel Malkin Professor of Sociology and Public Policy at Harvard Kennedy School, a groundbreaking scholar whose research shone a light on the consequences of discrimination and who was hailed as one of the most important sociologists of her generation, passed away November 2 after a long illness. She was 46.

Pager, who held appointments both at HKS and in the sociology department at the Faculty of Arts and Sciences, was also the director of the Multidisciplinary Program in Inequality and Social Policy at the Malcolm Wiener Center for Social Policy.

“Her work was brilliant, and it showed her fierce commitment to using her impressive gifts and the tools of social science to help make the world a fairer and better place,” said Doug Elmendorf, dean of Harvard Kennedy School and Don K. Price Professor of Public Policy. “She was also known widely as one of the kindest and most generous people one could meet. She brought warmth, optimism, curiosity, and inspiration to her interactions with all of her many friends and students and colleagues.”

Born in Hawaii to a South African professor of computer science and an Australian pediatrician, Pager attended UCLA and then received master’s degrees from Stanford University and the University of Cape Town before going on the University of Wisconsin for her doctoral studies in sociology. It was there that she embarked on the research that would help establish her reputation as a pioneer in the field.

Working as a volunteer with homeless men, many with criminal records, Pager was struck by how difficult it was for them to find work. Undaunted by her advisers’ warning of the difficulties of field work, she launched an experiment. She sent presentable, qualified young men out to apply for jobs. The young men were both black and white and would take turns listing a criminal record in their applications.

The study (replicated later in New York City) was recognized by the American Sociological Association and led to Pager’s 2007 book, Marked: Race, Crime, and Finding Work in an Era of Mass Incarceration. More importantly, it helped spark an international campaign to get employers to remove the check box asking an applicant about their criminal record (a movement known as “Ban the Box”).

“Her work provided some of the most rigorous research on the continuing significance of racial discrimination in the United States, during a period when some scholars and policymakers began to doubt the role discrimination plays in contemporary economic inequality,” said William Julius Wilson, Lewis P. and Linda L. Geyser University Professor.

“She was a force of nature who accomplished superhuman quantity and quality of work in a tragically short amount of time, and her impact on scholarship and policy is hard to overstate,” said Jason Beckfield, chair of the sociology department. “She did work of global scope and tremendous depth that is unusual in its combination of rigor and creativity and relevance.”

Pager built on her initial work to become a leading expert on the effects of race on labor markets and the criminal justice system. But she also made important contributions in both the areas of theoretical concepts and the understanding of data gathering and reporting, Wilson said.

“She was just an optimistic person and a person who always sought to empower others. She was so giving of her time and her intellectual energy.”

“She was a scholar’s scholar who used her remarkable talent to shine a spotlight in places and on people our nations and, too often, each of us prefer to leave hidden,” said David T. Ellwood, Isabelle and Scott Black Professor of Political Economy and director of the Malcolm Wiener Center for Social Policy. “She crafted a call for justice built on a foundation of exceptionally careful and creative work that simply could not be denied.”

Pager’s work was animated by a rigor and intelligence, but also by kindness and generosity—qualities that were evident in all her interactions, her friends and colleagues said.

“You always felt better when you left a conversation with her than when you started,” said David Deming, professor of public policy at HKS and of economics and education at the Graduate School of Education, who co-directed the Inequality Program. “She was just an optimistic person and person who always sought to empower others. She was so giving of her time and her intellectual energy.”

Pager came to Harvard in 2013 after teaching at Northwestern and Princeton Universities. She was also the Susan S. and Kenneth L. Wallach Professor at the Radcliffe Institute from 2013 to 2018, and a fellow at Radcliffe for two of those years. At Harvard, she helped to create a community of scholars and students, many associated with the Inequality Program. That community remembered her as immediately accessible and always curious.

“In the too-short time that she lived, she embodied our highest aspirations,” said Radcliffe Dean Tomiko Brown-Nagin, Daniel F.S. Paul Professor of Constitutional Law at Harvard Law School and professor of history at the Faculty of Arts and Sciences. “A brilliant, warm, and beloved member of our community, she will be deeply missed.”

“She was legendary in the field, but from the first time you met her, she always made you feel so comfortable, she made you feel heard,” said Kelley Fong, a doctoral candidate in the sociology and social policy program whom Pager advised. “There was no one I could count on to have more faith in me or challenge me more.”

Her commitment to her students wasn’t simply from a sense of obligation, Fong said. “It came from a deeper sense of caring—caring about her students as people and caring about fostering justice through research and teaching.”

Her commitment and energy never deserted her. She was teaching until just weeks before her death.

Pager is survived by her husband, Mike, and a young son.
—