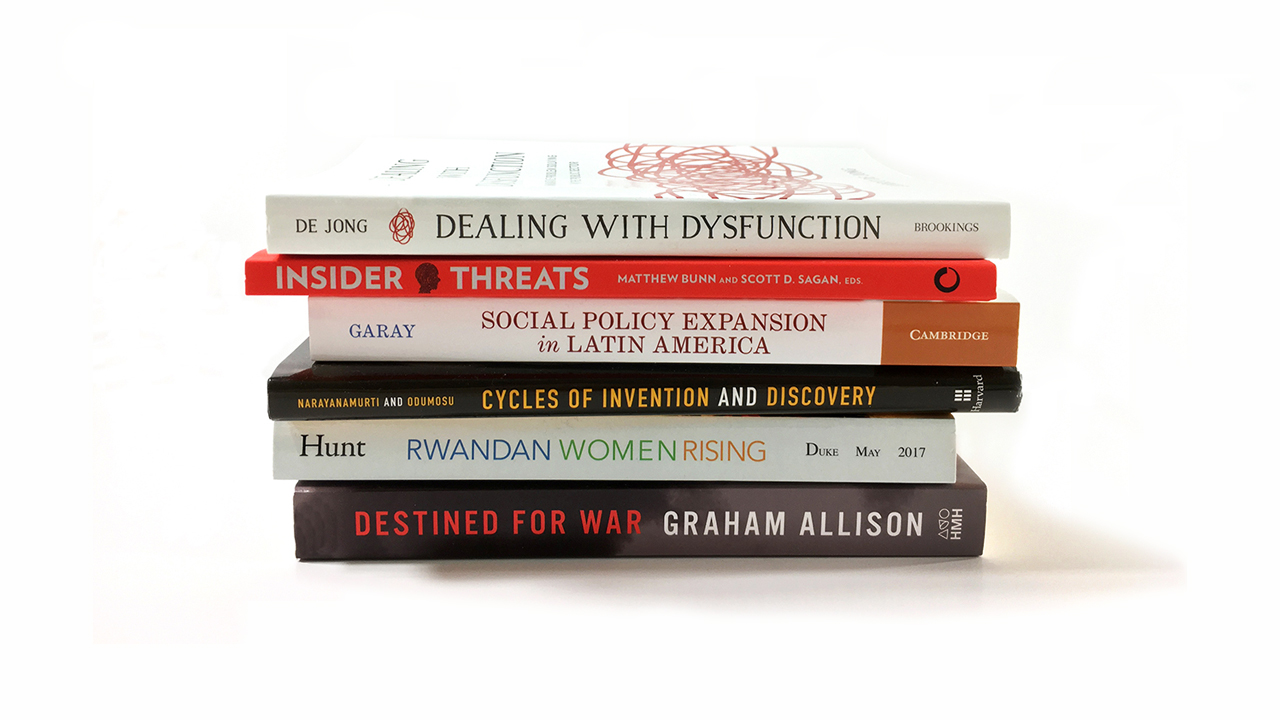 Destined for War: Can America and China Escape Thucydides’s Trap? 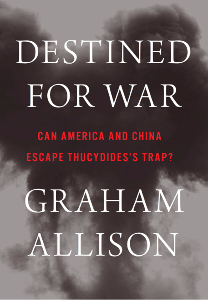 The trap outlined by the ancient Greek historian develops when a rising power threatens to displace a ruling one. In Thucydides’s time, it was the rise of Athens sparking Sparta’s fear, with war ensuing. A similar dynamic has happened again and again throughout history; indeed, as Graham Allison shows, 16 cases over the past 500 years fit the circumstances of Thucydides’s trap—and 12 of them led to war.

Allison, a former HKS dean who recently stepped down as director of the Belfer Center for Science and International Affairs, is sounding the alarm because of U.S. fears of a rising China. War is not inevitable, he contends, yet if U.S. and Chinese leaders continue on the path they have followed for the past decade, war will most likely be the result.

He lays out his provocative argument by first charting the recent steep economic rise of China and how it has altered the international balance of power. He then catalogs historical cases, arguing that Germany’s challenge to the British Empire before World War I is the closest analogue to today’s China threat. For the United States, averting disaster will require clarifying vital interests, increasing understanding of China’s intentions, and focusing on domestic challenges, according to Allison. 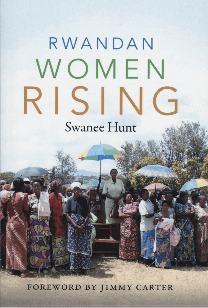 Seventeen years in the making, Rwandan Women Rising reveals the pain, resilience, and leadership of women who emerged from the Rwandan genocide to help rebuild and bring reconciliation to a nation. Swanee Hunt, the founder of HKS’s Women and Public Policy Program, which conducts research and trains women leaders throughout the world, presents the voices of scores of Rwandan women interviewed, including government officials, activists, and survivors of widely perpetrated rape during the genocide. Their experience, she writes, reinforces her belief that “the best way to reduce suffering and to prevent, end, and stabilize conflict is to elevate women.”

As she notes, Rwandan women have recently held 64 percent of the seats in their country’s parliament, the highest percentage in the world. The book details their rise to prominence, exploring how their traditional roles evolved after the genocide, including the establishment of countrywide women’s councils and the Ministry of Gender and Family Promotion. It discusses how women spearheaded improvements in economics and health and justice in the aftermath of the mass killings. After sharing the stories and images of Rwandan women, Hunt reflects on the lessons all countries can learn from their experience; opportunities, she writes, can emerge even from chaos.

Dealing with Dysfunction: Innovative Problem Solving in the Public Sector 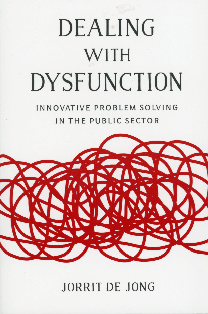 Jorrit De Jong cofounded the Kafka Brigade, named in homage to the novelist who wrote about the foibles of bureaucracy. This action research organization has investigated cases in which people were enmeshed in bureaucratic dysfunction. In this book, de Jong discusses the literature on bureaucracy-gone-wrong, a clinical analysis of real-life cases of public sector clients experiencing what they consider red tape, and a diagnostic framework for identifying and remedying the problem in practice.

The cases reveal the people caught in the bureaucracy—for example, a woman facing an onerous process to be certified for benefits for her disabled daughters or an immigrant entrepreneur trying to get permits for a sandwich shop. Though de Jong acknowledges that it’s not likely bureaucratic dysfunction can be eliminated, he does suggest that it could be better addressed if it is better diagnosed. The Anna Karenina principle applies here, according to de Jong: “All well-functioning bureaucracies are alike; all dysfunctional bureaucracies are dysfunctional in their own way.” In an era in which governments are cutting budgets and reducing services, he argues, addressing bureaucratic dysfunction can help the most vulnerable members of society as well as increase the effectiveness of government programs.

Cycles of Invention and Discovery: Rethinking the Endless Frontier 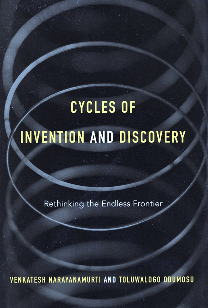 In 1945, Vannevar Bush, the director of the federal Office of Scientific Research and Development, issued a report touting the importance of supporting basic research to increase scientific knowledge. Venkatesh Narayanamurti and Toluwalogo Odumosu, a professor at the University of Virginia, argue that it established a model that divided basic and applied research, which has proved detrimental to scientific discovery. They propose a different model, called the discovery-invention cycle, which features cross-disciplinary research, collaboration, and the willingness to combine theory and practice.

In Cycles of Invention and Discovery, they detail the traditional boundaries between engineering—understood as applied science—and the perceived higher-prestige field of basic science, and how the distinction manifests itself in federal policy. They also highlight contemporary examples of progress achieved by the discovery-invention cycle, such as Janelia Research Campus, a neuroscience and imaging center in Virginia, whose physical structure encourages cross-team interaction and whose culture rewards collaboration. They call for adopting new language in science and technology policy and restructuring our research environments to reflect an open and entrepreneurial spirit. Addressing complex 21st-century problems, they write, requires acceptance of “the equivalent value of abstraction and experimentation.” 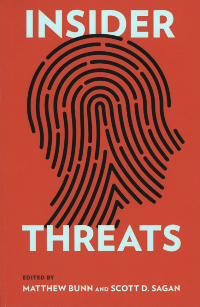 Insider threats in high-security organizations don’t happen often, but when they do, the consequences can be devastating. Therein lies the importance of studying them and preventing them, write Matthew Bunn and Scott Sagan, a professor at Stanford University, who present a “worst practices guide” of lessons from past failures in coping with insider threats, noting how often organizations ignore seemingly obvious “red flags.” Insider Threats includes new data on jihadi actions and writings targeting nuclear facilities, along with case studies of the Army major who killed fellow soldiers at Fort Hood, the U.S. government scientist who almost certainly perpetrated the 2001 anthrax attacks, attacks by Afghan troops on U.S. soldiers, and insider protection in the casino and pharmaceutical industries.

Despite the dangers, the editors note, organizational and cognitive biases lead managers to downplay threats from colleagues, and those managers also have limited information about incidents perpetrated in other industries. Contending that insider threats in many sectors are “the biggest and most difficult part of the security challenge,” they urge organizations involved in national security to establish comprehensive programs to protect against insiders, including in-depth vulnerability assessment and realistic testing. 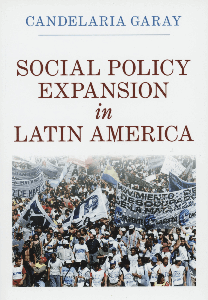 According to Candelaria Garay, a large portion of the Latin American population lacked access to social protection throughout much of the 20th century. That started at the end of the century, when governments began extending benefits to millions of previously unprotected people, whom she calls “outsiders”—those not in the formal labor market. Why that dramatic shift occurred and why resulting social policies vary across countries are the subject of Social Policy Expansion in Latin America, begun as a doctoral dissertation and bolstered by more than 250 interviews and comprehensive data analysis.

Garay contends that the critical factors driving expansion are electoral competition for the votes of outsiders and large-scale social mobilization, both of which are more likely to emerge in democratic regimes. The balance of partisan power and the involvement of social movements in policy design explain cross-national variations in social policy. Her study explores in depth four countries: Argentina, Brazil, Mexico, and Chile across several administrations and three policy areas: health care, pensions, and income support. She also offers a historical perspective on why social programs weren’t previously expanded to outsiders and analyzes secondary cases. The expansion of these benefits has important implications, Garay writes, creating stronger connections between citizens and the state as well as helping to reduce inequality.