The Effect of HOV Lanes

People working and living in large metropolitan areas the world over spend anywhere from an hour to an hour and a half commuting to and from work each day. Not only is wasted time an issue in these long commutes, but also at issue is the damage to the environment from wasted fuel and air pollution.

One way cities have responded to this problem has been to introduce high-occupancy vehicle (HOV) lanes—roads open exclusively to vehicles carrying multiple passengers. While HOV lanes have been adopted both by cities in the United States as well as internationally, little is known about how well HOV lanes relieve traffic congestion. 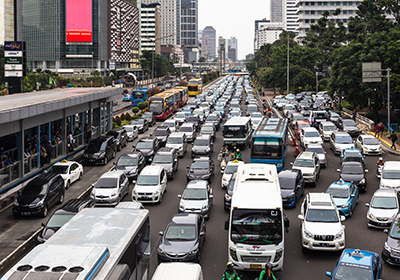 In “Citywide Effects of High-Occupancy Vehicle Restrictions: Evidence from the Elimination of “3-in-1” in Jakarta,” researchers Rema Hanna of the Harvard Kennedy School and Gabriel Kreindler and Benjamin Olken of MIT targeted one of the most densely congested cities in the world—Jakarta—to study the effects of HOV lanes by eliminating HOV restriction over several days. Using data collected by Google maps, the researchers compared congestion two to three days before eliminating the “3 in 1” policy to congestion after eliminating the policy. “Not surprisingly,” write the researchers, “elimination of the HOV restrictions led to an increase in delays in areas and during the time intervals where the restrictions had been in place.” Delays rose by between 39 and 45 percent in the early hours, and in the evening by between 69 and 85 percent. What did surprise them, however, was that lifting restrictions on HOV roads also affected other times of the day, as well as on other roads that were never restricted.

The researchers conclude that while they cannot say with certainty that the “3-in-1” policy improves welfare, which can depend on additional private factors, the findings do “infer that the wedge between private and social cost is also high, making it likely that the equilibrium after the lifting is severely inefficient.” 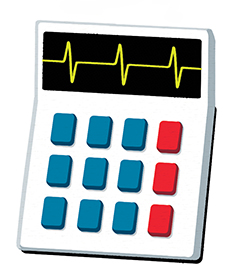 Through the Affordable Care Act (ACA), millions of low-income individuals have access to a variety of subsidized health plans. Little is understood, however, about which types of subsidies work best in keeping costs down, an important factor in effecting incentives for insurers and market competition.

In “Price-Linked Subsidies and Health Insurance Markups,” Kennedy School professor Mark Shepard and Sonia Jaffe of the University of Chicago set out to understand the trade-offs involved in two subsidy designs. The researchers compared the theoretical and practical implications of one approach, which links subsidies to prices set by insurers, with the other, which fixes subsidies at levels based on external benchmarks.

Using data from the Massachusetts exchange in 2011, Shepard and Jaffe simulated two scenarios: one in which health care costs and prices behaved as expected, and one where costs performed other than expected. The first simulation, in which markets remained steady, showed that price-linked subsidies create a distortion in the market, resulting in prices up to 6 percent higher for the cheapest health insurance plan. The researchers calculated that such an increase in plans would cost Massachusetts $46 million, extrapolated to more than $3 billion nationally under the ACA.

“Price-linked subsidies have advantages,” the authors conclude. “The right tradeoff between the firms’ pricing incentives on the one hand and affordability and consumer incentive concerns on the other depend on the level of competition in the market and the precision of the regular’s cost estimates: it will not be for every market.”

The Certainty of Taxes 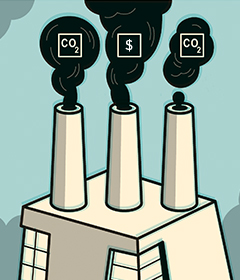 The challenge, he explains, is that at present no process exists for adjusting the tax if circumstances change. Although Congress can direct regulators to regularly update standards, no process is available to delegate tax setting to the executive branch. It would be helpful to institutionalize a process for carbon tax updating if subsequent research shows either an increase or a decrease in the risks of carbon emissions.

To help resolve this issue, Aldy proposes a “structured discretionary process,” through which the president would recommend to Congress an adjustment to the carbon tax every five years. This recommendation would be based on analyses—by the Environmental Protection Agency, the Department of the Treasury, and the Department of State—of the environmental, economic, and diplomatic dimensions of climate policy.

In a process similar to the expedited, streamlined consideration of regulations under the Congressional Review Act and trade deals under the trade promotion authority, Congress would vote up or down on the presidential recommendation for a carbon tax adjustment, without the prospect of filibuster or amendment. Synchronizing the timing of this process with the updating of national emissions mitigation pledges under the Paris agreement could leverage greater emissions-mitigation ambition by other countries in future pledging rounds.

“The updating of the carbon tax to account for advances in our understanding of climate change ensures that a tax rate is set that is appropriate to the challenge,” Aldy writes. “This approach provides the opportunity—and creates the transparency and associated accountability—for the government to update the carbon tax based on the evidence.” 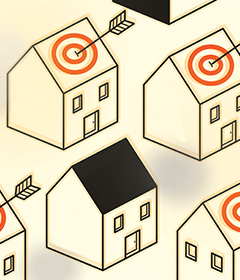 How vulnerable are property owners to the will of powerful interests and governments wishing to seize property or violate their privacy? In “Securing Property Rights,” Kennedy School professor Edward Glaeser, Giacomo Ponzetto of Centre de Recerca en Economia Internacional, and Andrei Shleifer of Harvard University show that property owners throughout the world believe they are at a distinct disadvantage in their dealings with powerful individuals and institutions.

Drawing from a survey conducted by the World Justice Department, the researchers found that property is insecure around the world, ranging from seizure to trespassing to exposure to pollutants. People everywhere, the researchers discovered, are subject to seizure of their land through eminent domain, and property owners in poor countries in particular are subject to the destruction of their land in the interests of economic development.

“At the heart of insecurity of property is the belief that institutions of law and order such as the police and the courts do not work well and, even when they do work, serve only the powerful and do not protect the weak in conflicts with the strong,” they write.

The goal of the researchers was to explore how best to protect the rights of the least powerful in such interactions. Using the example of a farmer and a mine that was polluting the land and ruining crops, the researchers compared two possible ways of protecting property rights: injunctions versus liability laws.

Some scholars, the authors write, believe that liability laws forcing  violators to compensate their victims are most effective. But, they argue, the liability route is only as effective as the courts’ ability to enforce penalties.  A more effective method, they conclude, is to use injunctions or the upfront establishment of property rules to stop polluters.

“In our model, injunctions and compensation are not equivalent and the former are more efficient in environments of low law and order (greater subversion).”

Educators understand that school attendance is one of the best predictors of academic success. However, student absenteeism in the United States is astonishingly high, with more than 10 percent of students chronically absent each year. In low-income, urban districts, this number triples.

In “Intervening through Influential Third Parties: Reducing Student Absences at Scale via Parents,” Todd Rogers of the Kennedy School and Avi Feller of the University of California, Berkeley, report a large-scale intervention involving communication with the parents of students with high rates of absenteeism in kindergarten through twelfth grade. It included more than 28,000 at-risk students across 203 schools in Philadelphia, the eighth largest school district in the United States.

A subsequent conceptual replication, “Reducing Student Absenteeism in the Early Grades by Targeting Parental Beliefs,” conducted by Rogers, Carly Robinson of the Harvard Graduate School of Education, Monica Lee of Stanford University, and Eric Dearing of Boston College, targeted the parents of students with high absenteeism in kindergarten through fifth grade in more than 10,000 households across 10 school districts in a diverse county in California.

The researchers based their experiments on previous research showing the effectiveness of low-cost information interventions and of third-party interventions. Both studies focused on the influence of parents on school absenteeism, and the challenges in correcting parents’ “biased beliefs.” 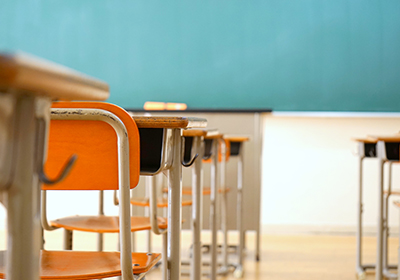 Interventions involved four to six personalized mailings to targeted households throughout the school year. The mailings underscored the importance of regular attendance and highlighted the total number of absences students had accumulated. The messaging in the California study also countered a widely held assumption that attendance in elementary school is less important than attendance in later grades.

Both studies showed a statistically and practically significant reduction in student absences. In the Philadelphia study, the intervention reduced student absences by approximately 10 percent, and in the California study, it reduced absences by almost 8 percent. Effects on chronic absenteeism were even greater.

“Missing school negatively affects students, school, and district success,” Rogers and Feller conclude, in the Philadelphia study. “The intervention reported here is both highly scalable and extremely cost-effective at reducing at-risk students’ absences.” They caution, though, that “no single intervention is a panacea, rather system-level change will require many such interventions woven together.”