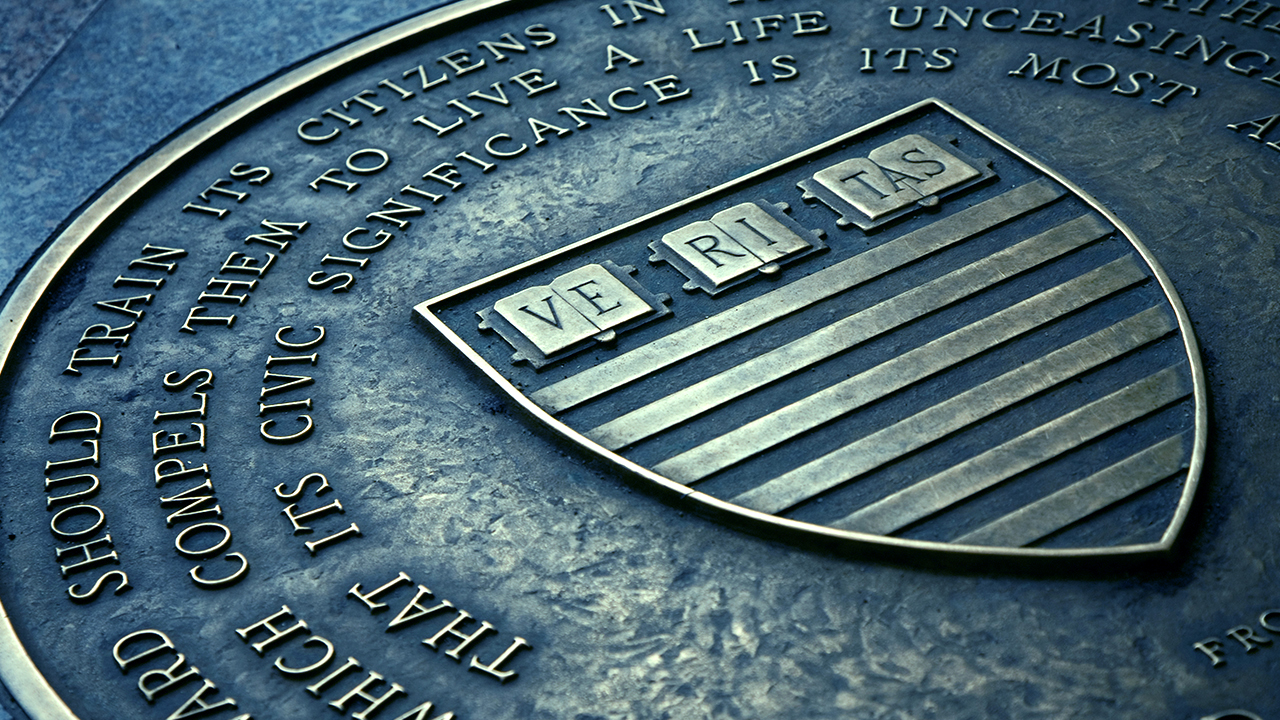 Bane and Nye reach emeritus status, but hardly slowing down

ASKED WHETHER SHE BELIEVES that progress has been made over the course of her career advocating for the poor and disadvantaged, Mary Jo Bane, the Thornton Bradshaw Professor of Public Policy and Management, hesitates.

“There’s been more progress than not,” she says. “My career started in the 60s, and since then there have been dramatic improvements in the safety net for the elderly, and some improvements in our support for poor children. But there have certainly been ups and downs, and the current poverty rates for children remain depressingly high.”

Bane, who in July reached emerita status, has an excellent perspective from which to judge, having played an important role in that progress. She has served as a powerful voice for the underprivileged in senior leadership positions in both academia and government. Bane’s focus on the disadvantaged began long before she arrived at the Kennedy School. Growing up in a Catholic family, she took to heart the Church’s mission to help those less fortunate. As a student at Georgetown University, she worked on Senator John F. Kennedy’s presidential campaign and was in the crowd at his inauguration in 1961 when he challenged Americans to get involved. Inspired by the president’s bold new program deploying U.S. civilians to serve in remote communities around the world, Bane joined the Peace Corps, where she was assigned to teach schoolchildren in Liberia.

“That series of events,” she says, “hearing JFK, serving in the Peace Corps, building on my family’s background, were all part of how I got to where I am today.” 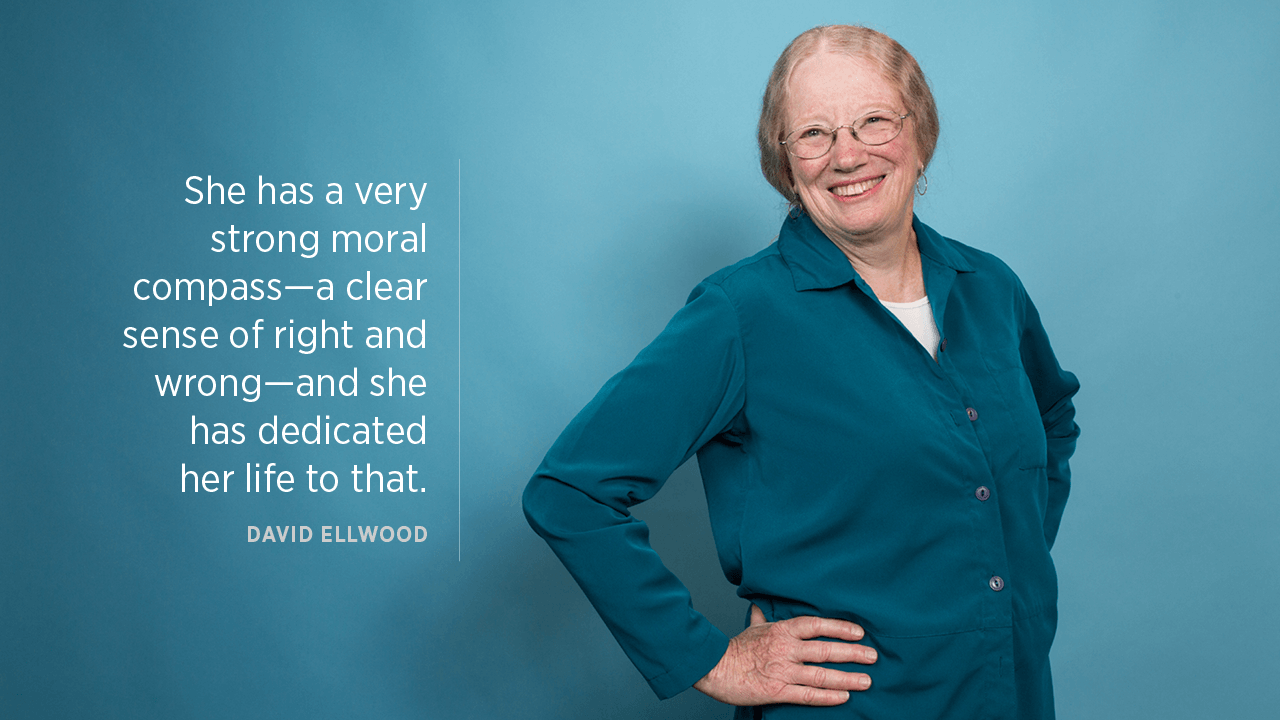 Bane arrived at the Kennedy School in 1981 and over several decades taught, conducted research, and published numerous books and articles that focused on children, families, and welfare policy. She served as director of the Malcolm Wiener Center for Social Policy from 1987 to 1992 and as the school’s academic dean from 2006 to 2011. She was the first woman to gain tenure at the Kennedy School.

Her government work included serving as commissioner of the New York State Department of Social Services and, in the Clinton administration, as assistant secretary for children and families at the U.S. Department of Health and Human Services (HHS) from 1993 to 1996. She eventually resigned in protest over the implementation of welfare reform.

“I continue to believe that the legislation was a mistake,” she says. “I resigned because I was the person implementing the law.” Former HKS Dean David Ellwood, who worked with Bane both in Washington—where he, too, served at HHS—and at the Kennedy School, where she was the academic dean during his tenure, regards her as one of his closest colleagues. “She has a remarkable combination of talents,” he says.

“The best thing that ever happened to me in my career was getting to know Mary Jo and getting to work with her,” Ellwood says about their decades-long friendship and association. “We met and started to talk about our mutual interests in poverty, and from there a collaboration was born, from papers to politics to campaigns. She is a thoughtful academic—smart, serious, demanding—but also has an extraordinary record of practice. She has a very strong moral compass—a clear sense of right and wrong—and she has dedicated her life to that.”

That dedication to the disadvantaged and the poor will continue, Bane says. She will stay active at the school, continuing to work with students on their policy analysis exercises (PAEs). And she will continue her association with numerous Boston nonprofits, notably Project Hope, which supports families. Bane may be shifting away from research and the classroom, but she is clearly not slowing down on a commitment she made years ago to those less fortunate.

IN LATE JULY, Joseph Nye was heading to Las Vegas to discuss cybersecurity. Nye, a University Professor, a former dean of the Kennedy School, and an international relations guru, was going to meet fellow members of the Global Commission on the Stability of Cyberspace, which would gather on the outskirts of the annual computer security conference known as Black Hat. In August, he would host the Aspen Strategy Group, a leading NGO he founded and co-chairs, as it debated the future of the liberal international order.

Somewhere between the journal articles, op-eds, conferences, and commissions, Joseph Nye is supposed to be winding down—he reached emeritus status this summer. But if he is, it’s tough to detect.

Nye started teaching at the Kennedy School in 1979, was its dean from 1995 to 2004, and cemented his position as one of the top scholars in the world with his hugely influential theory of soft power, which describes the power of culture and diplomacy to persuade and attract, in contrast to the coercion of hard power. Today, his influence only continues to grow.

“Nye is one of the great public intellectuals in America in the field of international relations,” says Nicholas Burns, the Roy and Barbara Goodman Family Professor of the Practice of Diplomacy and International Relations, who has worked alongside Nye at the school, in government, and at the Aspen Strategy Group (where Burns is the executive director). “No one is more thoughtful and, I think, more visionary about the future of American foreign policy.” 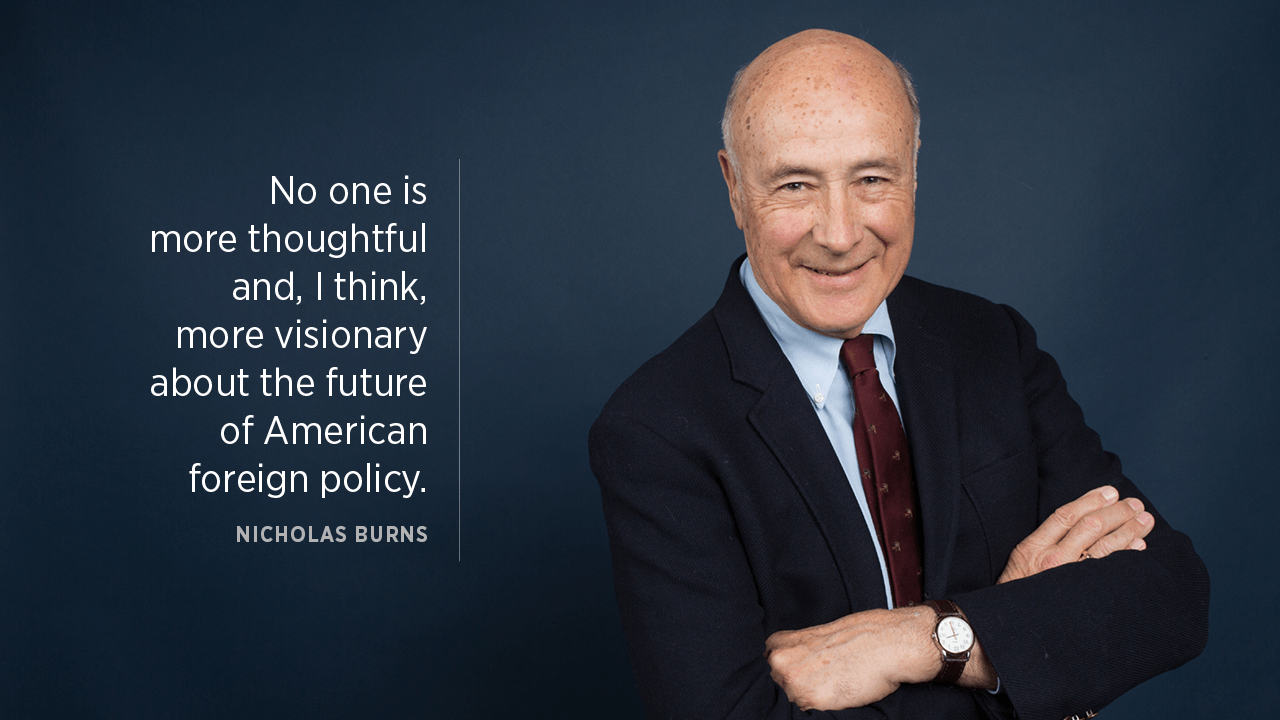 Nye’s vision is due in part to his public service at the highest levels. Nye served as assistant secretary of defense for international security affairs in the Clinton administration and was chairman of the National Intelligence Council. His work on nuclear security now gives him a unique perspective on cybersecurity. “I see my task as translating some of the traditional insights about international conflict and cooperation as we’ve known it in the kinetic world for the cyber world,” he says.

Nye sees parallels between how long it took states to begin to deal with nuclear weapons and how long it is taking the international community to respond to disruptions caused by digital technology. “The thing that’s intriguing is that more and more of our economics and social and political activity is dependent upon the internet, but as that increases, so does our vulnerability and so does the danger of using the internet as a weapon or as a form of attack,” he says. “So trying to develop norms to control that is going to be increasingly important.”

Nye is also working on presidential ethics and foreign policy and the criteria by which presidents can be judged on ethical terms. He is hoping to update an earlier work, Presidential Leadership and the Creation of the America Era.

That naturally links him to work on the future of the liberal international order. “Are we seeing the beginning of the end, or are we seeing an adaptation of this?” he asks. “There’s a great deal of concern about this.”

“I think he is uniquely placed to offer insights now on the changing international order as we see increasing doubts about the capacity or will of the United States to lead, to play the leadership role we’ve been playing for the past 75 years,” Burns says. 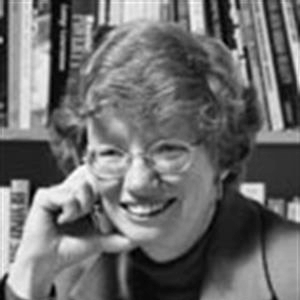