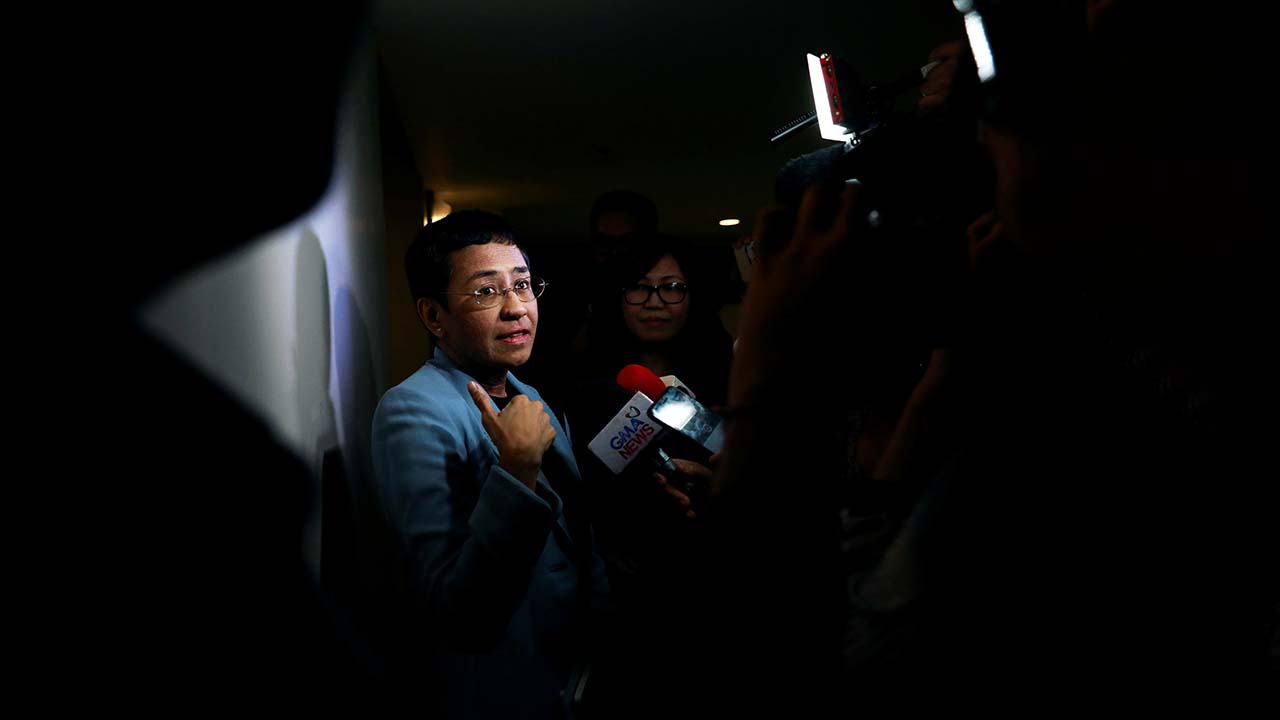 “WHAT ARE YOU WILLING TO sacrifice for the truth?” That was the blunt question posed by Maria Ressa, the 2021 Nobel Peace Prize winner, as she delivered the Salant Lecture on Freedom of the Press in November. Ressa, the founder of Rappler, a digital Filipino news organization, has gained international recognition for her tireless work holding the powerful accountable and for her technological innovations in journalism. She has also paid a heavy price, in the form of near-constant online attacks aimed at her and her staff, along with a barrage of civil and criminal cases, which hold the potential for serious prison time and have required her to seek court permission to travel, including to Harvard and to Norway in December for the Nobel awards ceremony. Ressa, who was at the Kennedy School as Hauser Leader at the Center for Public Leadership and a Joan Shorenstein Fellow at the Shorenstein Center on Media, Politics and Public Policy, spent her time at the University in the fall meeting with students and experts and delving further into her research. Her lecture focused on the use of social networks as vehicles for huge misinformation campaigns aimed at division and distraction, and she criticized them heavily for contributing to the erosion of democracy. “If you have lies, you don’t have facts. If you don’t have facts, how can you have truth? How can you have trust? If you don’t have these three, you don’t have democracy. You don’t have a shared reality.” 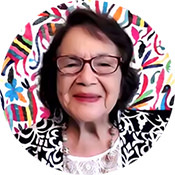 “We have a democracy in the United States, but the only way that democracy can work is if everybody participates.” 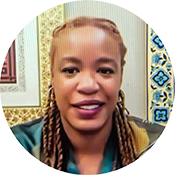 “If we are truthful about the extent of racism in our politics and our policymaking, then we have to be honest about the fact that it has a cost for virtually everyone.”

Heather McGhee, author of The Sum of Us, at an IOP Forum event in October 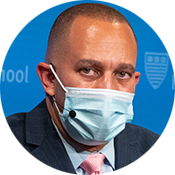 “We remain resolute that failure is not an option as it relates to our democracy.”

Hakeem Jeffries, chairman of the House Democratic Caucus, at an IOP Forum in September 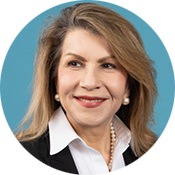 “Inflation is a tax. It’s a very regressive tax ... because it is in the lower income strata where the largest share of the budget goes to food, energy, and basic necessities.”

Carmen Reinhart, chief economist at the World Bank Group and Minos A. Zombanakis Professor of the International Financial System, while delivering the 2021 Gordon Lecture in November 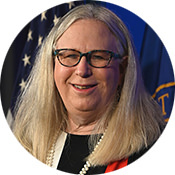 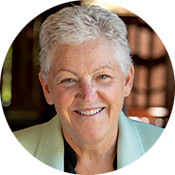 “This quest to a clean energy future is actually totally in line with where the world needs to head. It’s not a sacrifice. It is an opportunity.”