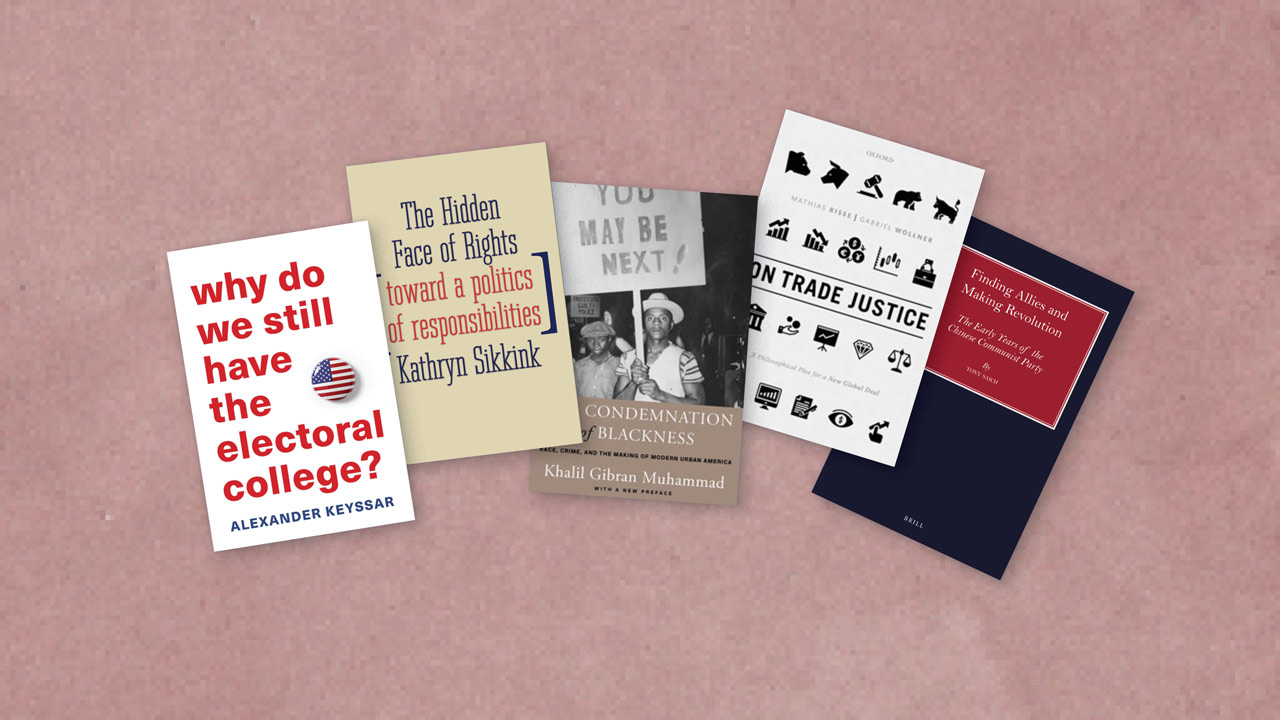 Why Do We Still Have the Electoral College?

A LONG-CELEBRATED HISTORIAN of U.S. democracy and electoral politics, Alex Keyssar has for years been fascinated by the question that titles his latest book. He has good reason: For more than 200 years the United States has chosen its most powerful public official through a process that is ill understood by many Americans, widely criticized by officeholders and policymakers, and never replicated by another sovereign body in the world. Why Do We Still Have the Electoral College? is a skillful attempt to excavate this question.

Keyssar does not seek to join the ranks of the countless authors who have already debated the merits and shortcomings of the Electoral College. Instead, he invaluably augments existing scholarship by writing from the perspective that the persistence of the Electoral College is not self-evident and therefore requires explanation. Keyssar traces four distinct periods of U.S. history—from the Constitutional Convention to the present day—to illuminate the various strategies that have been at the center of national debates around electoral reform. In doing so, he debunks myths about whom the Electoral College has historically benefited, highlights the roles of slavery and white supremacy in blocking reform efforts, and emphasizes just how close we’ve come on multiple occasions to substantially altering the U.S. election process.

Keyssar’s astute and accessible treatise ultimately considers both the United States’ electoral legacy and the possibilities for a more democratic future.

The Condemnation of Blackness: Race, Crime, and the Making of Modern Urban America 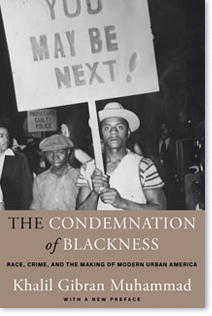 HISTORIAN KHALIL GIBRAN MUHAMMAD'S seminal work on race in the United States — The Condemnation of Blackness: Race, Crime, and the Making of Modern Urban America (2010)—was republished in 2019. In a new preface, Muhammad connects the history to stop-and-frisk policing today and notes, “The history in the following pages is as relevant now as ever and makes clear that racial crime statistics did not have to lead to racialized policing or lay the foundation for mass incarceration.”

As urgent today as it was in 2010, The Condemnation of Blackness explores the historical discourse about race and crime—especially in northern American cities such as New York, Philadelphia, and Chicago—from the 1890 U.S. Census through the first half of the 20th century. “This book tells an unsettling coming-of-age story,” Muhammad writes. “It is a biography of the idea of Black criminality in the making of modern urban America.”

The Condemnation of Blackness is an essential text for anyone who wants to understand the history that has linked ideas of race and criminality in America—particularly in the urban North. Through deep research and analysis of census data and crime statistics, Muhammad helps the reader understand how we got to our current narrative about race and crime, and why it doesn’t have to be this way.

The Hidden Face of Rights: Toward a Politics of Responsibilities 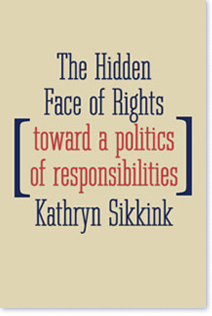 IN THIS BOOK, Kathryn Sikkink explores the ways in which a framework of responsibilities should accompany human rights. Sikkink is an expert in international norms and institutions, transnational advocacy networks, the impact of human rights law and policies, and transitional justice.

“The discourse of human rights often omits the language of political and ethical responsibilities, and that absence constrains the effectiveness of rights movements,” she argues. “We who believe in human rights need to begin talking and thinking explicitly about the politics and ethics of responsibility.”

In this concise yet wide-ranging book—which includes many examples from her work and experiences at Harvard Kennedy School—Sikkink considers areas of responsibility that include climate change, digital privacy and misinformation, voting, freedom of speech, and sexual assault. She notes that one barrier to taking action for positive change is the free-rider problem. When public goods or services are shared, people sometimes assume that others are taking responsibility, so they don’t have to, even though they benefit from the results. “One barrier to getting people to assume responsibilities for issues like a clean environment is the classic problem of collective action and large numbers,” Sikkink writes. “People hope that others will take action and they can free ride.”

To spur individual and shared action, Sikkink says, people have to be motivated to be responsible. “To encourage people to assume responsibilities,” she writes, “we need to think of how to mobilize the full range of human emotions and motivations, including altruism and a sense of satisfaction one gets from performing civic responsibilities, and not just the pursuit of narrow self-interest.” In this sense, she believes, a framework of responsibilities can work hand in hand with a human rights framework.

Finding Allies and Making Revolution: The Early Years of the Chinese Communist Party 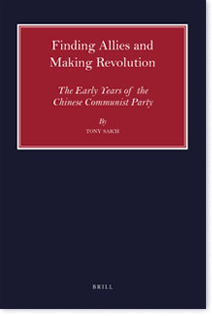 WHAT DOES A LITTLE-KNOWN Dutch Marxist have to do with the rise of the Chinese Communist Party (CCP) in the early 20th century? Drawing on extensive archival research, a new book by Daewoo Professor of International Affairs Tony Saich reveals how Henk Sneevliet’s work in China helped give birth to the most enduring and successful communist party of the past century. In Finding Allies and Making Revolution: The Early Years of the Chinese Communist Party, Saich details how Sneevliet, a Comintern functionary who went by the pseudonym Maring, was chosen by Lenin to transform a small and loosely organized group of activists and intellectuals into a viable communist party capable of mounting a credible political and military challenge for control of China. Piecing together Sneevliet’s diary, reports, and letters, Saich recounts the earliest days of the CCP, which is approaching its 100th anniversary next year.

Many of the primary source materials that Saich uncovered during his archival research in the Netherlands shed new light on the degree to which the Soviets were involved in establishing the party and guiding its earliest policies. Sneevliet and Lenin, recognizing the communists’ organizational and numerical inferiority, pushed the party to cooperate with the nationalist Guomindang. Saich gives readers a nuanced picture of the complex relations among Chinese communists, the Soviet leadership, and party functionaries deployed by Moscow to shape nascent revolutionary movements around the world. Puncturing the myth that the CCP was an exclusively Chinese outgrowth of the country’s domestic development, Saich argues that “no account of the origins of the CCP can ignore this reality and the role the Soviets played in the foundational years of the CCP.”

On Trade Justice: A Philosophical Plea for a Global New Deal 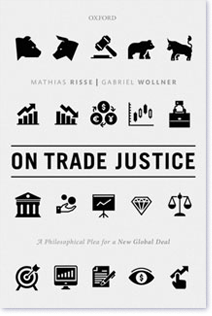 COMMERCIAL INTERESTS HAVE BEEN PLYING international trade routes for millennia, moving goods aboard everything from ancient reed rafts to today’s cargo jets and container ships. But as an area for philosophical study and thought, international trade has traditionally been a road less traveled.

Now Mathias Risse and Gabriel Wollner MPP 2012, a professor of political philosophy at the University of Bayreuth in Germany, have tackled this complex and challenging subject in On Trade Justice: A Philosophical Plea for a Global New Deal, blending contemporary analytical philosophy with an examination of current global trade frameworks and historical perspective. Their book explores both philosophical ideas about global justice and the application of morality to practical questions about international trade. The problem of exploitation in its many forms figures prominently in the authors’ thinking and analysis.

“Trade justice is about precluding various types of exploitation … to the extent they happen as part of the basic framework of rules for the trade regime,” the authors write. “States exploit bargaining power in negotiations, bilaterally, or within the WTO. Unfair advantage-taking occurs between individuals, for instance, when in employment markets one party benefits inappropriately from another’s weakness. It occurs between firms and individuals if firms disregard safety standards and use bargaining power to shortchange workers on wages.”

The book also delves deeply into the moral and ethical obligations of business, acknowledging the primacy of modern corporations as drivers of international trade norms. Issues explored include wage injustice, collusion with authoritarian regimes, relocation decisions, and obligations arising from interaction with suppliers and subcontractors.

Among other remedies, the authors make a case for the World Trade Organization to redefine itself as an agent of justice, embracing a leadership role and promoting a human rights and development-oriented mandate.

Research: Getting what you pay for, a three-pronged climate policy, and more