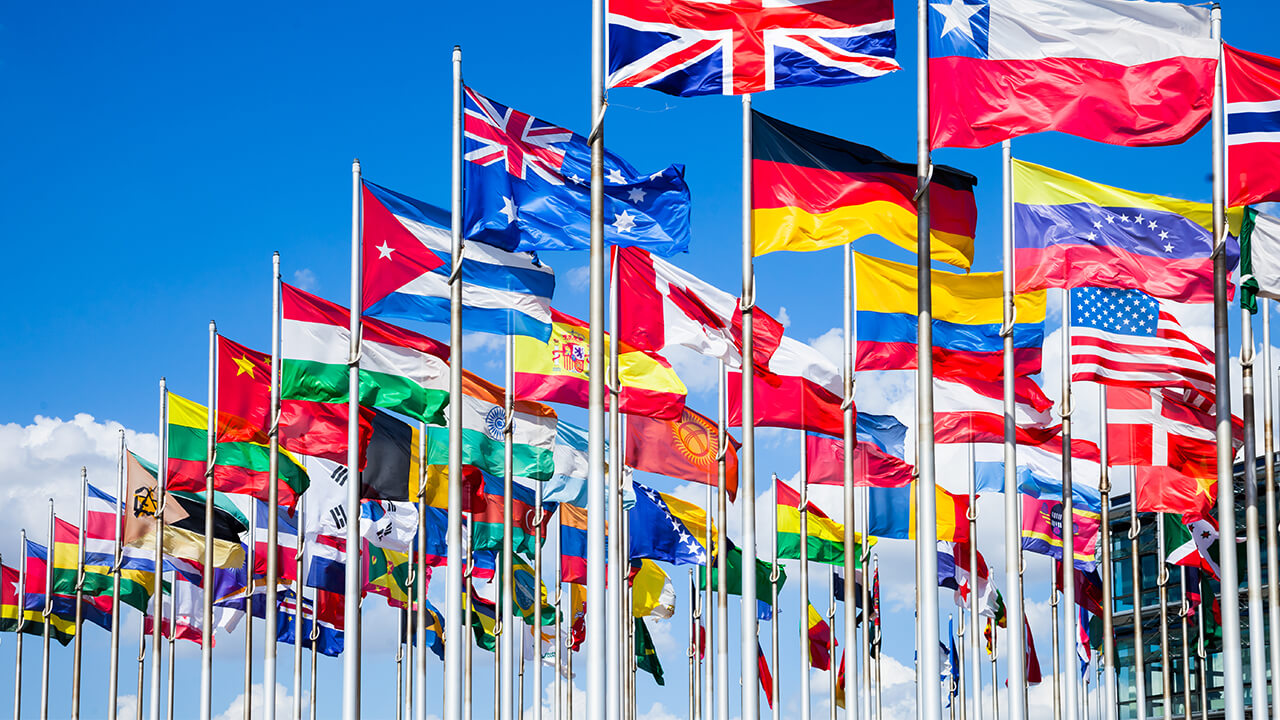 THE HEART OF THE SCHOOL’S WORK in diplomacy is found in the Belfer Center for Science and International Affairs. There, the Future of Diplomacy Project focuses on the study and research of diplomacy, negotiation, and statecraft, and is supplemented by teaching, programming, and an active community of fellows. At the helm of much of the work is Ambassador Nicholas Burns, Roy and Barbara Goodman Family Professor of the Practice of Diplomacy and International Relations, and former under secretary of state for political affairs at the U.S. State Department.

The Future of Diplomacy Project

The project aims to build Harvard Kennedy School’s ability to teach in this area, to support research in modern diplomatic practice, and to build public understanding of diplomacy’s indispensable role in an increasingly complex and globalized world by engaging with leading practitioners who use innovative means of conflict prevention and resolution at the negotiation table and beyond.

The Future of Diplomacy Project established this lecture series to 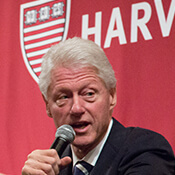 honor the legacy of one of America’s finest diplomats and educators, Ambassador Steve Bosworth. The Bosworth Lecture series brings distinguished leaders to Harvard to speak about foreign policy, diplomacy, and peacekeeping—three areas where Ambassador Bosworth focused his diplomatic and academic career. President Bill Clinton (at right) served as the inaugural speaker for the Bosworth Memorial Lecture in Diplomacy in April 2021, where he was introduced by the president of Harvard University, Lawrence Bacow, and interviewed by Burns.

A U.S. Diplomatic Service for the 21st Century 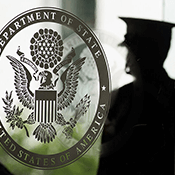 The project saw a U.S. diplomatic service in trouble and worked to imagine its future. Following more than a year of meetings with current and former high-ranking foreign service officers and experts, elected leaders, senior Trump administration officials, and members of the Biden transition team, the project published a major report—“A U.S. Diplomatic Service for the 21st Century”—highlighting actionable steps for the country to take in rebuilding its diplomatic service. Numerous briefings, including with members of Congress, have followed.

Starting in 2012, the Belfer Center, in collaboration with the 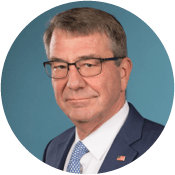 Institute for National Security Studies at Tel Aviv University, has hosted high-level U.S. and Israeli delegations comprised of journalists, politicians, academics, and policy experts that meet to discuss some of the most pressing issues facing the United States, Israel, and their bilateral relationship. These conferences are held alternately in Cambridge and Tel Aviv. The delegations debate, among other issues, the future of the Iran Nuclear Deal, U.S. policy toward the Middle East, what lies ahead in Syria and Iraq, the Israeli-Palestinian divide, and Middle East regional security issues. Professors Ash Carter (right) and Burns led the most recent Harvard delegation to Israel in 2019.

The three professors use the project’s extensive video interviews in these cross-university graduate-level courses on diplomacy, negotiation, and leadership: “Negotiation and Diplomacy” and “Negotiation Lessons from American Secretaries of State,” as well as Burns’s HKS courses: “Great Power Competition in the International System” and “Diplomacy: War and Peace Negotiations: 1990–Today.” In 2018, the professors published a book inspired by the project, Kissinger the Negotiator: Lessons from Dealmaking at the Highest Level.

The Future of Cultural Diplomacy

The Future of Cultural Diplomacy series explores how to harness the power of culture to advance international foreign and security policy objectives. The series highlights an important angle in current foreign policy debates and adds a valuable dimension to co-curricular discussions in international affairs at Harvard. Conceptualized by famed opera singer and U.S. State Department arts envoy Carla Dirlikov Canales, as part of her Advanced Leadership Initiative Fellowship at Harvard, the initiative focuses on the power of culture to create alternative or additional avenues to advance national interests. 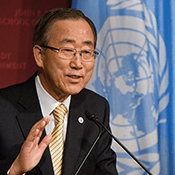 The Future of Diplomacy Project has a cohort of non-resident senior fellows who represent a wide breadth of professional and geopolitical expertise and who have served at the highest levels of government or their respective professions in diplomacy, security, or negotiations. Senior fellows visit HKS once per semester to engage with students in seminars, study groups, and office hours. Current non-resident fellows include Dina Powell (below left), former deputy national security advisor for strategy for President Trump; Ambassador (ret.) 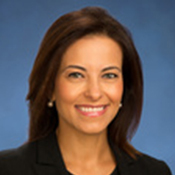 Thomas Shannon, former U.S. under secretary of state for political affairs and former U.S. ambassador to Brazil; David Ignatius, foreign affairs columnist for The Washington Post; and Douglas Alexander, former member of the UK parliament and UK minister for international development. Current U.S. National Security Advisor, Jake Sullivan, was a fellow in the project until 2021. 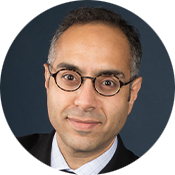 The Middle East Initiative, directed by Tarek Masoud, the Sultan Qaboos bin Said of Oman Professor of International Relations, is dedicated to informing policy on and in the Middle East through research, teaching, and public engagement. Recent initiatives aimed at promoting dialogue and cross-cultural understanding have included the “USA 2020” program, in which Masoud and Ambassador Karim Haggag of the American University in Cairo interviewed distinguished Arab policymakers and intellectuals on their interpretations of the 2020 U.S. presidential election; and a series of conversations with artists, writers, and cultural creators broadly connected to Israel and Palestine, conducted by MEI Senior Fellow James Snyder, the executive chairman of the Jerusalem Foundation. MEI also hosts fellows and visiting scholars whose work advances diplomacy toward and within the region, including Senior Fellow Rami Khouri, a renowned commentator on Arab affairs and scholar at the American University in Beirut, and Yael Berda, of the Hebrew University in Jerusalem, who, as a visiting scholar with MEI and the Future of Diplomacy Project, explores the prospects for peace and coexistence between Israelis and Palestinians.

Project on Europe and Transatlantic Relationship

The Project on Europe and the Transatlantic Relationship aims to strengthen the University’s capacities for teaching, research, and policy on the relationship between the United States and Europe. The program is designed to deepen a relationship which has—for over 70 years—served as an anchor of global order, driven the expansion of the world economy, provided peace and stability and reunited peoples once divided by war. Chaired by Professor Burns, the project aims to prepare a new generation of leaders on both sides of the Atlantic. 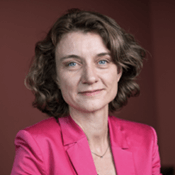 Fellow Daniela Schwarzer—throughout 2020 to discuss the crisis in the transatlantic relationship and propose a strategy to revive and strengthen it. The project published a report, “Stronger Together: A Strategy to Revitalize Transatlantic Power,” in December 2020 highlighting the group’s recommendations on how to address a range of key challenges including climate change, security, China, Russia, and technology, among other issues.

Since 2017, Harvard Kennedy School in partnership with the Rafael del Pino Foundation and the Spanish Ministry of Foreign Affairs has invited a senior Spanish diplomat to be in residence at HKS for one academic year. The Project on Europe and the Transatlantic Relationship also hosts non-resident fellows that have included a series of major figures in the world of diplomacy and security, such as retired general and former U.S. ambassador to NATO Douglas Lute; Dr. Daniela Schwarzer, former president of the German Council on Foreign Relations and now executive director for Europe and Eurasia for Open Society Foundations; and, from 2018–2020, Ambassador Victoria Nuland, now U.S. under secretary of state for political affairs, and Dr. Amanda Sloat, currently the senior director for Europe at the National Security Council.

Jay Bhatt MPA 2012 is working toward equity in health

Geraldine Acuña Sunshine MPP 1996 is rising to the challenge