Ariella Barker MC/MPA 2020 has been fighting battles for herself and others since childhood—now she will work where litigation meets policy.

After graduation, Ariella Barker MC/MPA 2020 will return to her job as an attorney, litigating employment discrimination and labor law cases for the City of New York. It is work that Barker, who was diagnosed with spinal muscular atrophy (SMA) at age three and has used a wheelchair since age 11, had wanted to do since watching episodes of the legal drama Law and Order as a child.

It will be an important job in a city decimated by the coronavirus pandemic. But despite her passion for the work, Barker’s decision to go back to it is a testament to the very issue she has spent her life addressing, namely the employment challenges people with disabilities face—an issue that has been made more evident by the global health crisis.

Barker, with her many health care needs, could not afford any gap in her employment so as not to lose health insurance coverage. And in the devastated work market left by the pandemic, she believed that as a visibly disabled woman, she would have been at a significant disadvantage in finding employment.

For now, Barker is setting aside her plan to enter the public interest–strategic communication field and will return to the courtroom. But she knows the enriching year she spent at the Kennedy School will enhance her work.

“I think that I'll be able to use a lot of the tools that I've learned here at the Kennedy School, to bring it back to New York City’s administration, not just in litigation, but the in-between work, where litigation meets policy agenda setting,” Barker says.

A lawsuit currently challenging the lack of accessibility to the city’s police stations is a prime example. While she may not be on the litigation team, Barker will be able to help the attorneys representing New York City to “understand how best to settle this suit, and what the best policy is going forward, to prevent this type of litigation in the future.”

Barker has been involved in battles all her life. She grew up in rural North Carolina, with a single mom working multiple jobs and a grandmother who helped looked after her. She was diagnosed with SMA through a procedure known as an open muscle biopsy (which she endured at a free clinic without anesthesia). She wasn’t expected to live past the age of five.

“Both my mom and I had no idea whether I was going to live only a couple more years or whatever, but once I kind of reached the age where I realized I was probably going to stop walking, but I wasn't going to die anytime soon, I had dreams and life went on,” Barker says.

Barker did not find much support in her community’s deep evangelical faith (“they considered me ‘lesser than,’ because of my disability,” she recalls, “they were well-meaning people but they really firmly believed that the best thing for me was for Jesus to heal me”) but her ambition helped her. She was the first person with a disability to be integrated into her public-school system. Her grades qualified her for major scholarships, allowing her to go to college and eventually gain her law degree. 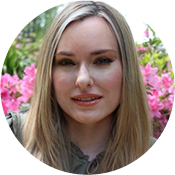 “I think that COVID-19 is going to open up a lot of disability issues that everyone is going to have to deal with, that people with disabilities have been dealing with forever.”

Following law school, she went to work for the City of New York. She was motivated by the idea of public service and the image of the crusading people’s advocate she had watched on television as a child. She was also conscious of the fact that her debts and her disability kept her from having the full array of choices available to more privileged classmates—uniquely, the public sector had both protections against discrimination and good pay. She also converted to Judaism, her interest in the religion piqued by the “infinite kindness” displayed by one of her professors, who was also an Orthodox rabbi. (She moved to Israel for a time too, fulfilling a long-held dream of living abroad, but returned after life-threatening health issues made her continued stay impossible. Difficult battles with debilitating illnesses and health insurance companies followed.)

Her professional and personal life experiences have given Barker unique insights into the challenges faced by people with disabilities. And she believes the pandemic has shone a light on issues that have long been vitally important to the disability community but ignored by society at large. Issues such as how people can return to workspaces if there is a probability of becoming sickened. Issues such as working remotely. Issues such as health insurance for those least able to pay for it.

“I think that COVID-19 is going to open up a lot of disability issues that everyone is going to have to deal with, that people with disabilities have been dealing with forever,” Barker says.

Learning how to think about the big questions