For three graduates, a research project on poor families in the middle of the pandemic brings together their pasts, their HKS experiences, and their hopes for the future.

As Ancito Etienne, Melissa-Ann Gillies, and Gabriela Lastres prepare to graduate, they take with them an experience as unique as the pandemic. As researchers for the Massachusetts Food Access Project (MFAC), they spent the summer of 2020 conducting weekly in-depth telephone interviews with people in 60 Massachusetts households, registering the economic hardship and food insecurity challenges they faced during the crisis, and documenting their experiences.

The project was supported by the Shah Family Foundation, which—driven by concerns about how low-income families in Greater Boston would be affected by the pandemic—contacted Harvard Kennedy School and the Rappaport Institute for Greater Boston just as communities entered lockdown. “In order to best rally the public and private resources seeking to help those in need during the pandemic, we needed a user-centered approach to understanding the obstacles to food access in Massachusetts  as well as how people were or were not making ends meet generally,” Kathryn Carlson, executive director of the Rappaport Institute, explains. “Because this is a qualitative study, our researchers were able to connect personally and build relationships.”

Their research, presented to policymakers throughout the summer and fall of 2020, provides first-hand accounts of how government programs and community assistance performed during the crisis, and ways to inform existing policy and tackle unmet needs so communities are better prepared for the next one.  The Rappaport Institute and lead investigator for HKS, Malcolm Wiener Professor of Public Policy Jeffrey Liebman, will release the complete research later this year.

Etienne, Gillies, and Lastres share their personal stories and reflect on their experiences working with MFAC below.

Etienne spent his childhood living with his family in a small mud house in Port-au-Prince, Haiti. Chronic poverty was his everyday life, and as he got older, the inequities around him became clearer. Tuberculosis, HIV/AIDS, malaria, and other diseases were devastating his community and country. Access to health care and medicine for the sick was hard to come by—without universal health care, they had to pay out of pocket—and most of those affected by these diseases were poor.

Etienne was 12 when he got sick. He was diagnosed with non-Hodgkin’s lymphoma, a type of cancer that can be curable with proper treatment. Haiti didn’t offer the care he needed and, even if it did, his family wouldn’t have been able to afford it. But his parents were eventually aided by Zanmi Lasante, a sister organization of Partners In Health in Haiti, which was able to send him to Massachusetts General Hospital in Boston to receive cancer treatment. Etienne returned to Haiti after his treatment and remains in remission.

“I felt lucky to have received cancer care in the United States,” he says, but “I still consider the unavailability of this life-saving care in Haiti at the time of my diagnosis an affront to morality and human dignity.”

His own story of chance and survival fueled his curiosity to learn about the root causes of poverty and inequality in Haiti, including its colonial exploitation, American occupation, and poor governance. 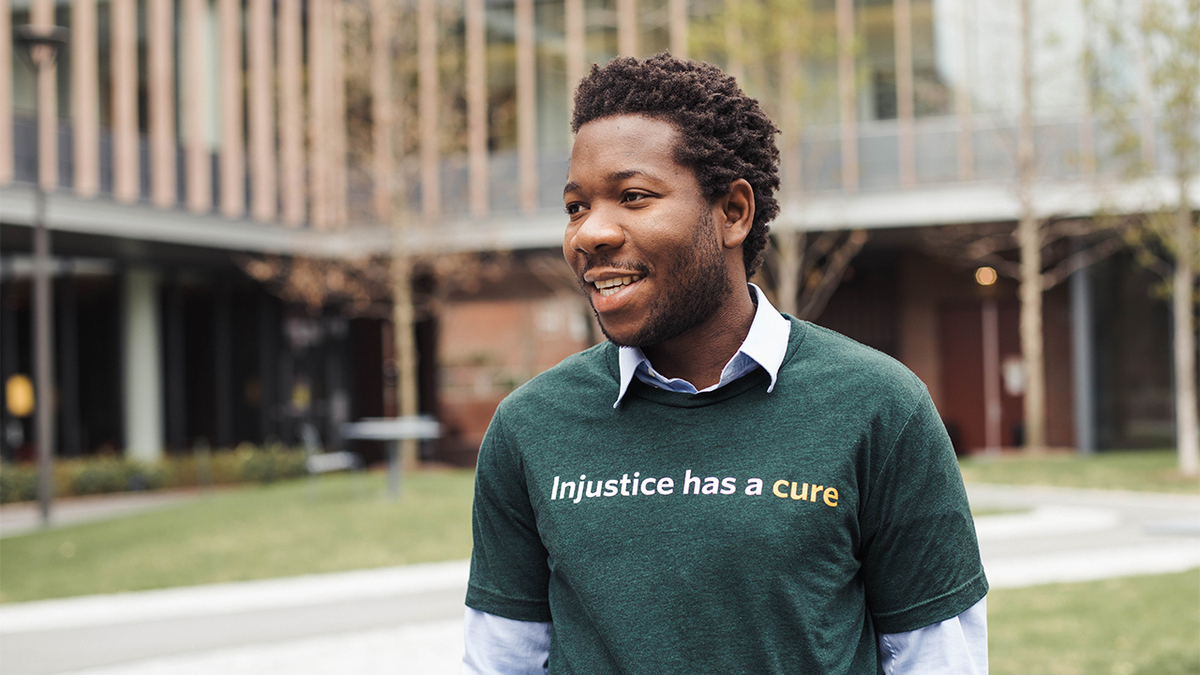 “I was inspired to become a change maker in Haiti by playing an active role in dismantling the social determinants of health and the greater political and colonial forces still at play,” explains Etienne, who is a Dubin Fellow at the Center for Public Leadership at HKS, a graduate fellowship program for emerging leaders committed to pursuing careers that have a transformative impact on society. “Those reasons are what brought me to the Kennedy School—I wanted to receive the best possible training on how to solve or undo their negative effects.”

The MFAC project was an example, providing perspective on the systemic barriers that keep people in poverty.

“We discovered many insights that we likely could not have gained from purely quantitative research,” he says. “Statistics or graphs alone cannot express the optimal human condition or the experience of suffering.”

“Many of the problems families expressed were not too different from problems my immediate and extended family were experiencing in Haiti during COVID-19,” he explains. “It was an opportunity to witness and evidence similar social issues that disadvantaged individuals experience in both developing and developed countries.”

Etienne’s HKS experience beyond the academics and virtual classroom was also powerful. Earlier this month, he co-chaired the Black Policy Conference, a leading policy-driven forum to address issues affecting Black communities around the world, especially in the United States. Boston Mayor Kim Janey—the first woman and the first Black mayor in the city’s history—was among its keynote speakers.

But it was the HKS network that took him most by surprise.

“I knew I was joining a network of accomplished individuals who are committed to public service, but I could not have imagined everyone would be such superstars,” Etienne says. “To be in a place where the heart and mind of virtually every person are visibly in sync towards a common goal is highly gratifying. That renewed my hope in the future of the world as a more just place.”

After graduating in May, Etienne plans to work at an organization where he can use his HKS education to focus on issues related to political and economic development. But eventually, he wants to return to Haiti to make a difference in people’s lives.

“For me, public service means fighting for the respect of human dignity by ensuring that everyone has access to basic human needs—food, health care, and shelter,” he says. “It means working together with deprived communities to develop just public policies that give them a voice and provide them economic opportunities.”

Listen to Ancito Etienne tell his story in his own words >>

Studying at HKS was an almost unimaginable opportunity for Gillies.

Growing up in Australia, in a poor household, she credits a dedicated single parent, a strong public education, an accessible welfare system, and a series of fortuitous interventions for creating an opportunity that was out of reach for so many others.

“I am definitely drawn to a career in public service because of my upbringing and background,” she says. “I came to HKS to learn the leadership and technical skills to reform social policy in Australia, specifically to reduce the incidence and impacts of long-term welfare dependency.”

“I have first-hand experience of the potential for health care, social services, housing, education, and disability support policies and services to transform the lives of the Australian people, including members of my own family,” she says. “I understand the strengths and weakness of these policies and services.  And I am aware of the immense potential for public service to transform people’s lives for the better. It is one of the most important tools for making the world fairer and more just.” 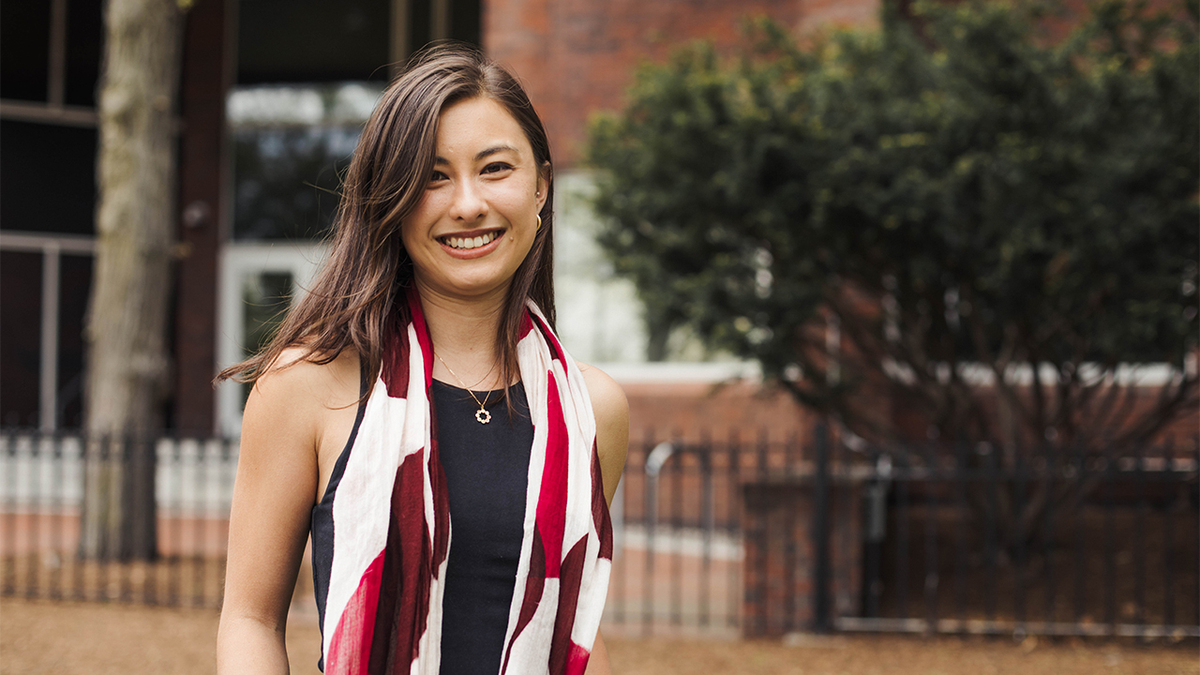 Being part of MFAC was core to her HKS experience.

“The project allowed me to spend time on the ground—or rather, on the phone during the COVID-19 period—with the people who we seek to serve the most as public servants, while also developing policy recommendations and briefing senior public and nonprofit leaders on how to improve food security during the pandemic and beyond,” she explains.

The low-income families participating in the study, she says, showed immense resilience, strength, determination, and courage. “Although our study was focused on food security and poverty, I learned a lot about people’s life stories and how they’d managed to cope with incredibly difficult circumstances. One of my participants, Blue, recovered from a hardcore substance abuse problem in her youth, but had worked hard to complete her GED in her early sixties. In my opinion, she is a pillar of self-reliance, courage, and strength.”

“There is a persistent struggle to recover for those who fall into poverty through illness or disability or bad luck without a strong safety net,” Gillies says. “And there are hidden challenges facing people who live on fixed-income payments each month. I couldn’t believe that a low-income participant who had inherited a few thousand dollars after her mother’s death was forced to either spend it all within thirty days or become ineligible for Supplemental Security Income (SSI) benefits. To remain eligible for SSI, individuals must have less than $2,000 in savings. It is wild.”

Her MFAC experience reaffirmed her commitment to improve lives, and she knows her HKS education will serve her well. As she reflects on her two-year HKS experience, Gillies also recalls some of the unexpected perks, like being surprised by how many well-known people from public policy and economist circles roamed the (pre-pandemic) halls.

“I distinctly remember standing in the Littauer Building with a group of friends after finishing one of Professor Richard Zeckhauser’s classes. The former Prime Minister of Australia, Kevin Rudd, was walking by,” she says. “I was naturally the first to recognize him as the only Australian in the vicinity. It was wild when he turned to me and said, ‘G’day, mate.’ I whispered back awkwardly, ‘G’day.’”

After finishing college in Chicago, she headed south to Houston where she worked for Human Rights First, a nonprofit that helps asylum seekers receive pro bono legal representation.

But after witnessing the devastating effects of the Trump administration’s policies on the local immigrant community, she got involved with community organizing at the Texas Organizing Project. There, she helped mobilize immigrants to change local policies and led trainings to help them gain resident status and apply for U.S. citizenship. She also coordinated a program during the 2018 midterm elections to drive hundreds of low-income voters of color to the polls.

“Through my work, I became aware of the potential for change that exists at the local level, particularly in supporting vulnerable communities,” she says. “I came to HKS to learn how to create and implement innovative policies in local government.” 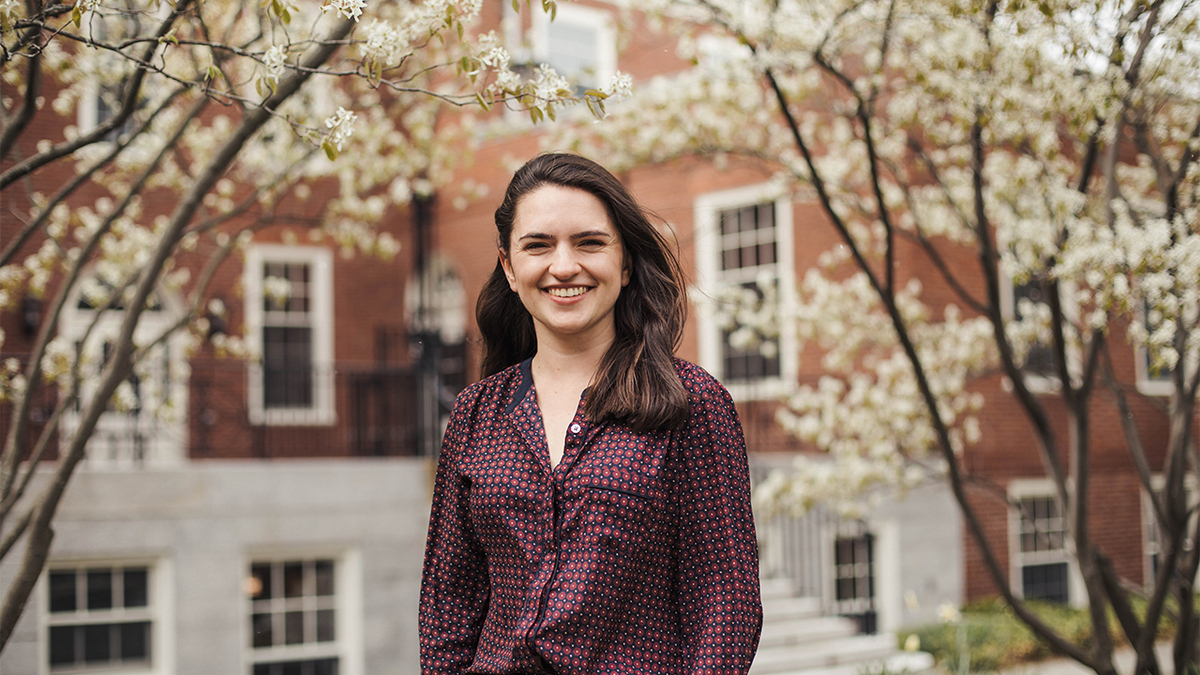 Lastres’s research for MFAC helped her connect these dots. It was one of the highlights of her HKS experience, giving her the opportunity to listen to those directly affected by the pandemic.

“At the beginning of the pandemic, I couldn’t truly see or grasp the way COVID-19 was upending lives until I spoke to the people experiencing it,” she explains. “Hearing about the devastation it was wreaking on families gave me insight into what was and wasn’t working for those families. Every week, my teammates and I spent hours speaking with families that were enduring the loss of loved ones, the loss of jobs, and the realization that they had no safety net to catch them when crisis hit.”

Her involvement in MFAC inspired her to focus her Policy Analysis Exercise, the Master in Public Policy (MPP) capstone project, on food security in Massachusetts, where she interviewed food insecure families as part of her research.

But one of the biggest takeaways from her HKS experience was the community she built along the way, forging life-long friendships particularly in her MPP Beta cohort.

“It’s been inspiring to meet so many people dedicated to public service and with such impressive backgrounds and visions for the future,” she says, adding professors Brian Mandell, Jeffrey Liebman, and Ambassador Wendy Sherman, now serving as U.S. Deputy Secretary of State, as being great mentors and role models.

After graduation in May, Lastres says she’d like to return to Houston and work in local government. Her HKS experience confirmed what she knew all along—that she remains committed to public service.

“I grew up very fortunate but knew people, particularly undocumented immigrants, who were left behind or intentionally left out of public support. It frustrated me to see government work for only some,” she says. “Through my work and at HKS, I have met incredible public servants who work tirelessly, and usually with little or no recognition, to help build a better future that does not leave people out. I’d like to dedicate my life to that same ideal.”