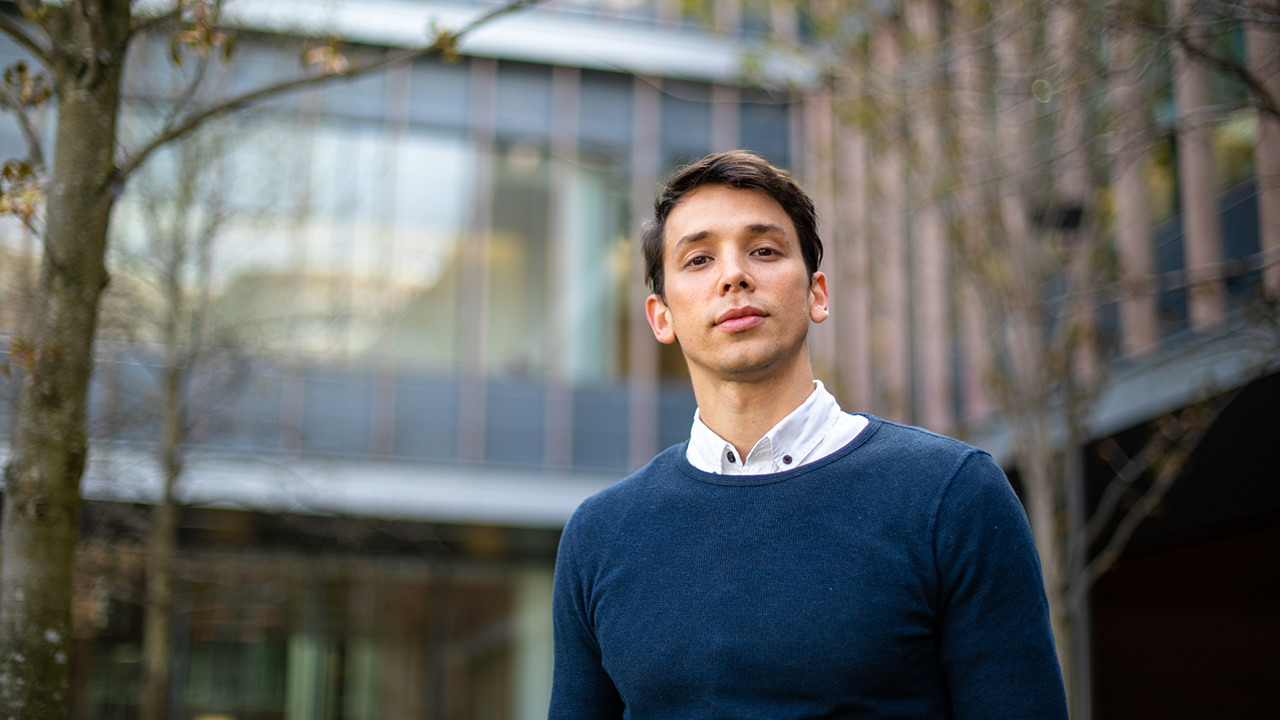 Nico Maffey AB 2013, MPA/ID 2022 combines knowledge and discipline to pursue ventures that make a difference in the developing world.

Social entrepreneurs have to conquer many fears, but overcoming anxiety is nothing new to Nico Maffey AB 2013 MPA/ID 2022. If you think a make-or-break meeting with potential funders is scary, try suspending yourself 40 feet above a stage sometime with nothing to hold onto other than a couple of long pieces of silk.

Maffey began training in gymnastics at age 6—which put him on a path to study circus performing at the National Performing Arts Conservatory in his native Argentina as a teen and then later to a career on Broadway and with Cirque du Soleil—but he says his drive to serve others began almost as early.

“Growing up, my mother was a teacher in a public high school and my father was a doctor in a public hospital, and that's really when I first got a sense of what it's like to work for something bigger than yourself,” he says. “One of my earliest memories is my mom advocating for reproductive health programs at the school where she worked, which enrolled mostly low-income students. I think I see a lot of myself in my parents—they've always been disruptive and impactful even in challenging circumstances.”

For Maffey, that passion for service has taken the form of social entrepreneurship, working on projects that blend technology with finance in developing countries. His current venture, Vaiven, helps low-income communities in Mexico navigate that country’s loosely regulated and often-predatory lending environment. 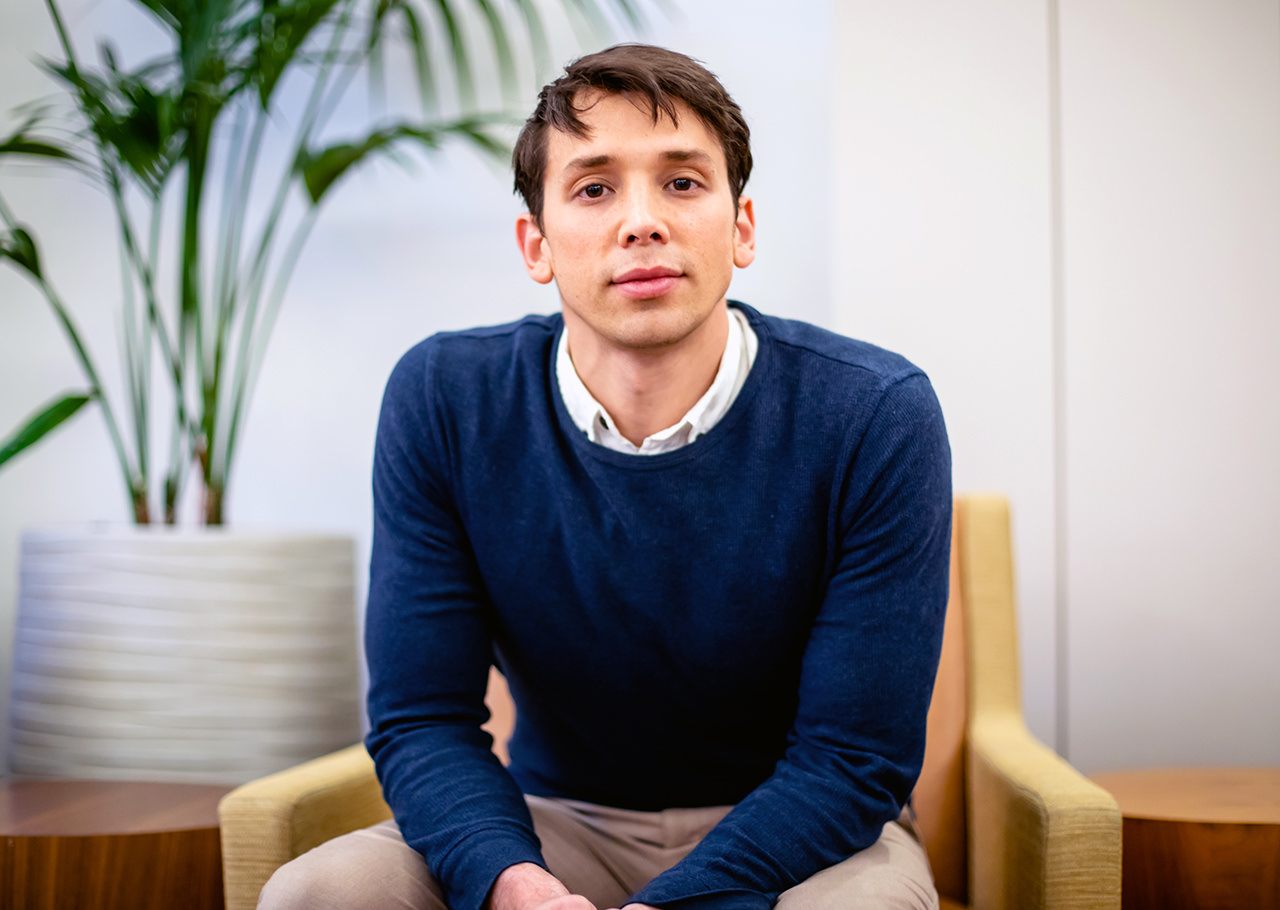 Maffey’s research has shown that 93% of loan applications from low-income borrowers to mainstream Mexican financial institutions are rejected, pushing them into the chaotic informal market. There, he says, lenders often use deceptive practices and parse interest rates in misleading ways to mask true costs. The average annual percentage rate for small personal loans in Mexico is 63%, Maffey says, and when you combine that with low financial literacy—87% of low-income adults cannot calculate simple interest rates—you have a recipe for never-ending cycles of debt.

Maffey’s venture works to solve those issues by creating a two-sided marketplace, where borrowers fill out a centralized and simple application that connects them with financial institutions that Viaven has vetted. Many of the potential lenders are Mexican credit unions that would otherwise not have a way to reach customers digitally. The terms of all loans are standardized for easy comparison, and Vaiven only charges a fee to lenders, not borrowers.

Maffey developed the project with help from the Harvard Innovation Labs, the MIT Sandbox, and the MassChallenge venture incubator. The company, which now has eleven employees, was recently awarded the Jury Prize at MIT’s PKG Social Innovation Challenge. While at HKS, he also founded the Digital Innovation and Fintech Club, which aims to empower students with the skills needed to build at the intersection of public policy and innovation. Maffey credits Kennedy School Adjunct Lecturer in Public Policy Richard Cavanagh and his “Entrepreneurship and Innovation in the Private and Social Sectors” class (MLD-830) for both inspiration and working knowledge to help build his venture.

“Every week we’d have a speaker, some of whom were HKS alumni, who had worked on solving these big development issues, whether it was access to finance in Bangladesh through microlending or fixing broken vaccine supply chains in Africa” he says. “These great entrepreneurs working at the intersection of policy, development, and technology were able to have a huge impact on their communities and on the issues they’re working on, and that is what exactly what I want to do with my career.”

“My hope for the future is to use the skills I’ve developed throughout this program to help mitigate the intractable development issues we’re facing, and ensure that technology can positively impact the world without leaving anyone behind.”

Of course, Maffey has had two careers for much of his life, even going back to his days as an undergraduate at Harvard College, when he studied biology and public policy while traveling back and forth to New York to perform. In 2016 he was cast in the award-winning Broadway revival of Pippin (a show developed by director Diane Paulus AB 1988 at the American Repertory Theater that merged circus performance with the original 1972 musical), and he was later a principal in Cirque du Soleil’s highest-grossing show, TORUK, co-directed by James Cameron.

Yet even at the height of his theatrical success, Maffey still kept his hand in social enterprise projects. He says it wasn’t always easy to manage—even for someone trained in the art of hand-balancing—and led to some interesting moments. “On a Broadway production, you are constantly pampered and attended to, while in my traditional job I’d literally be asked to edit the fonts on slides, which led to some important lessons in humility.”

“I mean, it's a lifestyle that requires constant sacrifice and hard work, and I don’t think it’s for everyone,” he says. “But I think I would have gotten really bored if I'd only been a performer.”

After retiring from the stage, Maffey worked in the nonprofit and public sectors in Latin America, including three years as director of strategy for a social enterprise that assists indigenous artisans in the Andes and as a director of economic development for Buenos Aires. Applying to HKS, he says, was his way of fully preparing himself to make an impact in a world where technology is playing an ever-increasing role in nearly every aspect of life and society.

“Whether technology changes the world for the better will largely depend on how regulation and public policy are designed and implemented,” he says. “My hope for the future is to use the skills I’ve developed throughout this program to help mitigate the intractable development issues we’re facing, and ensure that technology can positively impact the world without leaving anyone behind.”

Connecting a passion for the arts to civic and humanitarian spaces