Ankur Dhanuka MPP 2020 is melding a scientific background with lessons in leadership, policy, and entrepreneurship to make energy markets greener.

When Ankur Dhanuka MPP 2020 was growing up in Ranchi, a city in Northeastern India, long power outages were a daily occurrence for his lower-middle-class family of five. Major activities tended to be limited to daylight hours, and his family often struggled with simple household tasks requiring electricity. Once they were without power for 27 days due to a power transformer failure.

These early experiences led him to the realization that access to electricity transforms lives. Even now, Dhanuka says, more than one-third of India’s population does not have access to reliable power. Nevertheless, he saw his family’s hardship as a blessing in disguise: “A humble background, close-knit small-town community, and strong family bonds instilled in me the values of compassion, love, and care.” He recalls small joys, like waiting for the arrival of summer mangoes and enjoying them with his siblings, as among his fondest childhood memories.

Dhanuka’s curiosity drove him towards the sciences and math, and eventually he studied electrical and electronics engineering at Birla Institute of Technology, Mesra. It was through a summer internship at a thermal power plant, however, that Dhanuka became acutely aware of the environmental impact of electricity production and started focusing on solar and wind power. After graduating, he turned his attention to alternatives to fossil fuels, training to qualify as a nuclear engineer. 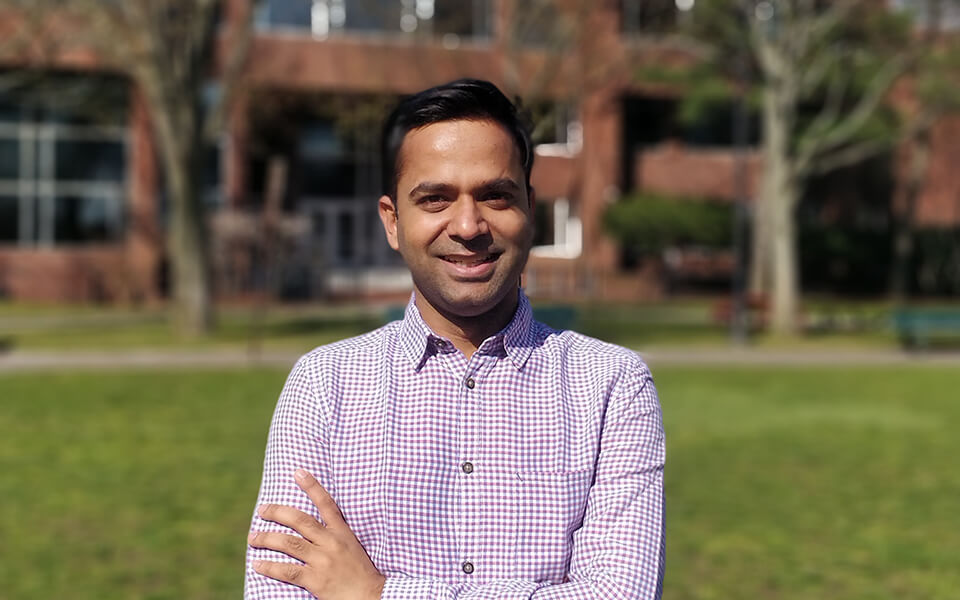 But even as he became more technically specialized, Dhanuka began to ponder bigger questions about the role energy can play in a country’s economy. How could nations like India and China, which have growing economies but also contribute significantly to global carbon emissions, move to renewable energy on a large scale? How might these energy markets evolve?

To grapple with these questions, Dhanuka realized, he would have to pair his background in science with a thorough understanding of the energy policy landscape. It was this realization that led Dhanuka to Harvard Kennedy School. It was a big step; he had never left his home country before landing in Cambridge, Massachusetts for his MPP. Still, Dhanuka feels that coming to the Kennedy School was the right choice. “My experience at HKS has been truly transformational,” he says. “For me it has been like an experimental platform. HKS gives you all the resources and then you are free to kind of conduct your own experiments.”

For a trained scientist and engineer, this experimental approach was exhilarating. “I kept on trying one thing after another to see what worked for me,” Dhanuka says. “That's the true spirit of an educational institution—not providing you with one particular solution but giving you more of an arsenal.” 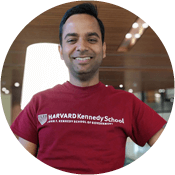 “I always felt that climate change is a collective-action problem and requires the integration of everyone across the world. It cannot be solved only by organizations or by government.”

He dove headfirst into a range of topics while at the Kennedy School—including courses on leadership taught by Ron Heifetz, the King Hussein Bin Talal Senior Lecturer in Public Leadership, and courses  in environment and energy taught by John Holdren, Teresa and John Heinz Professor of Environmental Policy, and Henry Lee, senior lecturer in public policy.

Dhanuka also found himself pleasantly surprised by what he learned from classes outside his areas of interest: “I never imagined myself doing entrepreneurship at any point before coming to the Kennedy School. But then in my very first semester here I ended up taking a course on entrepreneurship, and I realized that there is so much to learn.” Dhanuka saw that business skills would allow him to bring about change more effectively in the domains he cared about most: climate change and energy.

“This place has everything you need to think about what you want to do,” he says. “There was so much support—in terms of guidance, in terms of assistance, in terms of resources.” Dhanuka found that Harvard faculty members were especially willing to engage and mentor him. “That, in itself, was so much of a confidence booster,” he says. “There are people who believe in you. And this is what I believe is unique about HKS.”

After graduating, Dhanuka plans to gain a few years of international experience in the United States or Europe, broadly in the climate change and clean energy arena. He will then return to Southeast Asia to contribute to initiatives closer to home, eventually heading back to India. While this work will not be easy, Dhanuka is ready to mobilize others for action. “I always felt that climate change is a collective-action problem and requires the integration of everyone across the world,” he says. “It cannot be solved only by organizations or by government. It requires each and every individual to come forward.” Ultimately, Dhanuka wants to use storytelling and mass media to engage communities for change.

At heart, he is still driven by his childhood experiences and the power of compassion and human connection. “I'm looking forward to really making this world a better place,” Dhanuka says. “It has become a core part of my identity.”

Elevating people of color and women in the workplace