The intersection of politics and economics

Edoardo Teso PhD in Political Economy and Government 2018 on the important interplay between politics, economics, and policy.

Chicago’s political machine is perhaps a thing of the past, but for Edoardo Teso PhD in Political Economy and Government 2018, the Windy City will offer a unique opportunity to study the interactions of politics and economics. Teso, who will graduate this May from the Political Economy and Government doctorate program, wrote his principal research paper on the role of political patronage in the allocation of public sector jobs in Brazil. At Northwestern University’s Kellogg School of Management, where he will begin teaching next academic year, Teso will have the opportunity to pursue his research into how special interest groups affect policy outcomes. We caught up with Teso to discuss political economics, the perils of patronage, and what lies ahead. 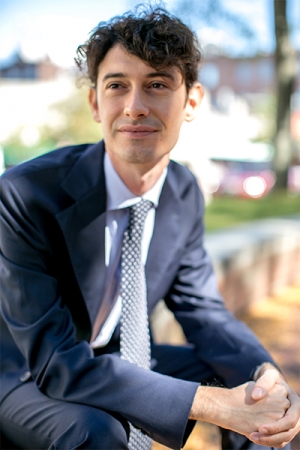 You grew up in Italy’s Veneto region and studied at Milan’s prestigious Bocconi University. Was there something about Italy’s culture and economy that shaped your academic interests?

Growing up in Italy absolutely influenced my choice to study political economy. An unqualified or corrupt political class and political institutions that do not allow the formation of stable governments are often cited as important reasons behind Italy’s disappointing economic results over the past decades. So, when thinking about economic issues, I have always been deeply aware of the important role played by political forces in the implementation of successful policies. Studying political economy seemed like a perfect choice for me.

What drew you to the Political Economy and Government PhD program at Harvard?

The PEG program suited my research interests perfectly. The program gave me the chance to study in the best economics department in the world and, at the same time, to take classes in political science as well, allowing me to interact with an amazing set of scholars across both disciplines. Right now, there are several Italian students in the program, but when I applied, no student from Bocconi University had ever been accepted. I didn’t have a lot of information about it and the program was not really well known to my Italian advisors. However, I was convinced that the structure of the program was ideal for somebody who wants to become a trained economist and is interested in topics at the intersection between political science and economics. And I certainly do not regret my choice to follow this path.

Tell us about your research and how it weaves together the various strands of your academic interests.

My research can be broadly divided in two areas. Firstly, I am interested in studying the relevance of political connections and lobbying in affecting economic policy. In the main paper of my dissertation, I studied how political connections influence employment decisions in public sector organizations. While patronage in public employment is typically considered a thing of the past, in most countries politicians are still given discretion in the allocation of many public jobs. This could leave the door open to patronage practices in modern bureaucracies. In my empirical work, I document how this discretion is partially used by Brazilian politicians to reward their political supporters, worsening the quality of the selection process in the public sector.

In the second area of my research, I study the process through which individuals form their preferences on economic policies, with particular interest on the determinants of individuals’ preferences for redistribution and of their attitudes about gender roles in the labor market. The role of cultural preferences in shaping economic outcomes is drawing increasing attention from political economists, and I believe this is a very interesting area of inquiry.