It is all in the translation

The data scientist hopes his research can help eliminate disparities in the criminal legal system.

Born in Ghana, Felix Owusu moved to the United States at an early age with his parents and three brothers. They settled in Iowa where his father is a professor at Iowa State University and his mother is a nurse. Owusu attended Williams College, studying international economics and political science. “Part of my interest in policy and thinking through economics was motivated by my experiences as an immigrant who straddled that line between communities and saw just how much the policy choices that governments were making impacted people's lives,” he says. “That juxtaposition made it clear to me early on that thinking through structural causes of problems, but also structural solutions to help people out, is important.”

After graduation, Owusu applied to several PhD programs, but he was not admitted to any of them. Dejected but not defeated, he sought work as an economic researcher in the private sector to sharpen his skills and gain experience.  “Despite the setback, I was still driven to understand inequality and think through ways to give people more equal chances in life,” he explains.

UC Berkley’s Goldman School of Public Policy started him back on the policy path. “I made the decision to pivot back to public policy and also focus more domestically,” he notes. “Even though I am from Ghana, I had lived in the United States for most of my life. It didn’t feel right to show up to a country I had barely known and try to tell people what they should be thinking about their policies.” He turned his focus to America’s criminal legal system and worked on his technical skills as a researcher. After receiving his master's in public policy, he came to Harvard for a PhD. “I was trying to figure out where research like this was happening, where there were people digging into racial disparities and trying to understand inequality in this context. And that is something that the Kennedy School is spearheading right now,” he says. 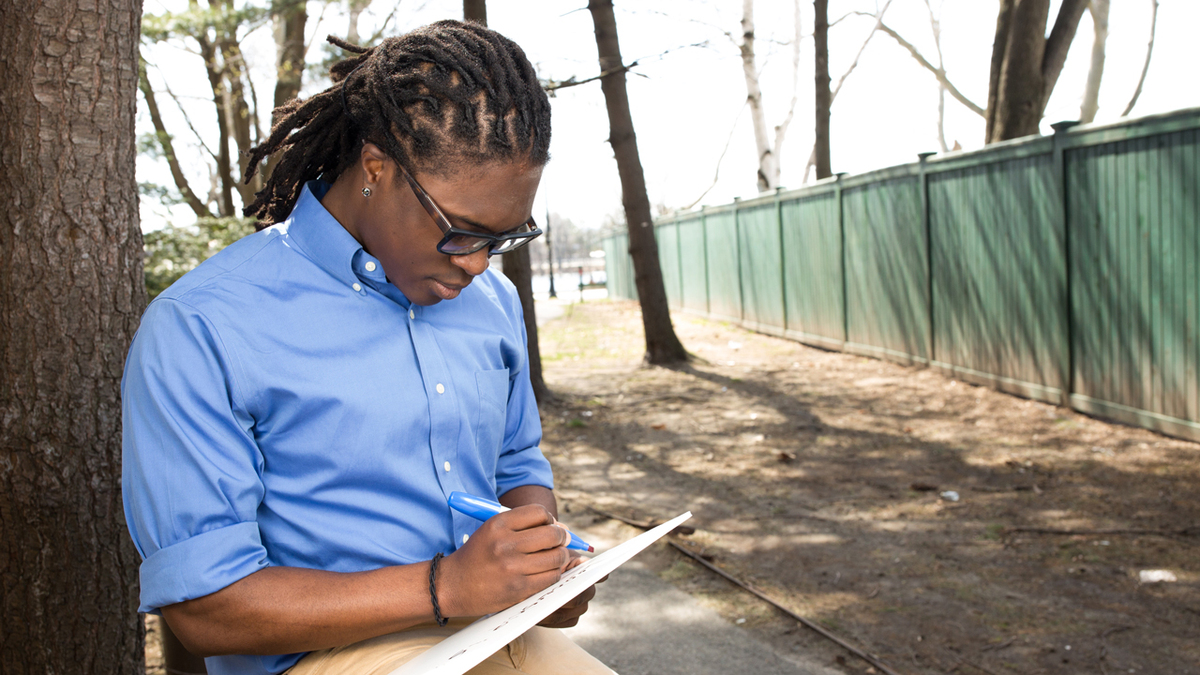 While at Harvard, he was a graduate affiliate at the Kennedy School Program in Criminal Justice Policy and Management and a Stone PhD Scholar in the Multidisciplinary Program in Inequality and Social Policy, which has recently grown, through a new gift, to become the Stone Program in Wealth Distribution, Inequality, and Social Policy. He also spent three semesters doing field work in Washington, D.C.'s local government, where he spearheaded the effort to release administrative data on police stops to the public. But it was his collaboration with the Harvard Law School's Criminal Justice Policy Program that gave him his most visible project. Steve Poftak, the former director of the Kennedy School’s Rappaport Institute for Greater Boston, met with Owusu and recognized his potential and directed him to a Law School project. “Steve basically said, ‘they are doing great work on racial justice in the Massachusetts criminal justice system, and I would love to support that in some way. Maybe we can support them by sending you over there,’” Owusu recalls. “It couldn't have been a better match. They had a lot of data and a mandate from the Supreme Judicial Court to look at inequality and specifically racial disparities, and I had a lot of experience with data, and interest.” He became the lead researcher and coauthor of a report on racial disparities in the Massachusetts criminal courts that was submitted to Chief Justice Ralph Gants of the Supreme Judicial Court.

After the Law School’s Criminal Justice Policy Program disbanded, Owusu thought about what to do next. “I didn’t want this work to end up sitting on a shelf,” he says. “I wanted to make sure that it doesn’t just stop at research but moves to practice. Then moves to policy.” He approached Sandra Susan Smith, the Daniel and Florence Guggenheim Professor of Criminal Justice and faculty director of the Program in Criminal Justice Policy and Management at HKS, and they worked together to put the data and research findings in front of the people who have policymaking power. The result is the Roundtable on Racial Disparities in the Massachusetts Criminal Courts, a convening of policymakers, practitioners, academics, and persons involved in the criminal courts to address long-standing inequalities in the Commonwealth’s court system. Owusu is happy and just a little surprised at the success of the roundtable convenings, now entering their second year. “Hopefully this means that there will be persistent progress in addressing these issues.”

“At times I feel like I’m translating rather than creating new knowledge. My goal is to listen to the people with the most at stake and make sure that their wisdom and experience is reflected in current policy conversations.”

Since completing his PhD in Public Policy in December 2021, Owusu has continued working with Professor Smith as a postdoctoral research fellow and is considering several potential career paths: “The great thing about being at the Kennedy School is that I was exposed to a lot of different ways to be effective as a researcher, whether doing academic research and publishing, working in government, or working with communities directly.”

As for what he gained from his PhD program at Harvard, Owusu calls out the student body. “The other PhD students in my program were incredibly supportive and exposed me to a lot of information outside my areas of expertise. I also learned a lot from the master’s students I interacted with as a teaching fellow Finally, the Harvard Graduate Student Union was a huge source of support,” he says. “Student workers from across the university voted to form the union in 2018, and in addition to improving working conditions for graduate students across the university, helping to build a union was a great opportunity to develop as an organizer and connect with folks from all around the University.” He also values the flexibility of the program. “As a researcher, I wanted to carve my own path, collaborate broadly with academics, policy experts, and activists, and focus on research questions that could inform ongoing policy conversations, and that's something that the PhD program at the Kennedy School allowed me to do.” This flexibility has enabled him to lean into what he sees as his superpower: using research and data science to translate community demands for change and equity into the language of policy.

“At times I feel like I’m translating rather than creating new knowledge,” he says. “My goal is to listen to the people with the most at stake and make sure that their wisdom and experience is reflected in current policy conversations." Whether Owusu spends his time with research, continues his work with the mayor’s office in D.C., or initiates new studies related to the criminal legal system, he feels well equipped to move forward.

A long route to Cambridge—from China via South Africa

Seizing her chance to make the world a better place

Connecting a passion for the arts to civic and humanitarian spaces