Learning how to think about the big questions

Ben Leuthold MC/MPA 2020 will put new analytical, strategic, and policy skills to work in his career as a U.S. Coast Guard officer.

Growing up in the tiny farm town of Darrtown, Ohio (population 516), Ben Leuthold MC/MPA 2020 had to go a few towns over to find a place to swim.

What he really wanted to do was fly—just like his dad who was a U.S. Air Force pilot who flew C-130s, a four-engine transport plane. But twists of fate and years later, Leuthold found himself back on the water after the U.S. Coast Guard Academy recruited him to play on its football team. 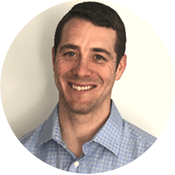 “I hope to broaden the aperture and start thinking about the strategic challenges the Coast Guard faces. I want to be in a position to offer value to the Coast Guard as it faces evolving strategic imperatives on the water.”

“The Coast Guard is the biggest adventure I never thought I’d ever have,” Leuthold says. “It’s pretty concrete you’ve had a tangible impact when you pull someone out of the water.” But after a while he wanted to transition to roles that demanded more strategic thinking. He had big questions. Where does the U.S. Coast Guard fit in the national strategy for homeland security? How should it provide services to U.S. taxpayers? And as the climate changes, does the mission of the U.S. Coast Guard change, too?

He came to Harvard Kennedy School to learn how to look for answers.

“I hope to broaden the aperture and start thinking about the strategic challenges the Coast Guard faces,” he explains. “I want to be in a position to offer value to the Coast Guard as it faces evolving strategic imperatives on the water.”

“I’m not a math guy,” he admits, but he learned from Deborah Hughes Hallett, an adjunct professor of public policy, in her class “Politics and Policies: What Data Can Tell Us?” how to work through data and use it to address the right questions—a skill, he says, that is useful in a work environment, like the U.S. Coast Guard, with limited resources.

“She took pretty upper-level concepts and explained you’re never going to run the calculations, but if you’re in public policy, you need to have a deep enough understanding to know when the data doesn’t line up,” he explains. “You can go back, reassess how the data was analyzed, and move toward a real ground truth sort of solution. It’s so valuable from a professional development standpoint.”

“Strategy, Management and Leadership: Lessons from the Field,” a class taught by Tom Glynn, an adjunct lecturer in public policy, helped Leuthold confront big challenges. “You have to balance three things in the public space: public value, political sustainability, and operational capability,” he says. “Be accountable to taxpayers, deliver something that functions, and have the top cover to make it sustainable.”

The importance of humility is an undercurrent throughout. “I learned from [Edward S. Mason Senior Lecturer in International Development] Matt Andrews that not everything is a nail. Use the frameworks to diagnose the problems,” he says. “You need to have the humility to see where you fit in and say, ‘I can help, but my expertise is in this area, I don’t have the solution to the problem. It’s a team effort.’”

The COVID-19 pandemic meant Leuthold learned a number of these critical lessons remotely from his home in York, Maine, where he lives with his wife, Jess, a certified public accountant, and their three sons, four-year-old twins, Jake and Will, and two-year-old Tom. Their fourth is due in October. "We’re super pumped,” he says. “Crazy is what we do best.”

Remote learning wasn’t altogether new to Leuthold. He earned his Master of Arts degree in defense and strategic studies from the U.S. Naval War College largely by taking classes remotely and at night. But these past few weeks weren’t without their challenges. “Half the time I’m sitting in class and one of my sons wants to show me a cool thing he’s done,” he says, laughing.

Leuthold was surprised in a good way, however, by the virtual discussion forums. Participation among his classmates took off.

“I don’t know if I would have understood some of the points they were making had I heard them in class,” he explains. “The virtual discussion forums allowed for more tangential understanding of their diverse opinions about concepts brought up in class. I read entire threads and suddenly I’m 12 articles deep and I’ve learned something I didn’t know.”

When classes were still on campus, Leuthold would take the bus from his home in York to Cambridge—about a two-hour drive one way—four days a week. As soon as his classes were done, he headed back to his family.

It was a team effort to make it all happen, he says, stressing that Jess has been “super understanding. It just wouldn’t have worked if I didn’t have her support to do it … She’s the one who should’ve gone to HKS, not me.”

Leuthold and his family will move to Maryland at the end of May for his new role in the U.S. Coast Guard’s Deputy Commandant for Operations (DCO) Budget Development Office.

In the DCO, he will oversee operational planning, policy, and international engagement at the strategic level and build relationships with interagency partners and maritime stakeholders to support policy development and resource acquisition.

He’ll be putting many of the skills he learned at HKS straight to work.

“When the budget drill happens,” Leuthold explains, “and you need to cut 5 to 10 percent, I’ll be better able to help frame for decision makers the tradeoffs we’re making, paint a holistic picture of the budget implications, and what they mean in the short, medium, and long term.”

Leuthold isn’t pulling people out of the water these days, but it’s clear he will be making a tangible impact in his next chapter with the U.S. Coast Guard.