The winning strategy of empowering others

An app for entrepreneurs in Ghana to track their business data. A technology toolkit for teen girls to create their own wearable devices. An initiative in Mozambique that links agricultural investment to school lunch programs.

All three of these endeavors won awards at Harvard University’s President’s Innovation Challenge this spring. All three share a common goal: to empower their users. And all three are led by Harvard Kennedy School students—Meghan McCormick MPA 2019, Eva-Maria Olbers MPA 2019, and Cara Myers MPA/ID 2018.

For the past seven years, Harvard Innovation Labs (iLab) and the President’s Innovation Challenge have issued a call to students to make a tangible impact on the world through their own entrepreneurial ventures. Judged by a panel of professional judges, students compete for prizes in three tracks: social impact or cultural enterprise, health or life sciences, and open track. With some $300,000 in prizes from the Bertarelli Foundation, it’s a significant opportunity for students to receive funding for their enterprises—and recognition for ideas that make a difference. 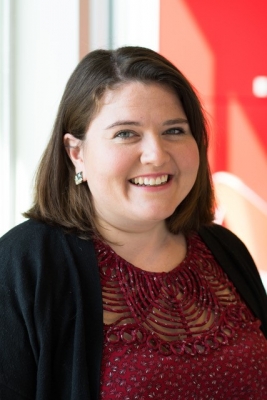 Meghan McCormick MPA 2019 was awarded the grand prize for the social impact and cultural enterprise track for OZÉ, an enterprise she co-founded with colleagues in Ghana to help small businesses in Africa to grow using technology. The enterprise was conceived while she was a Peace Corps volunteer working as a community economic development advisor in Guinea where high unemployment rates mean most can’t find a job—so they have to create their own.

“OZÉ started as Osez Innover—Dare to Innovate—a business accelerator for entrepreneurs,” Meghan says. “Now, it is the most active accelerator in French-speaking Africa. I started it in response to out-of-date business practices, such as keeping paper ledgers. Nothing was in real-time, so it wasn’t efficient. We decided to develop an OZÉ app to support the entrepreneurs we were working with. We soon realized it had commercial viability.”

The OZÉ app was launched this April. Meghan is returning to Ghana this summer to work on improving engagement numbers and learn which aspects of the app are helping the entrepreneurs they work with—then adapt the app to fit their needs.

“I love our users; they are very ambitious,” she says. “It’s really exciting to take an approach that supercharges others’ capability, to empower business owners. Through the tracking structure of the app, one user realized the free samples he offered—and the ingredients that went into them—were actually a marketing expense. With that new perspective, he was able to experiment and make more confident and strategic business decisions to fuel his growth.”

Meghan is drawing from the skills she’s learning in the MPA Program.

“Professor Ricardo Hausmann’s course Why Are So Many Countries Poor, Volatile, and Unequal? offered me a new framework for thinking about economic development in emerging markets. A group of us studied why Ghana was among the poor countries. Now, I’m thinking about what drives the economy. If the app works on a one-to-one basis, how can that make an impact for the country as a whole?”

"I’ve always been interested in the intersection of entrepreneurship, technology, and education. When I applied to HKS, I was hoping to gain a better understanding of these sectors in the context of public policy and their co-dependencies."

“There are so many things we can do to address low-hanging fruit, which can be real drivers of economic development,” she says. “If we could get 10 percent of small businesses in Africa to each add just one job—that would go a long way toward alleviating unemployment.”

Her classmate Eva-Maria Olbers MPA 2019 won the open track grand prize for STEMgem, a venture she co-founded with two MIT mechanical engineers that gives users—teenage girls—a toolkit to create their own wearable smart devices and increase their interest and motivation in the science, technology, engineering, and mathematics (STEM) fields.

“I’ve always been interested in the intersection of entrepreneurship, technology, and education,” says Eva. “When I applied to HKS, I was hoping to gain a better understanding of these sectors in the context of public policy and their co-dependencies. The course Digital Government: Technology, Policy, and Public Service Innovation with David Eaves and Carl Byers’ Entrepreneurial Finance helped me with these skills. Carl Byers in particular has been a helpful mentor as I’ve worked on STEMgem.”

The flexible MPA curriculum was helpful as she juggled classes and worked on STEMgem.

“I had to submit financial models for a class, and I was able to use STEMgem as my model—so I was learning on the job in the classroom,” she says.

“In a recent workshop of about 50 students, I was working with a girl who was 12 or 13 years old. STEM intimidated her—she thought it was more for boys,” she says. “I coached her and by the end of the workshop she was able to build and code her first engineering product. She was so proud of herself. Seeing that empowerment was so moving.”

What’s next for Eva and STEMgem?

“HKS gave me the courage and skills to go full time with STEMgem this summer,” Eva says. “We’re preparing a Kickstarter campaign for launch this fall, developing a go-to-market strategy and looking for venture funding. We’ll also conduct more workshops with girls and will soon be piloting STEM projects in U.S. schools as well as internationally—particularly in countries where girls are disadvantaged when it comes to access to education. Our mission is to empower the next generation of female scientists, coders, and engineers.” 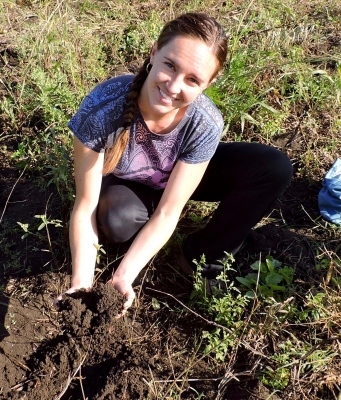 And while Cara Myers MPA/ID 2018 didn’t take home a grand prize, she did wrap up her HKS student experience on a high note by winning the “Crowd Favorite” award for her startup, Mozambique School Lunch Initiative.

“It was such a morale boost and a huge vote of confidence,” Cara says. “Friends and classmates helped legitimize Mozambique School Lunch Initiative through their support. My dad even said to me, ‘You may get a lot more money from a billionaire, but earning the respect and admiration of your peers is every bit as valuable.’ That day was the most exhausting and rewarding of my HKS career.”

Cara first traveled to Mozambique in 2013 while working for the nongovernmental organization Samaritan’s Purse, then went on to work in Kenya and Brazil. But in 2015, Mozambique experienced severe drought. The news she heard from local friends was sobering and drew her back to the country with which she had forged strong bonds.

“I heard about children having to drop out of school because of hunger,” Cara says. “Two of my Mozambican friends and I decided to start a small 30-day relief project. It actually worked, and so it gained traction. We saw that it had great potential and wanted to put more energy into it. Last year, we officially started Mozambique School Lunch Initiative to integrate food security, education, agricultural production, and poverty reduction goals to help improve the lives of Mozambicans.”

Cara has drawn heavily on the skills she learned in the MPA/ID Program, particularly in Matt Andrews’ Getting Things Done: Management in a Development Context course as well as his elective class Problem-Driven Interactive Adaptation in Action. She also mentions her gratitude for Adrian Cheng and the New World Social Enterprise Fellows Program, which is designed to prepare select students to lead social change through innovation.

Like her fellow HKS award winners, Cara plans to work on her venture full time this summer.

“I’ve generated a lot of leads that I’d like to explore,” she says. “I’ve spent a lot of time thinking about my biggest value-add: As an American, I’m mindful of what I can and can’t bring to the table. I think what I offer is skill at bridging resources from an international perspective as well as developing relationships with local Mozambicans. Mozambique has so much potential. It takes effort, but things are working—we’re seeing results. There’s real potential to make a transformational impact.”

For all three women, daring to take on roles that empower others resulted in a new sense of empowerment for themselves.

That’s the kind of entrepreneurship that answers the challenge to transform the world.