Kaivan Shroff is an MPP student at Harvard’s Kennedy School of Government. He currently serves as a Senior Advisor to the Institute of Education where he was COO and Director of Strategy. Before joining the team at IFE Shroff worked at Microsoft New York on their Technology and Civic Engagement team, partnering with the NYC government and non-profits to offer data-driven solutions to big social problems. Shroff also worked on the Digital Team at Hillary for America. He holds an M.B.A. from the Yale School of Management and a B.A. in Political Science from Brown University. He is passionate about using modern tools to educate and engage voters online in a way that motivates them to take actions offline. Email

Ivan Stoitzev is a second-year Master of Public Policy student. He is originally from Bulgaria and attended Wesleyan University. He worked in consulting for three years at Argus Information & Advisory Services, where he predominantly focused on projects for credit card issuers. Subsequently, he spent two years at Harvard Business School as a Research Associate for Professor Michael Porter at the Institute for Strategy and Competitiveness. While at HBS, he focused on corporate strategy development and the transformative effects that Smart, Connected Products are having on companies. Ivan is interested in the intersection of technology and government policy, particularly the ways in which autonomous vehicles stand to reshape the domestic economy. Email

Adam Sherman is a first-year MPP student at Harvard Kennedy School. He previously worked as director of product management and strategy at National Journal in DC, where he led a team of 20 consultants supporting Fortune 100 clients in the energy, environmental, defense, and tech sectors. Earlier in his career, Adam worked for the National Democratic Institute and the Obama re-election campaign. He graduated with a B.A. in Government from Dartmouth College. Adam is interested in supporting cross-sector collaboration on clean energy development.

Devika Balachan is pursuing an MBA at the Wharton School as well as an MPA at the Harvard Kennedy School. She is passionate about working in agtech, with experience in venture capital at Bayer Crop Science as well as at AgFunder, an online venture capital platform investing the agrifood-tech space.

Devika also spent four years at Deloitte Consulting, working with clients across the private and public sectors. She is skilled in data visualization, research portfolio management, and grants management for federal scientific agencies. She has business development experience across public agencies, NGOs, and chemical multinationals, and was chosen as a 2017 Fellow in the firm's Chemicals and Specialty Materials practice.

She earned her undergraduate degree in Ecology and Evolutionary Biology from Princeton University, with a focus in nitrogen cycling in agricultural systems.

Emily Eibl is a first-year Master in Public Policy student at the Harvard Kennedy School. She previously worked at Day Health Strategies, a mission-oriented healthcare consulting firm committed to transforming the healthcare system to make it more patient-centered, affordable, and high-performing. In her consulting work, she worked on healthcare related projects with both public and private sector organizations. Many of her projects were related to helping organizations succeed in the transition to value-based care. She graduated with a B.A. from Tufts University where she majored in Political Science and Community Health. Emily is interest transforming the US healthcare system through policy, regulation, and government-industry partnerships.

Kyle Witzigman is a first year MPP candidate whose previous work was in Vietnam. He first taught on a Fulbright English Teaching Assistantship in Tuyen Quang. Later, he moved to Ho Chi Minh City and joined the founding team of Fulbright University Vietnam, the country's first independent, non-profit, private university modeled in the liberal arts tradition. He graduated from the University of Notre Dame with a degree in Political Science and Middle Eastern Studies/Arabic. He is interested in infrastructure development in Southeast Asia. 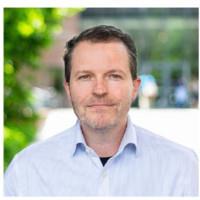 Reinaldo Fioravanti is a Mason Fellow, MC/MPA Student at the Harvard Kennedy School. He currently serves a Lead Specialist at the Inter-American Developing Bank based in Washington, DC where he led the structuring of large infrastructure projects in Latin America Region, and was Head for Central America and the Caribbean. He holds a MEng from MIT/Zaragoza Logistics Center and a Phd in Transportation Engineering from State University of Campinas, Brazil.

Nakul Nagaraj is a first year MPP student at the Kennedy School. Prior to HKS, he worked with non-profits primarily in the south of India. He has worked in policy research by helping a think tank evaluate government programs in the field of micro-insurance, healthcare, early childhood as well education. He has worked with elected representatives by assisting a Member of Parliament implement development initiatives in his constituency. While Nakul holds a degree in mechanical engineering, he is most interested in exploring how businesses can help reduce poverty in developing countries.

Ben Rutledge is a Powell Fellow and MC/MPA Student at the Harvard Kennedy School working in international trade, human rights & development. Professional legal and human rights-related experience working across four continents with the UN and other public and private sector orgs, and in varying common and civil law jurisdictions.