Assessing the U.S. Treasury Department's Allocations of Funding for Tribal Governments under the American Rescue Plan Act of 2021 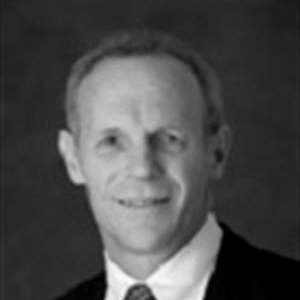 The American Rescue Plan Act of 2021 ("the Act" or "ARPA") has resulted in the single largest infusion of federal funding for Native America in U.S. history. The core of this funding is $20 billion for the more than 570 federally recognized American Indian and Alaska Native tribal governments. As required by the Act, the Department of the Treasury ("Treasury" or "the Department") devised and has now implemented a formula for allocating these monies. We find that the allocations that have been made are grossly inequitable and contrary to the policy objectives of Congress, the Biden Administration, and the Treasury Department itself. Treasury's Formula: Apart from dividing $1 billion of the available $20 billion equally among all tribes, the essence of the Treasury Department's allocation formula entailed distributing 65% of the ARPA funds for tribal governments based on the number of total tribal citizens served by those governments and distributing the remaining 35% based on tribes' total number of employees, Native and non-Native, immediately before the COVID-19 pandemic struck. The Result: ARPA's $20 billion of direct funding was intended to provide relief to tribes because Native American individuals and communities have experienced significant historical disadvantage and have borne significantly disproportionate harms from the pandemic. Correspondingly, within Indian Country, the tribes most in need of assistance are those where extreme disadvantage persists and where the pandemic has been most injurious to Native American individuals, families, and communities. Nonetheless, Treasury's formula distinctly favored tribes with relatively high proportions of employees relative to enrolled citizens, which tend to be the tribes with strong pre-pandemic economies that financed modern infrastructure and well-funded public services. While these tribes deserve recognition for their accomplishments, they are the tribes that already were in the best position to "build back better." Yet, Treasury's formula has resulted in ARPA payments as high as $880,000 per tribal citizen for some "have" tribes. Meanwhile, hundreds of "have not" and "have less" tribes, encompassing 89% of all tribal citizens in the U.S., have received ARPA allocations of less than $10,000 per tribal citizen. Policy Remedies: With the ARPA direct funding monies already distributed to tribes, options for remedying the evident inequities in Treasury's distributions are limited. However, it still makes sense to: • Create equity offsets by (1) targeting use of ARPA's $500 million Local Assistance and Tribal Consistency Fund to address the worst inequities, (2) prioritizing disadvantaged tribes in reconciliation, infrastructure, disaster, and other forthcoming funding measures and in other Departments' funding for tribes, and (3) waiving bureaucratic restrictions on how tribes can use relief and recovery funds; • Create a permanent and appropriately staffed and resourced Office of Tribal Affairs within Treasury in order to build the Department's capacity and expertise; and • Engage in substantive consultations with tribes that go beyond mere listening to generate useable knowledge and policy options.