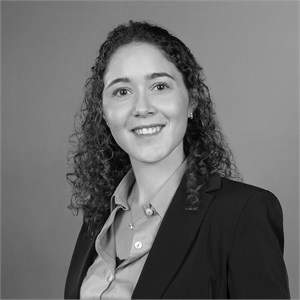 We study the educational choices of children of immigrants in a tracked school system. We first show that immigrants in Italy enroll disproportionately into vocational high schools, as opposed to technical and academically-oriented high schools, compared to natives of similar ability. The gap is greater for male students and it mirrors an analogous differential in grade retention. We then estimate the impact of a large-scale, randomized intervention providing tutoring and career counseling to high-ability immigrant students. Male treated students increase their probability of enrolling into the high track to the same level of natives, also closing the gap in terms of grade retention. There are no significant effects on immigrant girls, who exhibit similar choices and performance as native ones in absence of the intervention. Increases in academic motivation and changes in teachers’ recommendation regarding high school choice explain a sizable portion of the effect, while the effect of increases in cognitive skills is negligible. Finally, we find positive spillovers on immigrant classmates of treated students, while there is no effect on native classmates.