Groups Weight Outside Information Less Than Individuals Do, Although They Shouldn’t: Response to Schultze, Mojzisch, and Schulz-Hardt | Harvard Kennedy School
Skip to main content

Groups Weight Outside Information Less Than Individuals Do, Although They Shouldn’t: Response to Schultze, Mojzisch, and Schulz-Hardt 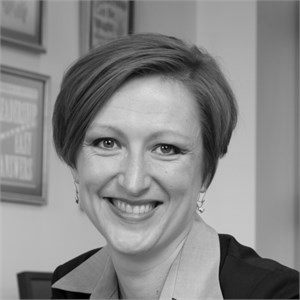 By suggesting that dyads should give less weight to outside advice than individuals should, Schultze, Mojzisch, and Schulz-Hardt (2013) raise important questions regarding whether and when collaborative judgment outperforms individual judgment. The authors argue that, normatively, the judgments of dyads should be weighted twice as heavily as those of individuals because the former are made up of two independent inputs, whereas the latter are a product of solitary contemplation. The problem, however, is that estimates produced by dyads are not actually made up of two independent inputs. Prior work suggests that group interaction creates shared perspectives, viewpoints, emotions, and cognitions, such that any member’s contribution reflects and is influenced by the group’s contribution (Kenny, Mannetti, Pierro, Livi, & Kashy, 2002; Salancik & Pfeffer, 1978). Thus, group members should not be treated as independent individuals but rather as interdependent contributors (Nezlek & Zyzniewski, 1998; Raudenbush & Bryk, 2002). In the research that Schultze et al. address (Minson & Mueller, 2012), we asked dyad members to interact without initially committing to individual estimates—a common practice in many real-world judgment contexts. How did such joint estimation affect their judgments? To answer this question, we first compared the error of dyads’ initial estimates with the error of estimates that would have resulted if participants in the individual-judge/individual-advisor condition averaged their judgments with those of their advisor. We found that dyads’ estimates were less accurate (M = 40.4 percentage points) than those produced by averaging the estimates of two independent individuals (M = 34.4 percentage points), b = -0.060, z = -2.19, p

Minson, Julia, and Jennifer S. Mueller. "Groups Weight Outside Information Less Than Individuals Do, Although They Shouldn’t: Response to Schultze, Mojzisch, and Schulz-Hardt." Psychological Science 24.7 (July 2013): 1373-1374.