The Logic of American Strategy in the Middle East 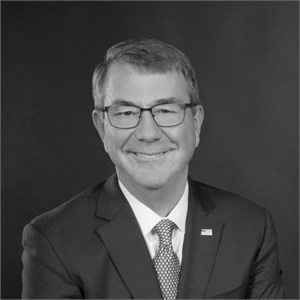 The Department of Defense remains engaged in the Middle East because doing so serves both America’s interests and those of its regional allies and partners. At the IISS Manama Dialogue in December 2016, I spoke about the enduring logic of American strategy in the Middle East. With stops in Iraq, the United Arab Emirates and Israel as well as Bahrain, it was my seventh visit to the region since my confirmation as secretary of defense in February 2015. My frequent travels to the Middle East were a manifestation of the US Defense Department’s (DOD’s) principled and relentless pursuit of US national interests in the region, and its continued commitment to working with regional allies and partners in ways that also enable them to advance their own interests. At the end of 2016, the US military posture in the Middle East included over 58,000 American personnel afloat and ashore, with more than 5,000 on the ground in Iraq and Syria, relying on some of America’s most capable air, ground, maritime, and ballistic-missile-defence assets. These forces are countering terrorism, particularly the Islamic State (also known as ISIS or ISIL) and Iran’s malign influence, two of the five challenges American service-members are confronting around the world, including Russia’s aggression, China’s rise and North Korea’s nuclear provocations.