Natural Allies: A Blueprint for the Future of U.S.-India Relations 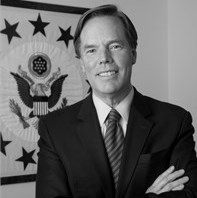 The economic, political, and military rise of India is reshaping world politics and promises to make India both a true global power and one of the most important bilateral partners of the United States. This report, authored by former Deputy Secretary of State Richard L. Armitage, former Under Secretary of State for Political Affairs R. Nicholas Burns and CNAS Senior Fellow Richard Fontaine â€“ and endorsed by over 20 esteemed foreign policy experts - provides a blueprint for the path forward for this critical relationship. "The recommendations in this report are based on the belief that the United States has an interest in working more closely with India and in assisting its further emergence as one of the worldâ€™s great powers," the authors write. "This will require policy changes by both the United States and India. Many of these changes will be difficult, and some differences may endure. But the potential gain is worth the effort. Now is a critical time in this partnership, a moment to transform past bilateral accomplishments into regional and global successes. We urge American and Indian leaders to seize it."