Populist Threats to Electoral Integrity: The Year in Elections 2016-2017 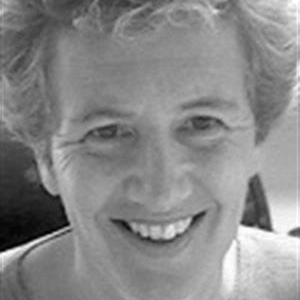 National elections for the legislature and/or the executive are held in almost all countries around the globe. This development has the potential to strengthen democracy. Yet, numerous contests suffer from electoral malpractice, whether from unfair laws, gerrymandered boundaries, restrictions on the free press, maladministration, election-related violence, ballot box fraud, or the abuse of money in politics. How widespread are these problems? For updated evidence, this report draws upon the fifth release of the Perceptions of Electoral Integrity dataset (PEI 5.0), in May 2017. This dataset compares the views of 2,709 experts who have evaluated electoral integrity in 158 countries holding 241 national elections from 1 July 2012 to 31 December 2016. Part II of the report summarizes the latest results by global region and highlights selected cases to go beyond the numbers, contrasting positive and negative practices. We focus on several elections held in 2015 and 2016 --including the UK and Iceland in Western Europe, the United States in the Americas, Australia and the Philippines in Asia Pacific, Russia and Lithuania in Central and Eastern Europe, Iran and Syria in the MENA region, and The Gambia and Gabon in Sub-Saharan Africa. Part III examines two major challenges – electoral corruption and coercion. The EIP project has developed new measures to monitor the extent of these problems – where they occur and what conditions these malpractices commonly undermine electoral integrity. Are these techniques of carrots and sticks deployed separately – or are they combined? More systematic evidence about these problems can provide insights about how best to target reforms and what policies have proved most effective. Part IV focuses on populist threats to electoral integrity. We first compare several recent European elections to see whether contemporary support for populist parties is rising or stalled, including in the Netherlands, France, the United Kingdom, and Germany. We then identify three mechanisms whereby populism threatens free and fair contests including through damaging public confidence in elections, actively undermining international standards of electoral integrity and violating electoral laws, and colluding from Russian attempts to interfere with democracy abroad. Parts V and VI provide additional reference and technical information. With this update, PEI 5.0 covers 91% of all independent nation states holding national parliamentary and presidential elections around the world, excluding micro-states (with a population below 100,000). The study provides independent assessments utilizing a rolling survey where experts assess the quality of national elections one month after the close of the polls. Based on the views of 2,709 experts, the average response rate for PEI 5.0 is 28%. The technical appendix provides full details about the reliability and validity of the dataset.