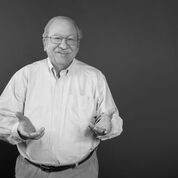 On April 10, 1966, a crowd of 10,000 farm workers and supporters gathered at the California state capitol to celebrate victory in one of the most significant strikes in American history-one that made Cesar Chavez famous as leader of the National Farm Workers Association (NFWA), which later became the United Farm Workers (UFW). In Why David Sometimes Wins , Marshall Ganz tells the story of the UFW's ground-breaking victory, drawing out larger lessons from this dramatic tale. Since the 1900s, large-scale agricultural enterprises relied on migrant labor-a cheap, unorganized, and powerless workforce. In 1965, after successive waves of failed organizing attempts, the AFL-CIO, the Teamsters, and the three-year-old NFWA all found themselves on the ground, recruiting members. That year, some 800 Filipino grape workers began a strike, under the aegis of the AFL-CIO. The UFW soon joined the action with some 2,000 Mexican workers. The UFW's leaders turned the strike into a kind of civil rights struggle; they engaged in civil disobedience, mobilized support from churches and students, boycotted growers, and transformed their struggle into La Causa , a farm workers' movement that eventually triumphed over the grape industry's Goliath. Why did they succeed? How can the powerless challenge the powerful successfully? Ganz points to three elements: the greater motivation of their leaders; the diversity of their community ties, information, and skills; and their creative decision-making processes. In total, the ability, or resourcefulness, to devise good strategy and turn short-term advantages into long-term gains. As both a longtime movement organizer and scholar, Ganz provides insight unavailable anywhere else. Authoritative in scholarship and magisterial in scope, this book constitutes a seminal contribution to learning from the movement's struggles, set-backs, and successes.