The capacity to solve: How public and private can work together to revitalize a city | Harvard Kennedy School Skip to main content

The capacity to solve: How public and private can work together to revitalize a city

The mayor of Detroit and leaders of JPMorgan Chase at the John F. Kennedy Jr. Forum.

How do you get a city working again, and what role, if any, can a business play? Those were among the questions tackled by Detroit Mayor Mike Duggan, Jamie Dimon, chairman and CEO of JPMorgan Chase, and Peter Scher, JPMorgan Chase’s head of corporate responsibility at a panel at the John F. Kennedy Jr. Forum at Harvard Kennedy School on April 11. Duggan is famous for literally turning the streetlights back on in Detroit after he was elected in 2013. Dimon and Scher have committed $150 million to help revitalize the city. The panel, titled “Invested in Detroit,” was moderated by Karen Mills, senior fellow at Harvard Business School. 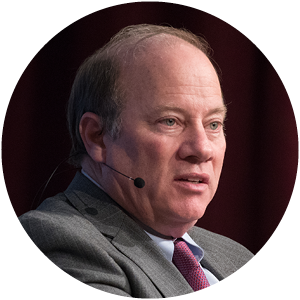 “I would say this to you: We have more problems than we have the capacity to solve. When you’re in government, if you’re going to get really good people, you tend to catch them at the early parts of their career, or after they’ve retired. It’s hard, at government salary, if your kids are in college and you’re paying tuition, to work. So really effective governments are excellent at identifying mission-driven young people, giving them chances earlier in their career that maybe a conservative business wouldn’t. … If something in your heart says ‘I want to be part of rebuilding a really important city,’ we have a spot for you." 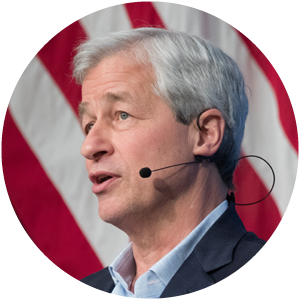 “I beg businesspeople, when you go to Washington or you go see the mayor, don’t be so parochial. Do what’s right for the country. You’ll be fine. If businesses are always talking about their own book, that doesn’t help. If they’re only there for themselves that’s not good for society. If they don’t get involved, it won’t get better."

“My view is that business taxes need to be competitive. I don’t understand the argument that having an uncompetitive international tax system is good for America. ... We have a very progressive tax system, it should remain progressive, and if we need to tax at the higher end a little bit more, then so be it. But I wouldn’t mess up the economic engine." 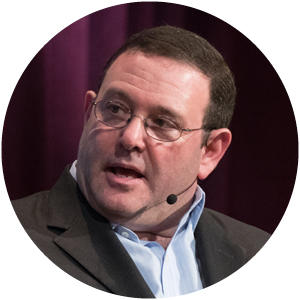 “We have relationships with 60 million American households. That’s real-time data on where things are being spent. We’re using that data to measure both how we’re doing, but more importantly to [inform] the decisions we’re making about where to invest… One of the things the data is telling us is how far people have to travel, particularly people in poorer neighborhoods – to buy groceries, to go to pharmacies, to get dry cleaning, to go to restaurants – and so we can look in Detroit and understand where are the pockets of money being spent on groceries and what’s the access. … What it tells you is there’s a lot of money in those neighborhoods."

“As of the end of 2017, we had invested about $117 million [in Detroit]—$65 million of that was deployed through loans. … When we started this, we did not expect to be making any money back anytime soon. By the middle of last year, $10 million had been repaid. We can redeploy that."

“The other question is, how are we going to relate to people in Detroit? If we showed up like a bunch of stereotypical Wall Street bankers with the answers to everything, I think it would have been a really hard sell. So, our directive to our folks was, ‘Listen. Just listen.’ So, I’d sit down with the mayor for the first time, I’d say, ‘I have some ideas,’ and he’d say ‘Well that’s great, I have some ideas, too.’ It’s not about us, it’s about what you can actually do to help the city."