On the ground: HKS in Somerville | Harvard Kennedy School
Skip to main content 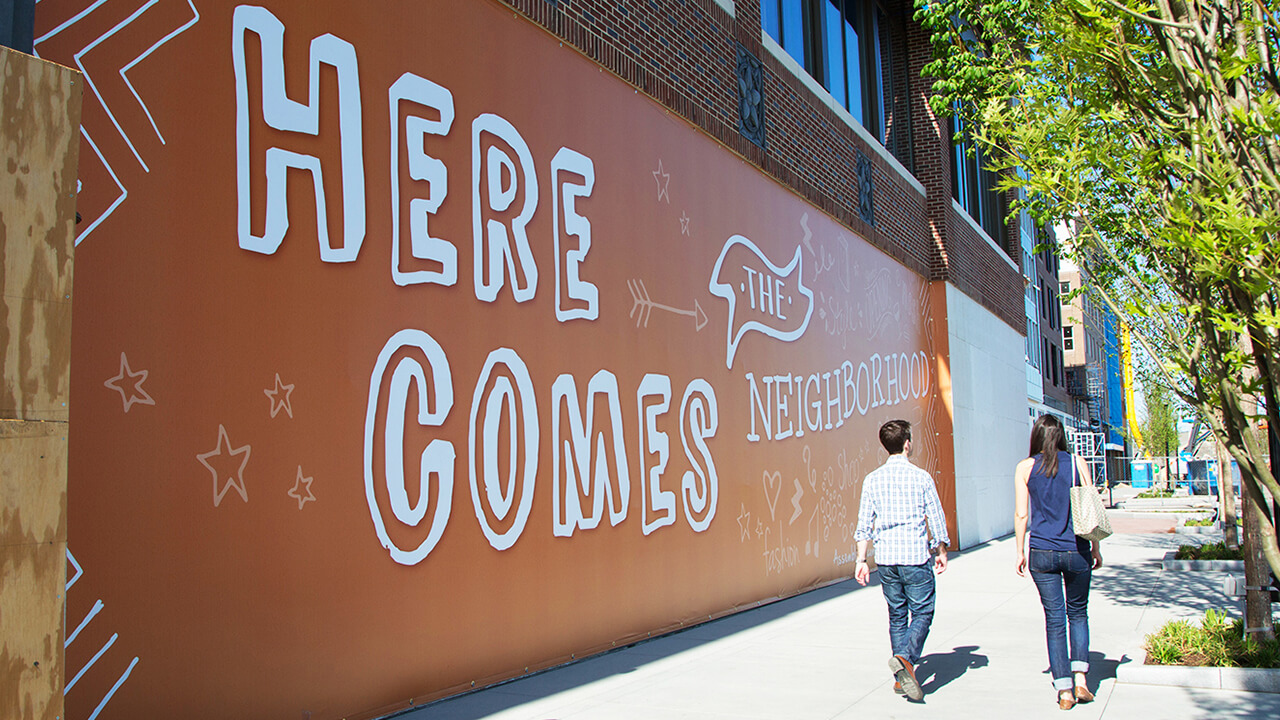 On the ground: HKS in Somerville

A professor, a mayor and a class full of students change a community and reinvent a way of teaching.

IN A WINDOWLESS ROOM on the second floor of Somerville City Hall, five Kennedy School students crowd around a table and talk two officials through a spreadsheet projected on a large screen. Switching from tab to tab, running down columns of numbers, calculations, and estimates, the students—part of Professor Linda Bilmes’s applied budgeting class, MLD 412—show the vast quantity of data they have collected and sorted on buildings the city owns and is unsure what it will do with. Former schools, nursing homes, courts, are now left abandoned or used as annexes or recreation centers. Should they be sold, taking advantage of Somerville’s current real estate boom? Leased to businesses to grow the city’s tax base? Or kept in reserve to meet the future needs of this increasingly popular and populous city?

For the two city officials, this is a relatively familiar scene. One of them, Emily Monea MPP 2013, was a student in the budgeting class and was on the other side of the table just two years ago. The other, Daniel Hanley, has been working with students of MLD 412 since 2011. His position as head of the city’s SomerStat office —which uses data to track city services and performance—was created with the help of a study completed by the students in 2007.

The talk is candid. Hanley and Monea offer unvarnished opinions on the state’s use of funds or city policies and tell the students what particular features of the spreadsheet would be most valuable to Somerville and what the students can reasonably be expected to do. The atmosphere is one of trust and respect, because the relationship between the city and the school has worked really well for both parties.

The city has gone from a symbol of urban problems to an icon of modern municipal management. It is still a city of neighborhoods, where the mayor coaches the football team and the accents vary from broad Boston to Latino, Asian, and African.

But what was once sometimes derisively referred to as “Slummerville”— a synonym for corrupt city governance; a poor cousin to Cambridge and Boston—is now a city brimming with young families, new businesses, construction, and its fair share of hipsters.

The partnership has offered the school a living laboratory, with real needs and problems and with the openness to engage an academic partner. It has helped create a new generation of students devoted to working at the municipal level (the class counts 13 mayors among its alumni) and has given the school new standing in the field (175 cities, including London and other foreign capitals, are on the waiting list of those wanting to work with the students). Together with other field-based projects, such as the school’s post-Katrina redevelopment effort in New Orleans’ Broadmoor neighborhood it has allowed HKS to pioneer experiential learning in public policy—complementing the school’s rich tradition of case teaching and core technical classes. It is part of a mix of new approaches intended to transform the way the school prepares students for public leadership.

It was shortly after his election as mayor of Somerville, in November 2003, that Joseph Curtatone MC/MPA 2011 visited the Kennedy School for an Institute of Politics seminar for newly elected mayors.

He was all too familiar with the short trek to Harvard Square, which he’d taken hundreds of times as a youngster. “We’d walk to Harvard Square and sometimes pick up a bike on the way back,” Curtatone jokes. But he knew that behind the walls that separated someone like him from the quiet courtyards, there was a lot going on.

At the seminar, he attended a panel at which Bilmes spoke about performance-based budgeting.

“At the end of the panel, I approached Bilmes and told her these were the things I had talked about in my campaign,” Curtatone remembers. “And I saw an opportunity. I asked, ‘How can I and my future administration work with Harvard Kennedy School? And by the way, we have no money.’ We literally walked right into her lecture hall, and I addressed 100 students. What we saw was an incredible opportunity. The city could be an experiential classroom for the students. The school would be a resource of knowledge for the city.”

When Bilmes asked who would be interested, 80 hands shot up. The students set about helping the new Somerville adapt a new approach to budgeting. The old budget was abstract and opaque.

“What it told us was how much we spent,” Curtatone says. “It didn’t tell us how we were spending taxpayer money. It didn’t tell us if the money was aligned with any goals or objectives that we all embraced, not just as an administration but as a community.”

The students broke up into teams and were embedded in every agency and department across the city, talking with directors and rank-and-file city workers. They helped convert the line-item budget into a program-based format, giving administrators and citizens insight into how much was really spent on safety, on street cleaning and snow plowing, on education. (The city’s budget, produced to look like a reader-friendly brochure, is now a model of competency and transparency.)

More projects followed, including SomerStat, a performance-management initiative based on the successful CitiStat and CompStat programs in Baltimore and New York City; an evaluation of the fiscal impact of charter schools on the Somerville Public School budget; the development of a fiscal rescue package for after-school programs that were losing state grant money; an analysis of the revenue implications of changing Somerville parking citations and meter fees; and a capital plan and operating model for a new recreational center in Foss Park.

The efforts of the mayor and his administration, combined with those of students of MLD 412, had a noticeable impact. The city was soon dubbed “The Best Run City in Massachusetts” by the Boston Globe. More concretely, in March 2014, Standard & Poor’s raised the city’s bond rating to AA+, the second-highest rating on the agency’s scale.

“Maybe, when you’re out on the street, the impact that a Kennedy School student has had on the city is not obvious,” says Emily Monea, the former student, who is now the city’s Community Preservation Act manager. “But we can certainly tell the difference at city hall. And it really is almost a cultural change that’s happened at city hall, just the way we approach problems and problem-solving. I think that from the moment the Kennedy School students started working in the city, there have been those maybe subtle but really powerful changes.”

The students’ work has touched not only Somerville but projects in other Massachusetts municipalities, including Hull and Newton, and even Sea Bright, New Jersey, where students helped the town explore funding options to recover from the devastation of Hurricane Sandy. And although Somerville was the first, Boston has now become the largest “customer” of the school’s budgeting class. (The class receives important funding from the school’s Rappaport Institute for Greater Boston.) Since 2009, students have worked on projects ranging from street lighting maintenance to vehicle fleet optimization; from the economics of trash collection to expanded use of the Harbor Islands; from a pricing strategy for the Hubway, the bike-sharing program, to the development of a 311 hotline for Boston residents.

Officials from states, cities, and towns across the Northeast, and even cities in South America and Europe, have come knocking, looking to team with the school in similar projects elsewhere. Scaling the program to take on clients that are more than a Charlie Card ride away is an ambition Bilmes openly shares, but for now that is too logistically laborious.

However, regardless of whether the model stays local or expands further, it is now largely set. And beyond what it offers to towns and cities, the benefits it offers students are well established.

About two dozen students enroll each year in Bilmes’s advanced budgeting class. Almost all of them, representing all the school’s degree programs (although most are MPPs), have taken her introductory budgeting class, so they are familiar with the budgeting tools they’ll need.

The advanced class tests students by making them work with vast reams of messy, real-world data—pulled up from various city departments, compiled in different ways, maybe even with significant gaps or wrong information—not the small, cleaned-up versions they might find in a class.

Their work for real clients, who count on the final results for important policy decisions, gives them a sense of urgency and importance. And collaborating in teams of four or five compels the students to learn to share information, delegate tasks, motivate one another, and build on one another’s skills.

“We’re not teaching them to be financial analysts or to be budgeteers or to be accountants,” Bilmes says. “We’re teaching them to understand how to use numbers, how to use finance and accounting and budgeting so that they can do well in their organizations, whether they’re public or private sector, asking the right questions and really understanding the dynamics of an organization in a profound way.”

The lessons have not been lost on the school. The success of the school’s experiential learning offerings, has struck a chord with school officials. Not only does it represent the sort of impact the Kennedy School espouses, it incorporates the sort of hands-on learning that modern pedagogy tells us is most effective.

As co-chair of the school’s Strengthening Learning and Teaching Excellence (SLATE) initiative, Jack Donahue has followed Bilmes’s progress closely. In 2013, he began to incorporate several features of the class in a pilot Policy Analysis Exercise (PAE) program. Teams of four or five students work with a client chosen by a faculty member on a project developed by the faculty member and the client.

Beyond giving students an understanding of local government finance, the class has given them an appetite for the work. More than one-third of class participants have gone on to work with state and local governments or associated institutions. Many of them return to the class to teach and to recruit new graduates.

And Curtatone, keenly aware of what the students and graduates have helped do for Somerville, graduated from the school in 2011 and in 2014 became a senior fellow at the Ash Center for Democratic Governance and Innovation. This year he will help teach, along with HKS Lecturer and Innovations in Government Program Director Jorrit de Jong, a class that will allow HKS students to work on public sector innovations in three Massachusetts municipalities.

“The Kennedy School fosters those personal and professional bonds that open the doors for so many things: partnerships, innovations, relationships that last a lifetime,” Curtatone says. “It’s been the most powerful educational experience of my life.”