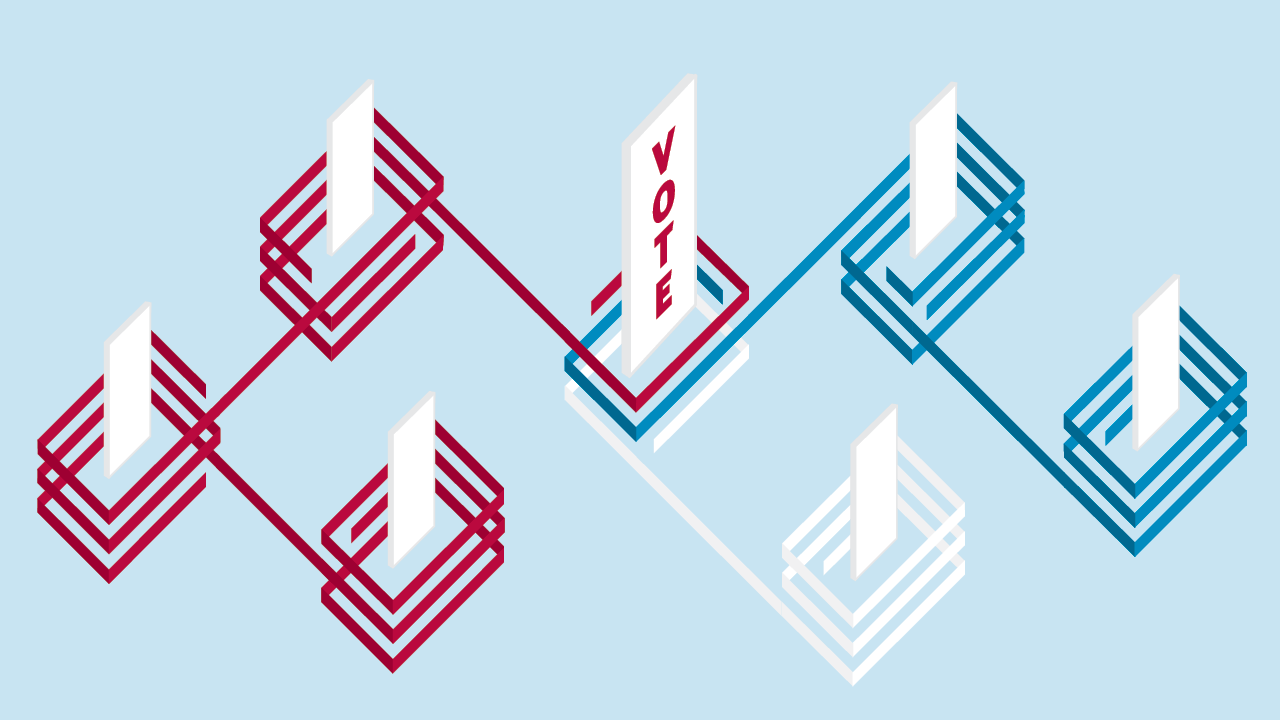 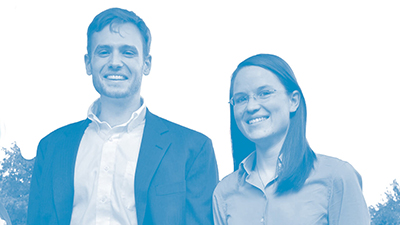 THE SIMPLE ACT OF VOTING, that most direct way for most of us to pull the levers of government, can be very complicated. Seth Flaxman MPP 2011 and Kathryn Peters MPP 2011 want to change that. “Voting should fit the way we live” is the slogan of Democracy Works, the nonprofit they created after graduating from the Kennedy School, which is now a sort of holding company for all the initiatives they have launched.

Flaxman and Peters (right) came up with the idea for TurboVote, their first project, while they were classmates at the Kennedy School. Although both were politically active, being away from their homes and swamped by their busy school schedules meant they missed voting in several elections. TurboVote was created as a sort of concierge service for the voter—to take care of your registration, remind you where and when to vote, and get you all the paperwork you might need. But that was only the beginning of what Flaxman and Peters describe as the “ecosystem of democracy” that they began to build. If TurboVote was “customer service” (and Democracy Works’ proof of concept), other initiatives looked to build out the back end.

The two worked with election officials to create a database of all elections (from dog-catcher to president), build voter-notification systems, and track absentee ballots. Democracy Works has also launched an ambitious new initiative: helping America get to 80 percent voter turnout by 2024. It’s a moon shot, the founders realize, but then again, thinking small was never part of the plan. 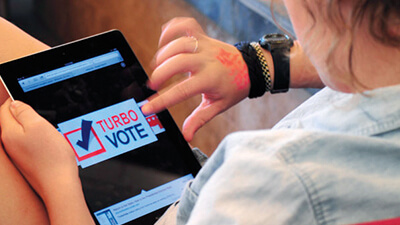 It took TurboVote five years to sign up the first million voters. That was in 2016. They are now building to 3 million. “Exponential growth” is not a term the team at Democracy Works uses, but its strategy of partnering with universities and nonprofits is paying off. The TurboVote app (the TurboVote name was suggested by one of its founders’ HKS advisors, Archon Fung, Winthrop Laflin McCormack Professor of Citizenship and Self-Government) lets a voter register, request an absentee ballot, and generally stay up-to-date on deadlines, elections, and more. Schools at Harvard can get dedicated portals, allowing them to slightly customize their users’ experience. Security and privacy are an important focus.

The last time voting turnout hit 80 percent was 1888: Benjamin Harrison and Grover Cleveland ran for president (Harrison won); more than half the electorate (women, minorities) was disenfranchised; and Civil War pensions were one of the hot campaign issues. Flaxman and Peters want to get back there—not to 1888 but to 80 percent by 2024. They’ve launched a campaign and formed partnerships with some of the country’s largest corporations. Universities have also taken up the challenge. 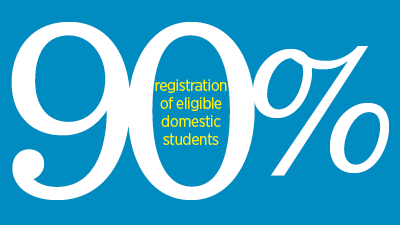 Harvard Kennedy School is launching its own moon shot. The initiative, part of a cross-University effort, aims to have registration of eligible domestic students at the School reach 90 percent. TurboVote is helping the School reach its goal by providing an exclusive HKS registration portal.

Where can you go to find out what’s on the ballot and where to vote? The web, of course. But until recently, there was no standardized, reliable, and verified source of information. The Voting Information Project was born to provide that service. The Pew Charitable Trusts and Google started it. Democracy Works now provides the “tech geeks” working the engine room. The data is available at the website Get to the Polls and via a widget and sms tool.

A 2012 study found that nearly 4 million absentee ballots never made it to the voters they were supposed to reach, and that nearly 3 million never made it back from voters to election officials. Together with election offices across the country, Democracy Works designed a barcode system that would allow officials and voters to track their ballots easily and accurately.

Starting last fall, voters in Douglas County, Kansas, took part in a pilot project that allowed them to receive text and email notifications for upcoming local elections. Democracy Works collaborated with the Douglas County clerk’s office on the project.