Dara Kay Cohen’s class questions common assumptions about the role of sex and gender in violence during both wartime and peacetime.

In many common narratives about war, men are cast as agents or combatants, with women and children in the role of their victims. Male and female leaders, both in national government and armed groups, are also subject to different expectations. But do men and women actually make different decisions about conflict? Are there fundamental differences in the sexes’ approach to war?

These and other questions about sex, gender and violence inspired Dara Kay Cohen, associate professor of public policy at Harvard Kennedy School (HKS), to develop a course she’s teaching for the third time this fall. (Cohen has twice received HKS’ Dinner on the Dean outstanding teaching award for the course.)

“I wanted to debunk the assumptions we all have about violence, gender and war,” Cohen says. Her course, Sex, Violence, and Global Politics, digs into common theories about war and gender, and addresses many facets of this complex issue: the role of women as armed combatants in rebel groups and national militaries, the politics of “victim” and “victimizer,” the responses of governments and NGOs to protect those who have suffered sexual violence.

“I wanted to review and possibly refute the conventional wisdom, and drill down into the data,” Cohen says. “How are these assumptions about gender and war flawed? Who perpetuates them? And how can we conduct better research as we study violence and conflict?”

In her class, Cohen discusses the ways that stereotypes become problematic: for example, the focus on women and children as victims of sexual violence means that many men’s stories of trauma go untold. “Male victims of war are often neglected by contemporary policy interventions, which focus on women as victims,” she said.

Cohen urged her students to consider ways to strike a balance in their research and storytelling, while cautioning that cultural and social factors play a large role in shaping a country’s narrative of conflict. Researchers who come in from the outside (with their own cultural lenses) may have trouble overcoming those factors, or convincing interview subjects to tell their stories.

Sometimes, though, the common wisdom is borne out by the research: for example, there is a well-documented gender gap in studies of public support for war. “It’s one of the largest and most consistent gaps in polling data,” Cohen explained. “Women are almost always less supportive of the use of force” in civil or international conflicts. The gap, she said, is consistent in most regions of the world with one notable exception: the Middle East. “We’re not sure exactly why,” she admitted, though she pointed to the region’s long history of political instability and conflict as a possible factor.

In a later class session, Cohen raised a thorny ethical question: is it ever acceptable to manipulate conflict data (or indeed any field data) to serve a noble purpose? She cited examples of human rights organizations who may amplify certain types of pattern in the data to highlight injustices suffered by civilians, especially vulnerable populations, during wartime.

“I don’t want to demonize human rights organizations,” Cohen said. “There’s a lot to discuss about how to frame stories to direct attention to those who need help.” But, as she pointed out, there is danger in inflating the statistics or in emphasizing one part of a narrative over another. She cited a widely circulated statistic among human rights NGOs, which drew on a misunderstanding of a pattern in a UN study to claim that 75 percent of women in Liberia had been raped during the country’s civil war; the study actually showed that 75% of the respondents—all victims of sexual violence—said that they had been raped.

“We consider a ‘massive rape crisis’ to be happening if 8 to 9 percent of a population is raped,” Cohen explained. “So a ratcheting up of data like this has potential serious consequences: does a crisis have to reach this overwhelming level in the future for it to matter?”

Cohen’s research focuses more broadly on violence during wartime and its far-reaching effects. Her book Rape During Civil War, published last year by Cornell University Press, has received the 2017 Theodore J. Lowi First Book Award from the American Political Science Association. It is also the co-winner of the ISSS 2018 Best Book Award from ISA. The book dives into Cohen’s research on wartime rape in countries such as Sierra Leone, Timor-Lester and El Salvador. This summer, Cohen and a colleague traveled to Port-au-Prince, Haiti, to conduct new research on gender, public opinion and violence related to war.

“I want to ask better questions,” Cohen says of her research, and of her aim in teaching the course. “I want my students to do that, too.” When her students graduate from HKS and head back into the field, or into their own academic careers, she urges them to be “more skeptical consumers of the data, and more innovative researchers.” That’s a worthy aim whatever the subject matter, but may be particularly important with regard to such sensitive issues. 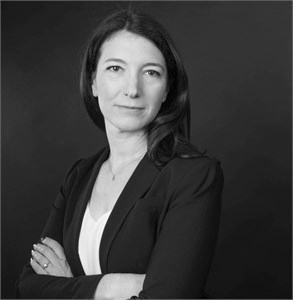