Civil war tore Sierra Leone apart from 1991 until 2002. For the past decade, Zoe Marks, who joined Harvard Kennedy School as a lecturer of public policy this fall, has examined the dynamics and longevity of the conflict and its warring sides. Having spent much of her time in the field, she is expanding that research into a more human understanding of the combatants. Marks, who received her PhD from the University of Oxford and previously taught at the University of Edinburgh, seeks to bring excluded voices to the fore both in her research and in academia. She will be teaching “Africa in Global Politics” (IGA-632) in spring 2019. 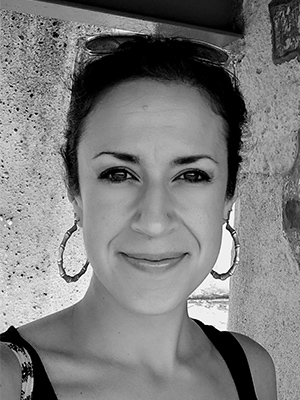 Q: What’s the most interesting thing you’ve ever come across in your work?

To me, the gift of research is that most things are interesting. But two discoveries in particular spring to mind that have shaped my work. First is the fact that many people who are forced—by circumstance or coercion—to join rebel groups sometimes also go to great lengths later on to stay in these armed groups. Much of my research in the past 10 years has been in Sierra Leone, in West Africa, where I’ve heard dozens and dozens of stories from people who fought in the war. It has been haunting to hear how violence pushed people into armed groups, and how they then used those same threats and abuse to force others into joining them. In war, these cycles are part of a broader system of fear and insecurity from which it is incredibly difficult for individuals acting alone to break free. Diving into that context through interviews, however, I discovered a second incredibly interesting thing: The leader of the rebellion used to ask his head bodyguard for foot rubs at their guerrilla base deep in the jungle. Details like this and other stories of power, intimacy, and vulnerability underscore how complicated personal relationships can be—especially in war. My new research tries to grapple with how dynamics of friendship, love, and trust shape survival during conflict and in its aftermath.

Q: What’s the most important thing a student will learn in your class?

This year I’m teaching a course called “Africa in Global Politics.” The most important thing students will learn is that Africa is the key to understanding today’s global political and economic system and its inequalities. Two major historical occurrences benchmark this: the slave trade, which led to global capitalism; and African independence, which established the present international state system. But they will also learn that Africa’s story very much lies in its future—one in three people on Earth will live in its 54 countries and 10 contested territories by 2100. Ultimately, listening to African voices and taking the continent’s political contradictions seriously are essential to understanding its dynamism and uncanny ability to foreshadow global political trends.

One of the through-lines of my work is examining how power inequalities manifest and multiply. I try to attend to and understand voices and experiences that are systematically excluded in most conflict research. And in academia, I’m constantly seeking new tactics to make universities inclusive and equitable. In real-world terms, this is crucial because policies are designed to address events and experiences that have been seen and heard by people with power. If we only ask questions about individual actors, we can’t develop policies informed by social relationships. If we assume people are inherently violent, we can’t call on armed groups to adhere to their own laws and principles of restraint. And if we don’t ask whether there are experts who are not in the room, we overlook opportunities to learn from people on the frontlines. These are some of the ways I try to approach problem solving in my teaching and research.

Q: What’s the most interesting thing about you that’s not on your CV?

At the moment, it’s probably that I have lived most of my adult life abroad—in five countries and on two continents. (Perhaps less interesting, but more surprising, is the fact I once appeared in The New York Times style section for my nail polish art, which itself resulted from not being able to carry my paint canvases between all those countries!) Being an immigrant has dramatically shaped my view of politics, race relations, and America’s real or perceived role in the world. I’m grateful to be returning home now to pursue justice, equality, and intellectual rigor with a global community I truly cherish.

New faculty member Desmond Ang talks about examining the stark lines of race and ethnicity and the importance of diversity in policymaking.

Q&A with Michela Carlana: Studying the impacts of gender on education

Erica Chenoweth’s work has demonstrated the long-term value of civil resistance versus political violence in achieving major change.
Copyright © 2020 The President and Fellows of Harvard College.