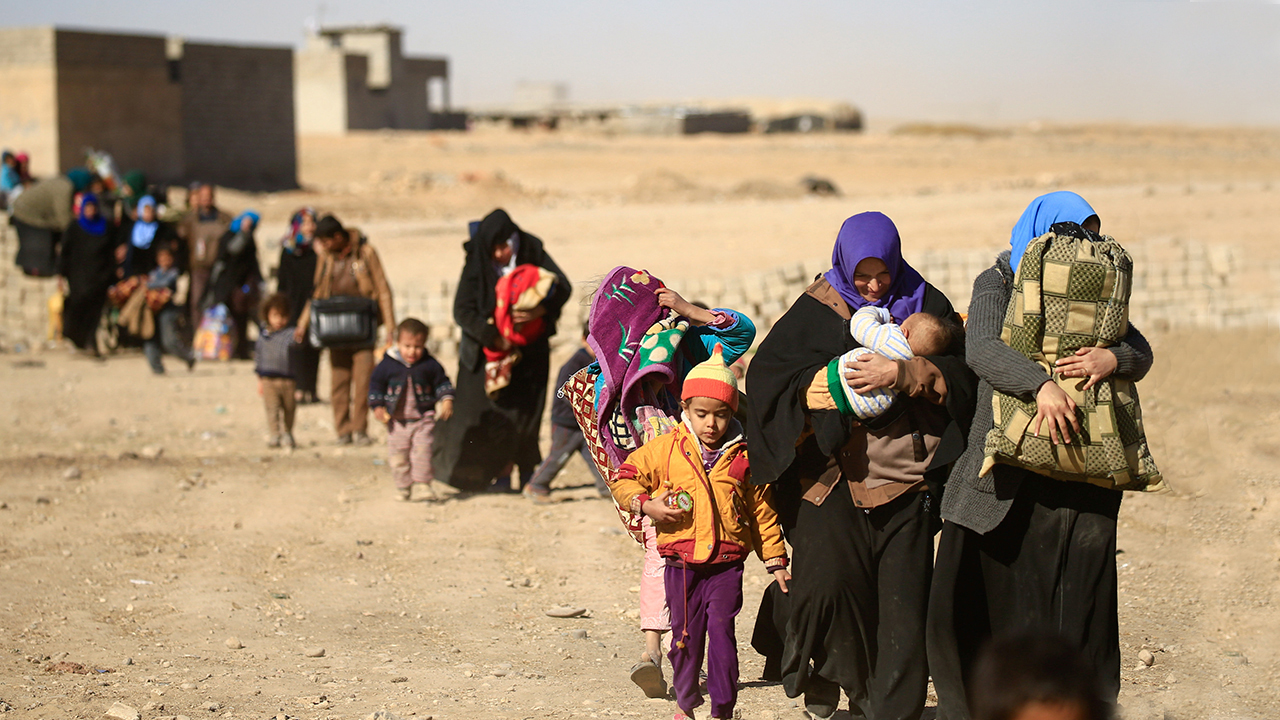 Research from around Harvard Kennedy School on immigration

In 2015, nearly a quarter billion people lived in a country other than where they were born. Whether fleeing from poverty or war (20 million out of the 244 million are refugees) or marching toward opportunity or reunion, whether illegal or legal, smuggled in a container or arriving by jet, an enormous population is on the move. For the countries left behind and those that are destinations, immigration is an issue with enormous political, economic, and moral implications. Examining issues that range from global inequality to the wages of Miami high school dropouts, from the strain on the politics of host countries to the moral arguments for sharing wealth or helping the most vulnerable, Kennedy School faculty members are bringing critical thinking to this often emotional subject.

A 35-year-old Haitian man with a high school education would earn six times as much in the United States as in his native country. Lant Pritchett, Professor of the Practice of International Development, calls geography’s cruel discrimination the “place premium.” His research has documented wage differences across the developing world. It has also pointed to an obvious truth: Allowing mobility of labor across borders combats poverty in a way that all the interventions proposed by development economists can only dream. Microcredit in Bangladesh and deworming in Kenya have been lauded for their success; but to earn the equivalent of the lifetime wage gains created by those interventions would take workers from those countries anywhere from a couple of days to four weeks working at American wages. The “antipoverty effects of movement,” in other words, are enormous.

In April 1980, Cuban President Fidel Castro announced that Cuban nationals wishing to leave the country could do so freely from the port of Mariel. By the time what came to be known as the Mariel boat lift was over, some months later, about 125,000 Cubans had left for America. The tumultuous episode offered economists a unique opportunity to study the effects of mass immigration on a community. Early, influential studies showed that wages were not really affected. Immigration economist George Borjas, Professor of Economics and Policy, went for a reappraisal. But he focused specifically on the high school dropouts who were likely to face most competition from the Marielitos, 60 percent of whom were dropouts. Borjas found a stunning correlation, unique to South Florida: The average wage of the least-skilled Miamians dropped from 10 to 30 percent in the years after the boat lift. Not all boats, his research shows, were lifted by this migration event.

What happens when a wave of migrants return to their country of origin? Albania saw more than 100,000 migrants come home after the Greek economic crisis began in 2009, providing Ricardo Hausmann, Professor of the Practice of Economic Development and director of the Center for International Development, and Ljubica Nedelkoska, a Growth Lab fellow, with the opportunity for a natural experiment. They found that returning migrants not only did not depress the wages of non-migrants, but they actually had positive effects on employment and wages. This occurred in spite of the fact that return migration reduced the inflow of remittances. Returning migrants were also significantly more likely to employ others, work as managers, and be self-employed, suggesting that they brought home skills and ideas that allowed for more economic activity, especially in agriculture and tourism, two activities where the migrants had predominantly worked back in Greece.

“The quickest way to sharply reduce global inequality would be to drop all restrictions on labor mobility in rich countries,” writes Dani Rodrik, Ford Foundation Professor of International Political Economy, in “Is Global Equality the Enemy of National Equality?” “Yet this would cause the bottom of the labor market in those countries to collapse, and possibly cause severe institutional and political damage that undermines productivity levels in the host countries.” While there are real tensions between national and international equality, Rodrik suggests existing barriers on worker mobility are too high. Partial lowering of these barriers would be desirable even if policymakers hold preferences that are far from cosmopolitan.

Although migration is seen as a “voluntary adult phenomenon,” about one out of ten migrants is a child or an adolescent. “As a society, we are stymied by a fundamental contradiction in our approach,” writes Jacqueline Bhabha in her book Child Migration and Human Rights in a Global Age. “We view the state as having a protective obligation toward vulnerable children in its role as parens patriae, parent of the nation; but we also expect the state to protect us from threatening, unruly, and uncontrolled outsiders, even if they are children. It is not that we have forgotten or missed the problems of migrant children. Rather they are a moving target, compelling but shifting, and we are deeply ambivalent about our responses. Our neglect of child migrants’ rights is therefore a strategic compromise that represents our unresolved ambivalence. It has enabled us to avoid the conceptual and political dilemmas raised by child migration and to sidestep the policy challenges it presents.”

How can you begin to think about immigration if you take the seemingly radical position that humanity collectively owns the earth? It’s a concept pivotal to early political philosophy, and one that Mathias Risse, Professor of Philosophy and Public Policy, is revisiting. Risse thinks of ownership more in terms of “intergenerational trusteeship” and argues for the “proportionate use of collectively owned resources and spaces.” “If we think of immigration in terms of population movements across a collectively owned planet, we recognize that immigration policies are not entirely discretionary,” Risse writes. “That is, it is not exclusively up to a state to decide what kind of immigration it wishes to have. Instead, contrary to current political practice, immigration policies must be assessed from a global standpoint, the standard of assessment being whether policies accommodate a proportionate number of people.”