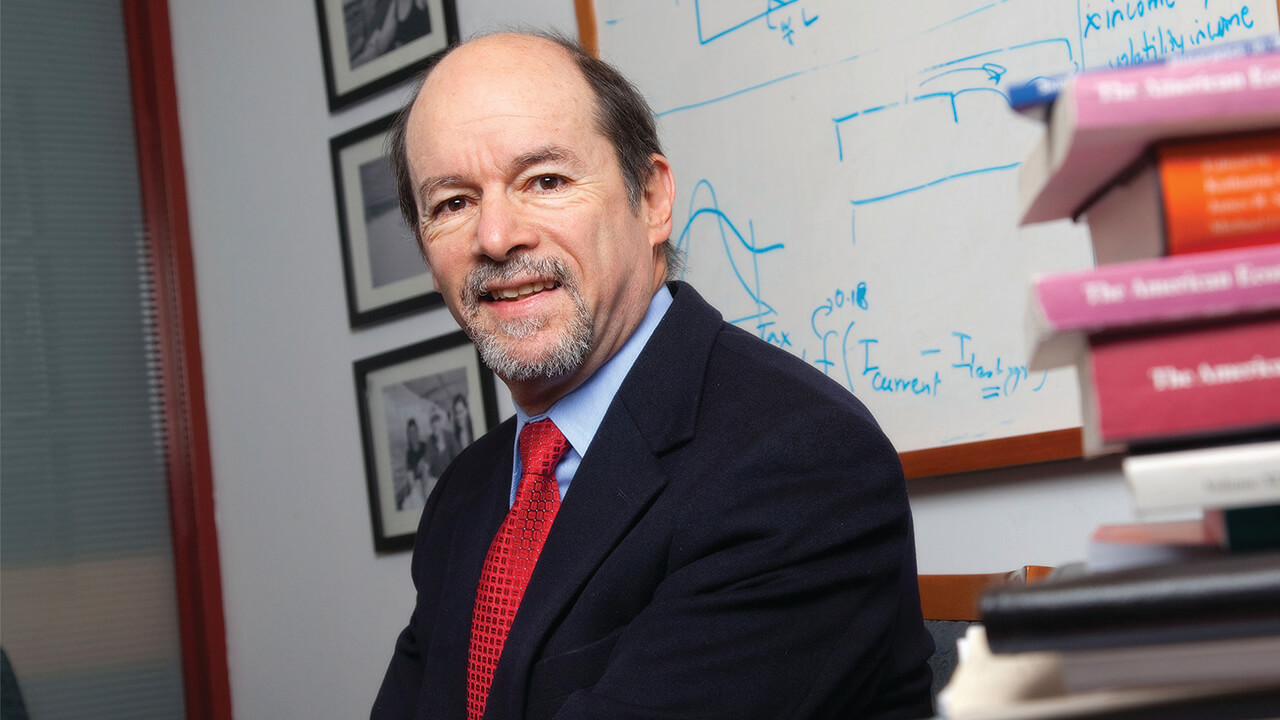 China tariffs may not be a negotiating ploy; they could be the goal: Q&A with Harvard Kennedy School trade expert Robert Lawrence

The push to correct China’s unfair trade practices is cover for an “ill-considered protectionist” agenda.

The trade dispute between the world’s two largest economies escalated further this week (September 24) when the United States imposed tariffs on $200 billion in goods. China is expected to retaliate by placing tariffs on $60 billion on American goods. The American tariffs come on top of $50 billion imposed earlier in the year. The Trump administration has pointed to China’s unfair policies relating to U.S. technology and intellectual property. “These practices plainly constitute a grave threat to the long-term health and prosperity of the United States economy,” President Donald Trump said in announcing the tariffs. “For months, we have urged China to change these unfair practices, and give fair and reciprocal treatment to American companies. We have been very clear about the type of changes that need to be made, and we have given China every opportunity to treat us more fairly. But, so far, China has been unwilling to change its practices.” Robert Lawrence, Albert L. Williams Professor of International Trade and Investment at Harvard Kennedy School, sees a different explanation for the Trump administration’s trade policies.

Q: Why don’t you take the Trump administration’s explanation at face value?

Trump has justified the tariffs as measures designed to pressure China to stop its unfair trade practices such as cyber theft of trade secrets, failing to enforce the intellectual property rights of U.S. firms, and using market access as a means of forcing technology transfer. Not surprisingly, this explanation has struck a chord with Americans who agree that such Chinese policies are a problem and who interpret Trump’s actions as a temporary negotiating ploy that will achieve fair and free trade in the long run. Indeed this seems to be the view that has allowed the stock market to remain strong.

It is also common to read interviews with his supporters who have been hurt by Chinese retaliation on products such as soybeans in which they say they are prepared to make sacrifices and endure the short-term losses because eventually China will be forced to change its policies. But there is good reason to be suspicious of this interpretation of Trump’s actions. After all, if there is one thing Trump has made clear, it is that he believes that when U.S. firms outsource production to countries such China, American workers lose the jobs he has vowed to protect. Recall, for example, how Trump lashed out at American companies that outsourced manufacturing to Mexico. Yet suppose that the Chinese agree to comply with U.S. complaints and agree to change practices that restrict foreign investment, weaken intellectual property protection, and force firms to transfer their technologies to local firms as a condition for selling in the Chinese market. Surely, this would make China a more attractive location for U.S. companies who are thinking of offshoring their production.

Q: So what might the Trump administration actually want from this trade war?

Inconsistency is not exactly unusual when it comes to Trump’s behavior. And it is always possible that Trump could reach a settlement with China that he would portray as a victory.   But there is a much more plausible interpretation of these actions: These tariffs are not a temporary negotiating ploy; they are the measures Trump has long wanted to permanently put in place to punish American corporations that use Chinese workers to produce the products they sell in the United States, and to protect U.S. jobs. In 2011, he wrote a book in which he vowed to place tariffs of 25 percent on imports from China and during the campaign he again promised to tax the products that are produced abroad and imported to the United States by American multinationals. And that is exactly what he had done, and it is also why the administration’s goals in these negotiations with China have never been made clear.

Indeed, the White House rationale for the trade war keeps changing. First, it seemed that an agreement to reduce China's trade surplus with the United States would be enough to satisfy the administration. But when the Chinese came to Washington prepared to undertake measures to buy more American products, their offers were rebuffed. Now, it seems China is expected not only to meet legitimate demands to strengthen intellectual property protection and stop pressures on U.S. firms for technology transfer, but also to abandon the industrial policies known as Made in China 2025, which represent the core of its development strategy. If this interpretation is correct, these tariffs are likely to be in place for a long time and as a result are likely to cause considerable damage to the global supply chains that have been the foundation of a rules-based trading system that has been beneficial to both the United States and its trading partners.

The president’s policies are a tragedy because they have also undermined America’s leadership role. The problems presented by China’s protectionist policies and weak enforcement of intellectual property rights could have been dealt with through measures that would have been consistent with the role of the United States as the leader of the rules-based trading system rather than its greatest threat. Instead of alienating its allies by using the pretext of national security to impose tariffs on their steel and aluminum exports (and further threatening to impose tariffs on their automotive exports), the United States should have joined with its allies to put pressure on China to conform to WTO rules where these are applicable and to negotiate new rules that are better suited to the challenges the Chinese economy presents.

But like many American presidents who have involved Americans in real wars, Trump seems to have launched this war without a clear end game. As a result, rather than inflicting temporary harm in the name of greater good, the measures are more likely to remain in place for a long time. The apologists who believe we have to endure plummeting soybean prices and higher costs for the goods we consume so that Trump can achieve fair trade are going to be sorely disappointed. The reality is that he is a protectionist whose ill-considered policies will do considerable damage to our economy and the manufacturing workers and farmers he claims to care about.

New faculty member Desmond Ang talks about examining the stark lines of race and ethnicity and the importance of diversity in policymaking.

Erica Chenoweth’s work has demonstrated the long-term value of civil resistance versus political violence in achieving major change.
INSIGHT. POLICY. ACTION.
Get smart and reliable public policy insights right in your inbox.
Subscribe to our newsletter
Copyright © 2020 The President and Fellows of Harvard College.