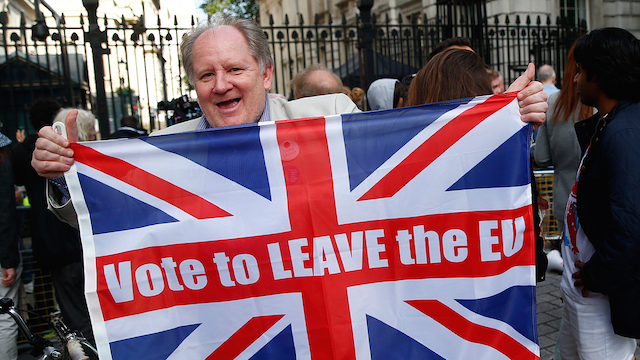 The rise of populism was ‘perfectly predictable’

In a new work paper, professor Dani Rodrik argues the recent surge of support for populism should not be surprising.

The recent rise of political populism taking form in many European nations, South America, and the United States, did not come as a surprise, argues Dani Rodrik, the Ford Foundation Professor of Political Economy. A leading scholar in the fields of globalization and economics, Rodrik writes in a new working paper that both economic history and theory provide a framework for understanding the current political landscape: Brexit, the election of Donald Trump, and the ascent of varying populist parties across many parts of the world.

“It may seem like populism has come out of nowhere. But the populist backlash has been on the rise for a while, for at least a decade or more. More importantly, the backlash was perfectly predictable,” Rodrik states. “I do not claim that globalization was the only force at play -- nor necessarily even the most important one. Changes in technology, rise of winner-take-all markets, erosion of labor-market protections, and decline of norms restricting pay differentials all have played their part.”

Rodrik differentiates between forms of right-wing and left-wing populism, variants of which have been making inroads in different places.

“It is easier for populist politicians to mobilize along ethno-national/cultural cleavages when the globalization shock becomes salient in the form of immigration and refugees. That is largely the story of advanced countries in Europe. On the other hand, it is easier to mobilize along income/social class lines when the globalization shock takes the form mainly of trade, finance, and foreign investment. That in turn is the case with southern Europe and Latin America,” he writes.

Rodrik argues that while the era global liberalism ushered in following World War II was a “great success” for many decades, the degree to which nation-states were subsumed by economic integration in the late 20th century began to undermine the fortunes of many classes of workers who suffered losses under the new regime.

“The rise of populism forces a necessary reality check,” Rodrik concludes. “Today the big challenge facing policy makers is to rebalance globalization so to maintain a reasonably open world economy while curbing its excesses.”