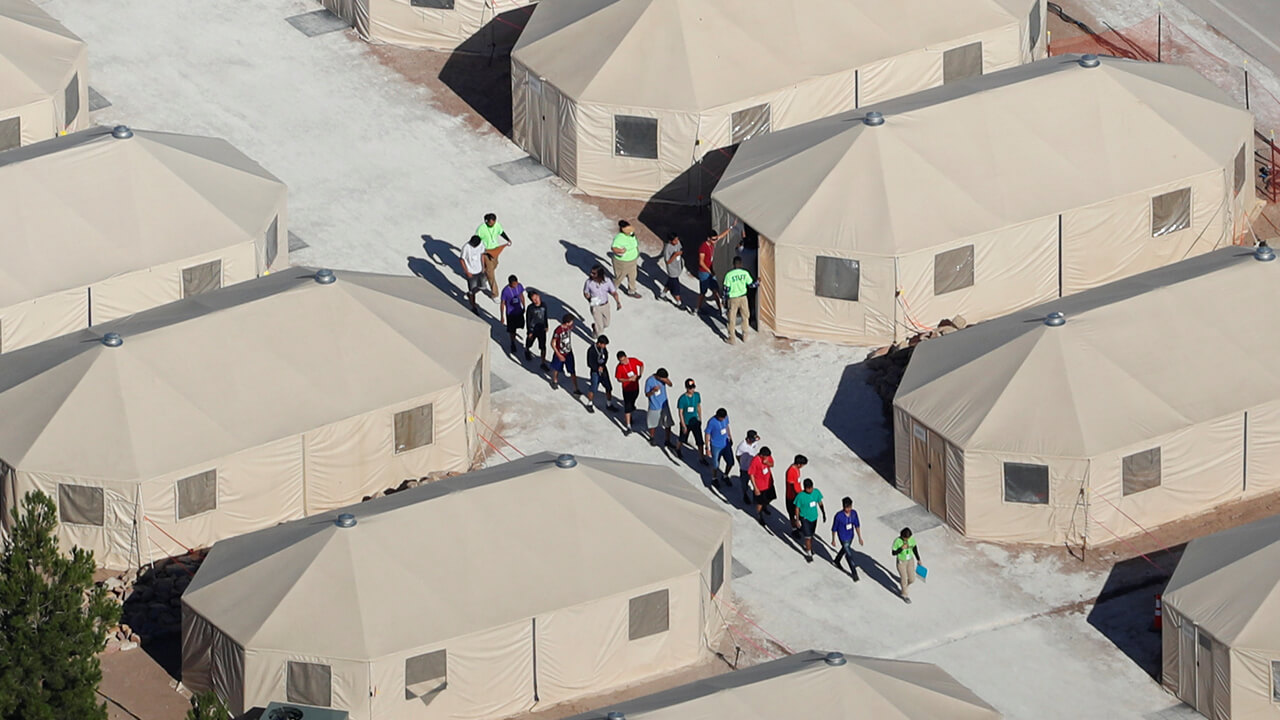 Jacqueline Bhabha speaks to the human rights of children detained at the U.S.-Mexico border.

The Trump administration’s recent crackdown on immigration at the U.S.-Mexico border has resulted in hundreds of children being separated from their families. The administration has since revised some of its policies, but the situation is far from resolved.

We spoke with Jacqueline Bhabha, Professor of the Practice of Health and Human Rights at the Harvard T.H. Chan School of Public Health and an adjunct lecturer at Harvard Kennedy School, about the impact of recent events on children and families.

Q: Recent events at the border have been not only worrisome but confusing, as the policies have shifted rapidly. Can you give an overview of the situation?

The U.S. administration had introduced a zero-tolerance immigration policy, which was designed to criminalize every adult migrant seeking asylum. Since you can’t charge children with such crimes, one immediate result was that minor children, even babies, were separated from their parents.

This policy has had two distinct consequences: detaining everybody seeking to cross the border and charging them with a criminal offense, and placing hundreds of children in detention facilities. Then there was a widespread outcry and the policy was changed. The separation of children and families has been stopped, and the criminalization was also stopped because the courts couldn’t cope with the influx. There simply aren’t the facilities in either the courts or in detention centers to accommodate all these people.

Q: What are the immediate effects of the policy change?

There are two immediate consequences: children are not being newly separated from their parents, and not everyone is being charged with a criminal offense. On June 27, there was a ruling in San Diego, the result of a case brought some months ago by the ACLU. The judge ruled that the separation of families was unconstitutional because it didn’t give proper due process. The judge then ruled that the administration had to reunify separated children with their families very quickly: within 14 days for children under five, and within 30 days for older children. And the judge also ruled that no adult who’s been detained, charged, and convicted could be deported without a trial from here on out. So no parent can be separated from their children. And last, the judge ruled that, within 10 days, the administration had to make sure that every parent was given a telephone contact with their child.

Q: How do you think the Trump administration will respond to this ruling?

My prediction is that the government will apply for a stay of this order, partly because they will find it impossible to comply with it. There may be an appeal, and I’m sure there will be a judicial process which will take place. But for now, that particular set of policies has been halted.

There are two things which continue to be very concerning. Firstly, the trauma for these thousands of children is really hard to describe. Some children will tend to recover quickly when they’re reunified with their parents, but some children will have anxiety and sleeplessness for months. Other children may have even longer-term effects. It’s called toxic stress and it can lead to a sense of abandonment. For a migrant child, especially, the only real anchor of security is the parents. If they’re living an itinerant life, these children lack the other anchors of school and community. So the sense that very great harm has been done to these children for no good reason is an enduring concern.

Second is the extraordinary and unsystematic way in which this policy has been administered. It seems, in this situation, that there is no clear and reliable system under which these children have been tracked. They haven’t been entered into a database. So mapping and tracking child to parent to reunify them is going to be very complicated. It may in some cases lead to longer separations, especially when there are language barriers and other difficulties. I know a lot of advocates are very concerned about this.

As somebody who’s worked on child migration for a long time, I’ve seen bad things happen. But this willful separation of parents and children at the border, including babies—I can’t think of a precedent in current times. This recalls the darkest chapters in U.S. history. Usually you see countries resort to these sorts of things in wartime, but in peacetime, it’s unprecedented.

The policy may have changed, but there’s still a concern over detention. Under the most recent policy change, the administration can still hold children in a confined space with their parents, and there’s a sense that they’re planning large-scale detention. We’ve ended for the moment, family separation, but now we have large-scale detention. That’s a violation of human rights, and that’s something that none of our peer countries do.

Q: Many advocates are concerned about the administration’s use of derogatory terms to describe migrants. Can you speak to that?

This use of inflammatory language is scary, and it’s indicative of atrocities. It’s often an early warning sign before atrocities, like genocide. That sort of terminology is really evil. It’s dehumanizing and it’s really scary when you’re trying to label a whole group of people as being animals, or a plague.

This whole situation really makes the United States an outlier—not for good reason but for bad. There’s this othering of whole communities. It doesn’t sit well with the notion of a moral leader, which has been part of America’s place in the world or its sense of self. But this notion of America First, which is based on a kind of nativism and even racism, is the opposite of that.

Some of the first actions of this administration were the executive orders limiting travel from Muslim-majority countries, which are known colloquially as the “Muslim ban.” The Supreme Court has recently upheld that ban by a 5-4 vote. It’s very scary to think that they’ve said the president could use his power to discriminate on the basis of nationality. This development kicks us back to policies from several decades ago, when nationality mattered when you were trying to enter the United States. The justice referred to the Japanese internment camps, which were wholesale discrimination against whole nationalities of people.

Q: Alongside these grim situations in the U.S., are there any positive changes happening in the worldwide conversation on migration and human rights?

Yes, some of the things happening internationally in the context of migration and the international refugee crisis are very positive. Unfortunately, the United States. is not part of that dialogue, but we’re hoping times will change here. Many countries are thinking about how they can better distribute responsibility for caring for refugees, so that they don’t have such a disproportionate situation with a few countries taking it on. That’s one good thing coming out of these conversations around the U.N. Global Compact on Refugees. There’s also some good language being developed so that unskilled workers have generous access to legal fees, rather than giving sole preference to skilled workers. Those are all very positive developments, to provide a bit of balance that counteracts the negative situation in the United States.

This interview has been edited for length and clarity.